Recently I was having a bite of dinner alone and couldn't help overhearing the conversation from the next table...two women dining together, one talking about an incident the night before.

..."and I went in to use the toilet in the middle of the night and he hadn't put the seat back down and I fell in! I screamed, he came running in and had to help me out and water was just everywhere...I was furious with him!"

The other woman responded, "I just wish Bob WOULD put the seat up!" Obvious implication here of the dismaying result. 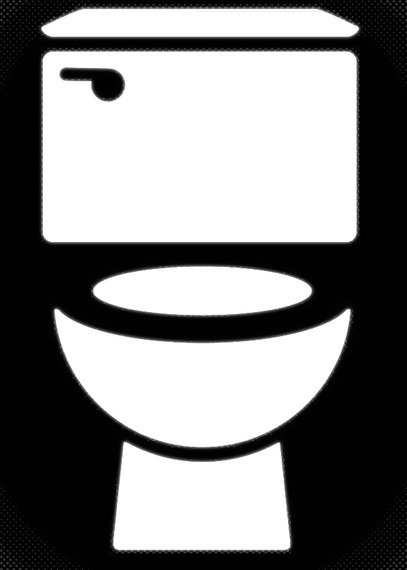 They continued chatting about their respective husbands lack of thoughtfulness in this area, both with a great deal of moral authority and martyrdom as to their situations.

While listening I began to think about the situation.

In the first place, I cannot imagine ever sitting down onto anything in any situation without first looking to see where I was going to sit...trying to be delicate here, but especially in the necessary state of undress that this would require.

Next comes ownership of the toilet in question. Who decides that it must necessarily be in one permanent position at any given moment? For the male, it of course is advantageous to have the seat in the 'up' position most of the time. Why would it not be just as thoughtful for the wife to leave it in a ready state for him? The opposite is also true...he could be just as thoughtful in leaving it down for his wife. Of course either would be preferable to Bob's thoughtlessness in just not caring whether it is up or down.

Through the years I have heard the argument evinced that it is in fact the woman's prerogative as to the ultimate general state of the toilet, although I cannot think of a logical reason for this.

And again, I cannot imagine any situation when I would go to sit upon ANYTHING at any time without first looking to see what was there.

And don't get me started on the position of the toilet paper when put on the spindle and how it should roll out.