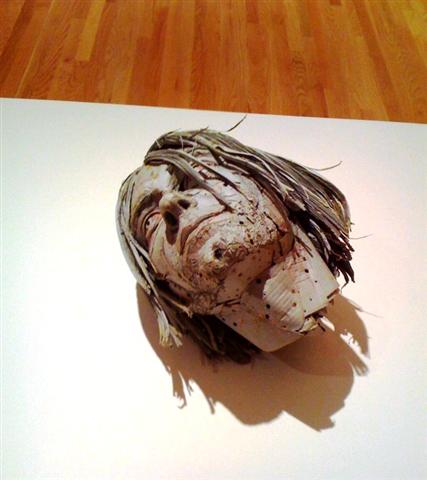 I remember exactly when I heard Nirvana for the first time.

I had taken up residence in a hostel meant for long-term travelers, on leafy Store Street a few blocks from the University of London. Armed with a work permit and a journalism degree that meant nothing, at least as far as employers were concerned, I punched the clock as a secretary in Senate House, a monolithic monument to bureaucracy where George Orwell had reportedly worked before writing 1984.

At night, I poured pints at the University of London's Union bar, where drunk students called me "Cali" because of my blond hair and American accent, despite the fact I was from Minnesota. I took up smoking just so I could have more breaks.

In some ways, I was having the time of my life, spending all my money in the pubs and on weekend trips around the British Isles. I talked books and movies and art with my fellow hostel mates, most of whom were also recent college graduates unable to game the 1991 recessionary job market. Two in particular stood out, not only for their intellectual bent, but for the hash that they always seemed to have on hand.

On one of those nights, Mark pulled out a copy of Nevermind, which his friend back home had sent. "You've got to hear this," he told me. Sean nodded in agreement. Apparently they had placed the album on heavy rotation already. The opening chords of "Smells Like Teen Spirit" rocked the room. Transfixed, I ponied up the money for my own copy and played it on my Walkman throughout my year long Euro travels.

I'm not sure why the dark lyrics and brash music appealed to me so much. Perhaps it was because I felt I had followed all the rules - college, internships, precocious professionalism - without a noticeable payoff. Or perhaps it was because my solo European backpacking adventure was the first time that I allowed myself to envision what could happen if I colored outside the lines. If my love for pop-py '80s New Wave appealed to the optimist in me, grunge spoke to baser fears.

By the time Kurt Cobain committed suicide in 1994, I had joined the mainstream, albeit not exactly in my dream locale. I lived in rural York, PA (a far cry from central London), working for a small daily newspaper. My colleagues, most of them also urban expats, felt equally displaced in York. We spent most weekends talking writing and drinking in our shitty apartments, plotting out our next career moves. Grunge proved itself an able soundtrack for this life phase too and although it's not cool to admit it, we were depressed when Cobain pulled the trigger. Better to fade away? We were still young enough to wonder.

As is the case with rock stars who die young, Cobain has served as a muse for other musicians and artists. This summer, the Seattle Art Museum (SAM) has gathered some of those works into a special exhibit called Kurt. This is the last week for the exhibit, which runs through Labor Day, along with a collection of Andy Warhol media. You can see them both for the $15 suggested admission (SAM is free on the first Thursday of the month).

Overall, I enjoyed the exhibit. While some of the homages seemed a little literal and simplistic, I loved the photos taken by Alice Wheeler, a photographer who knew Cobain while he was alive. Not only did she have some behind-the-scenes photos taken when he was alive, she captured some great shots of modern teens wearing Cobain's image, showing that something about his music resonates even among kids who weren't alive back in the early '90s.

At the same point, maybe there's something useful in revisiting the icons of your past, if only to see how much your tastes have evolved. At least to a degree. Because let's face it, "Smells Like Teen Spirit" is still a kickass song, no matter how many years go by.

Portions of this post appeared on Chris Around The World.