Seattle just passed the highest minimum wage in the nation: $15 an hour, well above the federal minimum wage of $7.25.

Yet, as progressive and monumental as $15 an hour may seem, it's actually nowhere what the minimum wage would be if it kept pace with inflation and increases in worker output.

The federal minimum wage would be about $21.72 an hour today, if it had kept up with increases in worker productivity, a measure of the amount of goods and services that can be produced in a certain amount of time, according to a widely cited 2012 study from the Center for Economic Policy and Research, a progressive think-tank.

Thanks to advancements in technology, among other reasons, workplace productivity has steadily climbed over the past half century. The same can't be said for the minimum wage, which, at $7.25 an hour, has fallen significantly since 1968 once you take inflation and the rising cost of living into account.

This chart shows just how widely the minimum wage and increases in productivity have diverged: 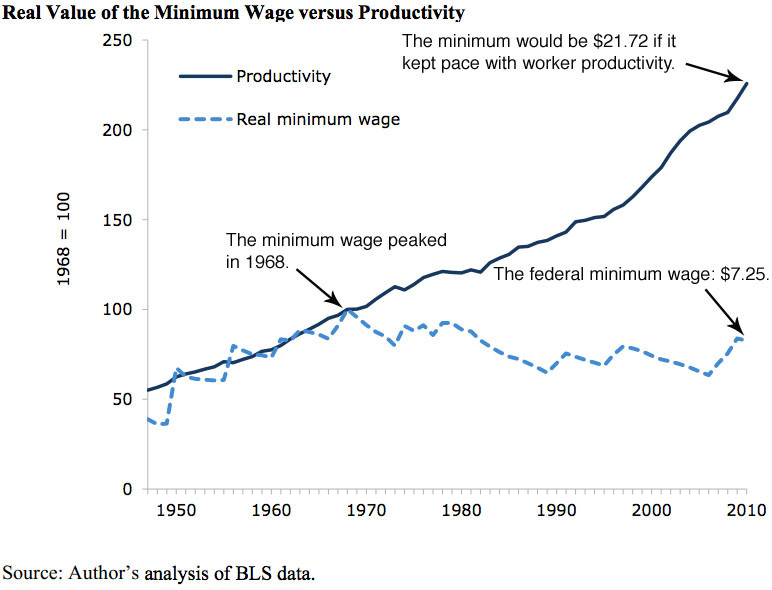 Sen. Elizabeth Warren (D-Mass.) cited this staggering statistic while pushing for an increase in the minimum wage during a Senate Committee on Health, Education, Labor and Pensions hearing last March.