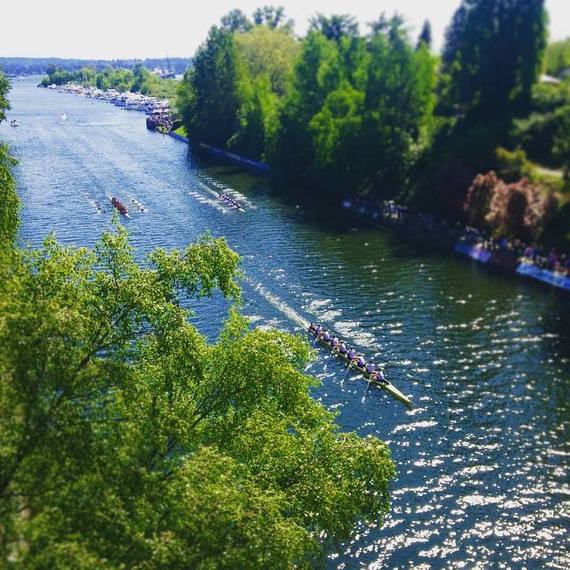 Record-breaking temperatures this Spring in the Pacific Northwest have encouraged locals to reach for their sunglasses, layer up on sunscreen and leave their jackets at home. This May Day weekend northwesterners went outside to frequent dog parks, ride their bikes and get a jumpstart on their hiking season. For "water-holics" like myself the warmer weather brought an opportunity to de-winterize boats and enjoy the beautiful views from the water earlier than usual.

Seattle's boating season officially begins the first Saturday in May. This year Opening Day lands on May 7. The annual event's roots started in May of 1913 and included a parade and regatta in Elliott Bay. Since that time this nautical tradition has expanded and become a tradition for many local boaters in the area and an attraction for visitors from around the world. 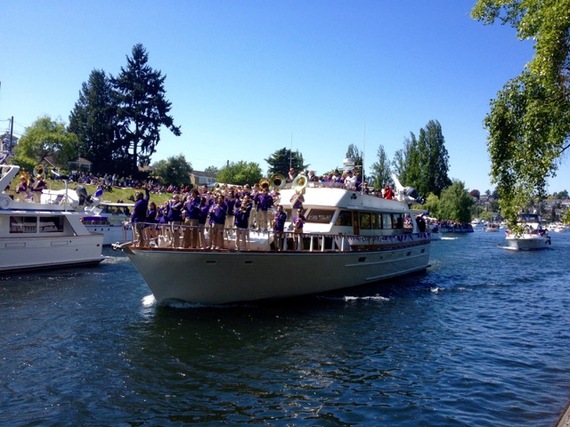 Opening Day activities feature a boat parade at noon that begins with the blast of a cannon and the raising of the Montlake Bridge. Participating yachts will be decorated to illustrate the 2016 theme for Opening Day, "A Great Escape". Annual early morning highlights also include the University of Washington rowers who will be competing in the 30th Annual Windermere Cup races.

Opening Day for Seattle's boating season has become the nation's largest regional celebration of water, spring, and the opening of boating season. Looking for more boating parades around the world? Venice, Italy celebrates one too!