In the latest edition of craft beer mania, seaweed beer takes center stage. NPR recently profiled Belfast, Maine-based Marshall Wharf Brewing Co., which uses seaweed in its beer. Marshall Wharf's new beer is called Sea Belt, and is made with the brewery's MacFindlay Scotch Ale and dried Maine sugar kelp. It debuted in Belfast on July 16. To make Seabelt, Marshall Wharf adds dried kelp into tanks of boiling brew. Six pounds of dried seaweed, which is about 60 pounds of wet seaweed, goes into a 200 gallon batch of scotch ale. The result is "more malty than hoppy, earthy like the scotch ale that it's based on, but a bit more salty, thanks to the sugar kelp."

Sea Belt isn't the first seaweed beer the world has seen. Marshall Wharf owner David Carlson discovered a beer called Kelpie from Scotland a few years ago, which inspired his locally-sourced version. The brewery also isn't a stranger to unique beer flavors. Every year in honor of the Pemaquid Oyster Festival in Damariscotta, Maine, Marshall Wharf makes Pemaquid Oyster Stout, which is made with live oysters. 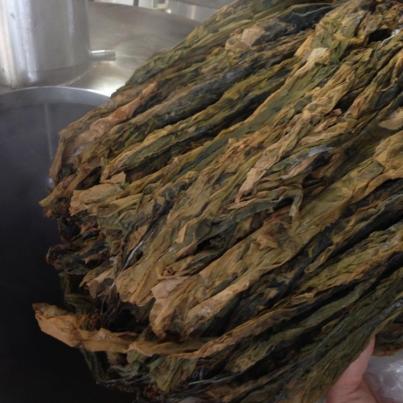 With the explosion of craft breweries across the country in recent years and the growing demand for small-scale, limited edition beers, it's no surprise that brewers have been getting creative. Peanut butter jelly beer has been making a splash from Charleston, South Carolina to Northern Michigan, and California-based Island Brewing company makes an avocado ale. That's just the tip of the iceberg, too. NPR reported just last week that an amateur fossil hunter has developed "bone beer, or beer made from yeast scraped from a 35-million-year-old whale fossil, to be precise." Now seaweed beer doesn't sound so crazy. 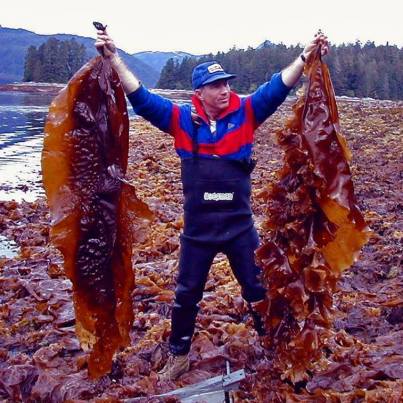 The Seabelt beer is a collaboration with Maine Fresh Sea Farms and the Sea Grant Institute of Maine.

But will seaweed beer hit big? The Japanese have long used seaweed in their cooking, and in Nova Scotia dried red seaweed called dulse is a popular snack. Seaweed has just recently become a mainstream snack in America -- a breakthrough many people may have been skeptical about just a few years ago. Today, however, dried seaweed like Annie Chun's and Trader Joe's roasted seaweed snacks have permeated American consciousness and are now a regular sight at grocery stores everywhere. Could seaweed beer do the same?