Seaweed, particularly a variety found in Florida waters, may be a secret weapon against cancer, according to a recent study by the University of Florida.

Researchers at UF's College of Pharmacy looked into several kinds of sea lettuce before honing in on one, called Florida green algae, that may have significant cancer-fighting properties.

While there has already been an anecdotal link between certain cultures' diet of seaweed and low incidence of cancers, the UF study's findings, published this week in Cancer Prevention Research, provide scientific evidence to back up the seaweed-as-super-food theory.

Here's how the marine super food may work: Cancers and other inflammatory diseases are the result of free radicals' damage to cells. Florida's green algae prevents such damage by boosting the body's antioxidant enzymes, which then fight free radicals, according to a release.

“This mechanism appears to be most relevant to prostate cancer,” Hendrik Luesch, an associate professor of medicinal chemistry in the UF College of Pharmacy, said.

What's more, seaweed's cancer-fighting properties appear to be longer lasting than that of other antioxidant-rich foods, Luesch says, because it raises a whole suite of antioxidant enzymes in the body over time as opposed to just eliminating radicals in a direct reaction.

According to the American Cancer Society, nearly 240,000 men will be diagnosed with prostate cancer in the United States this year, making it the second leading cause of death after lung cancer for men.

The Center For Disease Control found that prostate cases and deaths are particularly high in Florida, according to their most recent report in 2009.

Yet the super food is far from a staple in diets in the Sunshine State, where manatees do most of the seaweed munching.

Meanwhile in countries like Japan, diets include over 20 different kinds of seaweed whether in salads, soups, or sushi rolls.

In addition to warding off prostate cancer, seaweed also contains a host of vitamins, calcium, and iodine. Read more about its nutritional benefits here.

PHOTO GALLERY
50 Of The Healthiest Foods 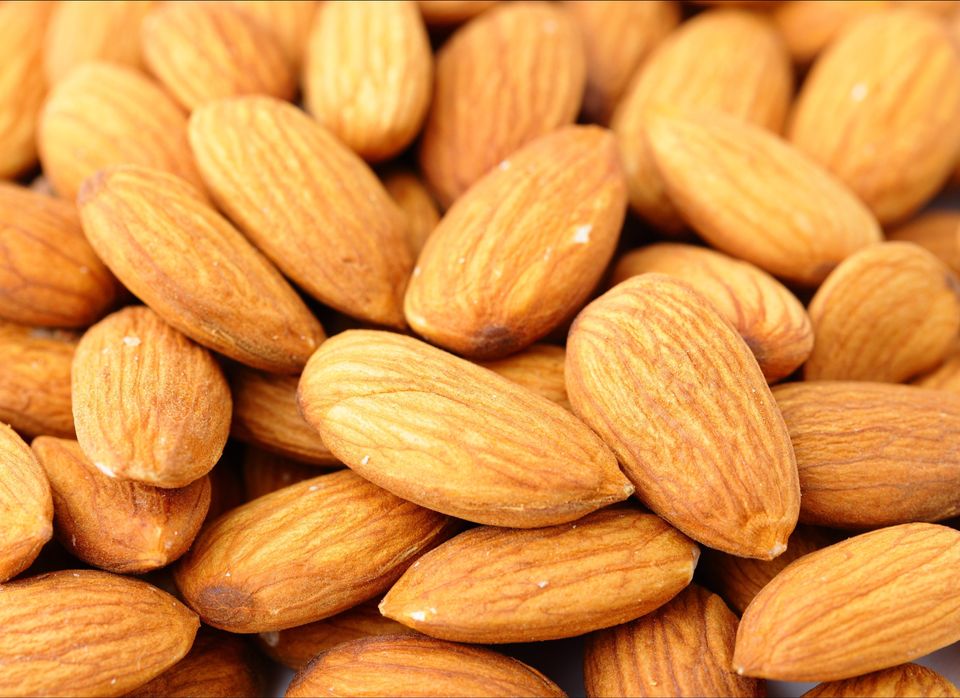 1 / 50
Almonds
Almonds are a rich source of fiber, protein, heart-healthy fat, antioxidants and vitamins and minerals, making them a one-stop food. "[They make] a great snack but watch your portion size as almonds are high in calories," warns Johnson. "Stick to no more than one ounce." That's 23 whole, shelled nuts. While the monounsaturated fat works to lower LDL cholesterol, their significant dose of vitamin E provides antioxidant power. What's more, a quarter-cup of almonds has about 100 milligrams of magnesium (about 25 percent of a daily allowance), which promotes vascular and heart health, and 257 milligrams of potassium, which helps prevent high blood pressure. These benefits also have a track record in real-world scenarios: in five longitudinal cohort studies, <a href="http://www.ncbi.nlm.nih.gov/pubmed/11122711" target="_hplink">including the Iowa Women Health Study and the Nurses' Study</a>, researchers found that replacing some portion of carbohydrate with nuts like almonds led to a heart disease risk reduction of 30 percent. And in a study in the journal <em>Metabolism</em>, <a href="http://www.nutritionandmetabolism.com/content/8/1/6/" target="_hplink">researchers found that eating almonds</a> along with a high glycemic index food (such as white bread, potatoes or sweets) at breakfast significantly lowered the overall glycemic index of the meal by helping to modulate the postprandial blood sugar rise.
shutterstock