It didn't take long before psychiatrist Sebastian Zimmerman noticed a paradox within his particular profession. Although he worked with a wide variety of people, in theory, so much of his day was spent in isolation, holed up in his own office away from the world. This strange realization came to be the motivation behind Zimmerman's interest in photography, a vehicle through which he could access the spaces outside of the therapist's room.

And yet it is the office itself that became Zimmerman's muse. 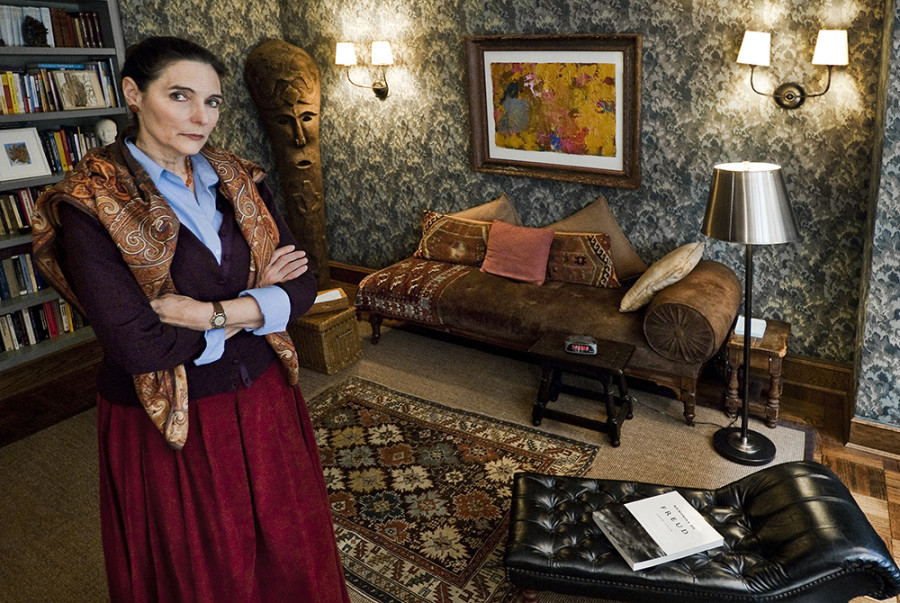 In his series, "Fifty Shrinks," Zimmerman captures New York's therapists, ranging in age, orientation and therapeutic perspective, in their places of work. Some adorn their professional homes with artwork, books and tchotchkes, while others prefer a minimalist aesthetic. Some offices mimic a cozy home while others feel more like scientific laboratories. In total, the images give a rare comprehensive look at the world of urban therapy.

One aspect of the office jumps out immediately in Zimmerman's photos. While other medical or professional rooms have a list of technological devices at the ready -- an examination table or a laptop -- therapists require little more than two places on which to sit. In fact, the uncanny workplaces are often designed to mirror the psychological philosophies of their owners, as spaces of transformation somewhat in line with the ideas they communicate.

To make matters even more intriguing, most therapist offices are off limits to all those excluding patients, leaving their general appearance shrouded in mystery. "These rooms are detached," Zimmerman writes in a statement, "floating vessels, places of sanctuary and protection, healing and reconciliation."

"What is the therapist considering when first setting up a work place?" he asks further. "How does his or her personal preference and theoretical orientation manifest in the furnishing and decoration of this physical and psychic environment?"

Zimmerman begins to answer these questions and more through his fascinating glimpse into places of business simultaneously banal and bizarre. Step behind the often closed doors of 50 of New York's therapists in the photos below.

Purchase the complete book Amazon. And check out the New York book reading on November 10.