Divorce can be so emotionally taxing, it's enough to make you want to swear off marriage for the rest of your life.

But don't go pledging yourself to a life of eternal singlehood just yet. We asked 10 remarried folks for their best pitch for remarriage. The points they brought up will give even the most marriage-averse divorcés second thoughts.

1. You're not looking for someone to complete you.
"Gosh, what isn't better about marriage the second time?! I'm older, wiser, more confident and no longer need someone to 'complete me.' The first time I thought, 'If we were meant to be together, it wouldn't be so hard.' Now I know that it takes work, sacrifice, perseverance and a major sense of humor. My husband is my friend, a great dad and stepdad and 'the the best husband I ever had' as I jokingly like to remind him.

Be yourself while looking for love again. So many women change themselves into the woman they think a guy wants them to be. Be you and you'll find the right person." -Lisa Miller, divorced after five years, remarried for 15 years.

2. You know damn well that you can't change your spouse. 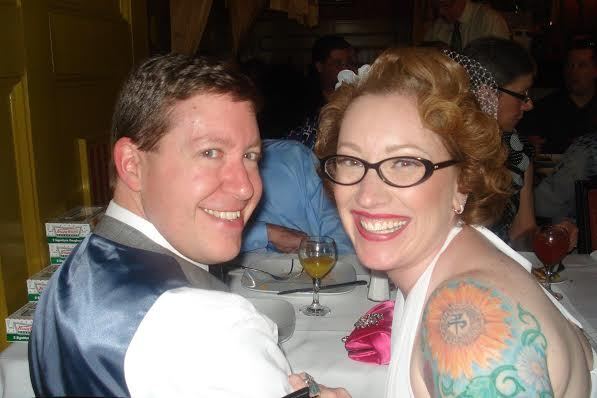 "My second marriage is infinitely better because I am not looking to change my spouse (and there are no illusions that he could change me). It’s so refreshing to be in a relationship where I know who I am, he knows who he is, we accept and love each other for who we are –- faults and all.

My advice is simply to be open. Opening yourself up to dating, relationships, love and marriage again can be scary, but don’t let someone amazing pass you by out of fear." -Kim Graham-Pfeffer, divorced after six years, remarried for two years.

3. Authenticity and honesty come a little more naturally.
"When my first marriage became irreversibly damaged, it broke something inside of each of us. It inspired months, (years, really) of self-reflection and soul searching. It made me hold up a mirror to my actions and the way I process and react to situations. It made me better. If I hadn't had the disastrous first marriage, there's no way I'd be as patient, sympathetic, motivated or as level-headed as I am now in my second marriage. It's my most deep and honest relationship. That transparency has encouraged my current husband be honest about his needs as well.

If you're hesitant to remarry, I get it. You feel foolish and embarrassed because you already took a huge leap of faith and it fell through. But take a lot of time to recuperate. Heal. Take relationships slowly and cautiously. Maybe marriage isn't for you and that's OK. But remember a new relationship, this new person and this new situation are different and deserve consideration." -Amanda Sweeting, divorced after two years, remarried for less than a year.

4. Marriage #1 has changed you for the better. 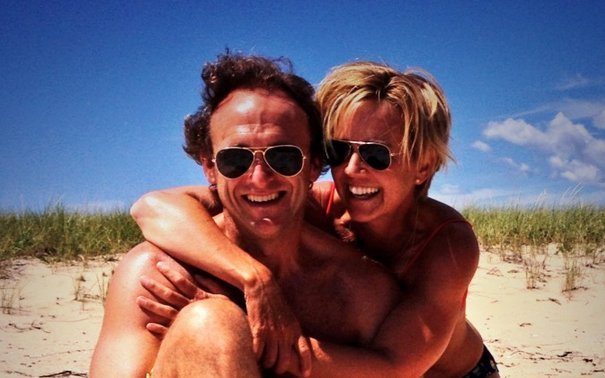 "My wife and I are both the people we want to be this time around. Life at 40 looks and feels wholly different than life in your 20s. Call it maturity, positive psychology, mindfulness or whatever you'd like, but I've changed for the better and I have my soulmate to enjoy life alongside.

If you're looking to remarry, forgive yourself and forgive your ex -- your failed marriage was 50 percent your doing and 50 percent your ex's. Forgive, find inner peace and let it go. You deserve happiness, love and a second chance." -Rob Walker, divorced after 14 years, remarried for five years.

5. You know what marriage is really like, warts and all.
"My husband and I have both been married before. Things felt different on our wedding day. This time there was no luxurious unknown and all that we carried with us -- the children, the first marriages, the fears -- floated in with the second vows. The air was heavy, it seemed like there was so much more to lose. But it was also brimming with the magic that comes with second chances. I guess it feels heavier because we know things the second time around. Good things and bad things. But we also know what works and what makes it better. We have grown. We made our vows to each other in the voice of the people we are, not the people we want to try to be.

Don’t lace your new promises with old regrets. Accept the weight you bring. Believe that you are stronger in the places that were broken from divorce. Keep your eyes open wide, but take the chance anyway. There is more to lose the second time, sure. But there’s so much to gain, too." -Nicole Jankowski, divorced after 12 years, remarried for two years. 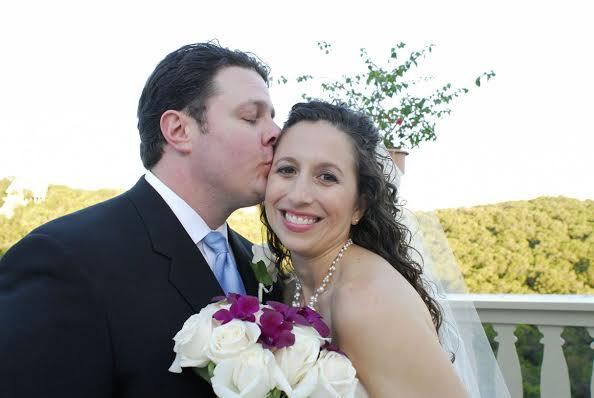 "In the aftermath of my divorce, I had the opportunity to look very carefully at the man I chose the first time and how I had changed since I had met him ten years prior. I looked at the mistakes I made and our incompatibilities because I was determined that I would not make the same mistakes again. I know for sure that I appreciate my second husband much more because of what I went through with the first one; it was a life lesson.

Don't give up on love. While I was going through my divorce, I created a mantra for myself that I would repeat several times a day: 'I am beautiful. I am smart. I am successful. I will not be bitter. And I will love again.' I wrote a careful description of the man I wanted in my life and a few months later, I met Will. He's everything I wanted and once I figured out what it was, exactly, that I wanted, he came along." -Kristin Shaw, divorced after four years, remarried for 8 years.

7. You realize that marriage is a choice you have to make every single day.
"A second marriage is an eyes-wide-open experience; you know what kinds of work are involved and say 'yes' anyway. Plus, you endured a worst-case scenario and not just survived, but thrived! A second marriage means you’ve let go of the ’perfect spouse’ ideal, embraced your imperfections and found the unique ‘must haves’ you need in a life partner.

Remember that marriage is a choice, and if you decide to give it another go, be all in. When I put my wedding rings on each morning I consciously choose my spouse. I commit to our relationship. I acknowledge that being married means I forgive past and future transgressions, and I opt to trust. My thrice-divorced mother offers this sage advice too: 'You don’t have to marry everyone you love.'" -Penney Berryman, divorced after six years, remarried for five months after a five-year courtship.

8. You know what you want.
"You know what you're looking for and what you can live without because of your first marriage. When I I met my second wife I was so much more confident about myself and my needs.

Divorce teaches you that you can be content by yourself and that it's not worth going forward with something if you're hesitant. I never thought I would marry again or have any more kids, but I met my current wife and fell madly in love with her. There is nothing I am hesitant about anymore, except being away from her for too long!"-Matt Robertson, divorced after 10 years, remarried for just over a year.

9. You've taken ownership of what you did wrong the first time around. 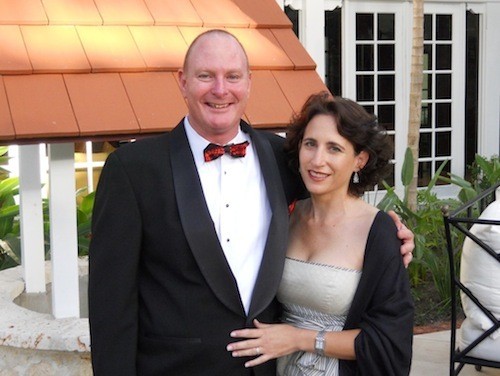 "Nobody goes into their first marriages thinking they’re going to get divorced. But it happens. So if you are brave enough to try again, marriage is only better the second time around if you learn from your earlier mistakes. Both partners are older and, hopefully, wiser. And both know what they need from each other and what to do to make the relationship work.

After I got divorced, I still believed in love and in the institution of marriage. I just wasn’t in any hurry to experience it again. I dated a bit before I started dating my husband. We were together for three years before we got married. And even with taking that time, it was a little bumpy for the first couple of years. Not between us but with the process of blending our families. But really, it’s a good thing to be a little hesitant and to not rush in to getting remarried, especially if there are kids involved." -Jennifer Cullen, divorced after seven years, remarried for eight years.

10. You're incredibly picky -- and that's a good thing.
"I entered into my 30s divorced, with a young son and determined to do better. I dated some men but no one felt right and I wouldn't just let anyone into my son's life. Eventually, two years after my divorce, I met the man I would marry. I often say that had he not come along, I'd still be single today. I look at the men I know, married and unmarried, and not one appeals to me as a spouse. I was lucky to find my very best match. My biggest complaints is that he doesn't wipe counters, he's a packrat and he's often late. But guess what? He's also wonderful father to my son and our child together. He's considerate, kind and puts my happiness above his own.

Learn how to be live without a partner and figure what you need from your next-time partner in that time. Marriage is better the second time around. I'd like to take credit for having impeccable standards and being picky, but I was lucky my current husband walked into my life. I've been happy most of the days since he showed up." -Chris Doell, divorced after nine years, remarried for 10 years.