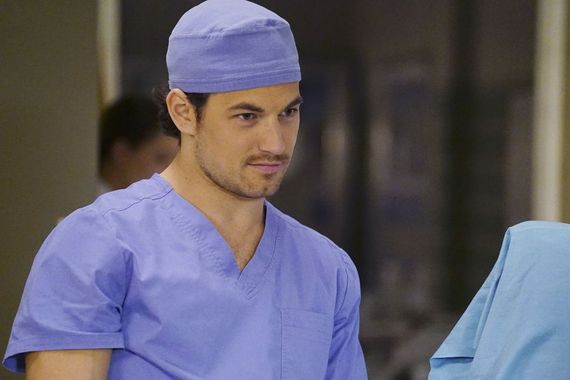 Spielberg's masterpiece Hook has been my favorite film ever since I was a child. The story of Peter Pan resonated with me so deeply. A lost boy in a magical world where make-believe was the only thing to believe. Where your imagination was your power. Where your uniqueness and eccentricities were what made you cool, not what people made fun of you for. Peter Pan was an orphan a boy with no home. All the lost boys were.

Robin Williams from this film forward became my favorite actor and my inspiration as an artist. I watched everything he ever did, followed his whole career, from stand-up, to comedy, to dramatic films, he really could do it all.

He was a man who brought so much joy to so many people. Not only through his work but also in his private life, doing incredible amounts of charity work, raising copious amounts of funds for various organizations, as well as being one of the comics to most frequently visit the troops overseas. Last but not least, he was a tremendous advocate for homeless people, and mental health and spoke up on many occasions to fight for their rights.

This is one of the many qualities I loved about him, his selflessness, his big heart, his sensitivity and ability to understand others. It's what made him such an incredible actor. And to always, always use his greatest weapon to conquer all who stood in his path... humor.

When we lost him almost two years ago now, it affected me so deeply. Even though I never had the chance to meet him or work together I felt like I had known him my whole life. I had grown up with him by my side. I remember leaving my hotel room in a flutter and getting a taxi to his star on Hollywood Boulevard, where I sat and spent the day with many other of his admirers. People from all walks of life were there, including many homeless people who had come to pay respect and acknowledge his impact and advocacy. It was obvious there was a specific community of people that he'd affected, the lost boys and girls of the world.

I think as artists when we start to get a taste of spotlight we need to realize that we have been given a great power. "And with great power comes great responsibility." Do we choose to use that power for good? Serving others. Or evil, serving only ourselves.

Losing Robin made it immediately clear to me that I had to continue to carry his torch in any small way that I could. That I needed to focus some of the time I had on this planet to helping the less fortunate. That it was my way of saying thank you to Robin for the immense gift he had given me as a child. For being such an incredible role model to me.

Since joining Greys Anatomy I am fortunate enough to have been given a platform. I am so proud to be on a show where the Showrunner, Shonda Rhimes, is as brave as she is. And since the beginning of the show has used her power for good using the platform to tackle and bring to light serious issues that we face in the world. Issues like; racism, homophobia, bullying, LGBTQ rights, gender equality, and many more. I feel very fortunate to be a part of that narrative, to help to tell these stories that slowly are helping to break down barriers and misconceptions around these topics.

Often times what we don't realize, when we give back to others and help them overcome their obstacles, that we are in the process of healing ourselves as well. That healing others helps us to overcome our obstacles. My Greys Anatomy co-stars and I will be competing in a Tough Mudder challenge on April 17 in San Bernardino, California to raise money for My Friends Place, a wonderful non-profit organization benefitting homeless youth. We have been raising funds through a CrowdRise campaign and Tough Mudder has shown their support by agreeing to match up to $5000 raised through donations. Tough Mudder is an obstacle course that tests physical and mental strength and, most importantly, teamwork. The events bring people from all walks of life together to help each other overcome obstacles. It's a great opportunity for my team and me to raise funds and awareness for My Friend's Place, while empowering each other and others.

I learned about My Friend's Place from my Grey's Anatomy costar, Jerrika Hinton. MFP is a nonprofit that inspires homeless youth to build self-sufficient lives. One way they do so is with its Transformative Education Program. This particular program offers homeless youth a chance to explore creative outlets for expression and self-reflection, as well as the opportunity to have their art displayed, appreciated by the broader community. Not to mention a large portion of the profits go right to the artist.

I started volunteering at MFP and asking about the challenges people faced. The number one thing that kept coming up, the one constant between them all was this: "I would like to be looked at, most days I feel like a ghost". Often victims of disregard, the homeless feel invisible most days. Not acknowledged. The most valuable thing sometimes is just to have a human connection. The exchange of eye contact, a smile and a nod.

The work that the people at My Friends Place are doing is truly incredible. Make no mistake this is a call to action. Homelessness affects many Los Angelinos and people all over the world. Please donate, and know that your donation will make a real difference in the life of a homeless youth.

The next time you see a homeless person on the street, slow down, look them in the eye, smile and say hello. It means a lot.

To support Giacomo's fundraiser for My Friend's Place donate via the CrowdRise widget below: