Desiree Buckingham-Ramirez was 22 years old, and on the birth control pill, when she got pregnant with her son. She had forgotten to take one, maybe two, of the pills, which she had been prescribed to help regulate her erratic menstrual cycle. So getting pregnant, she said, was a “huge, wonderful” surprise.

Buckingham-Ramirez fell in love with motherhood, and when her son turned 2, she and her husband started trying for another. Months passed. Buckingham-Ramirez, now 26 and a stay-at-home-mom, saw her doctor, who diagnosed her with polycystic ovary syndrome (PCOS), a condition that affects women's menstrual cycles and ability to have children. She began taking Clomid -- a drug that stimulates ovulation -- and worked with her doctors to track her cycle. But two years later, the couple has still had no success.

"Every twinge you feel, you think, 'Is this a pregnancy symptom?'” she said. “I go online and put my information in those due-date calendars they have, which is so embarrassing … I love my son more than anything, but our family just feels like it's missing someone." 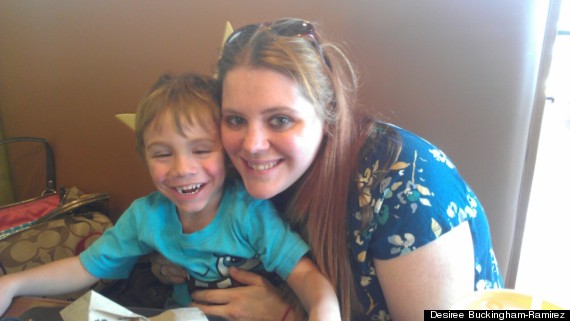 Desiree Buckingham-Ramirez with her son.

Estimates by the National Center for Health Statistics suggest that more than 3 million women of childbearing age in the U.S. who have one biological child have difficulty getting pregnant or carrying another to term. And roughly 800,000 married women with one child are unable to get pregnant again after one year of having unprotected sex, month after month, according to NCHS data. But while infertility has slowly gained recognition as a common and emotionally devastating condition, secondary infertility has remained in the shadows, leaving many of the women and couples who face it feeling utterly alone.

Why some women who have already had one biological child struggle to have another is a complex question, and often one with no clear explanation. Age is one major factor. Women are born with all the eggs they will ever have and slowly lose them throughout their lifetimes: Women tend to experience a "perceptible decline" in their ovarian reserve starting at age 35, followed by a precipitous decline after 37, explained Dr. Bala Bhagavath, an associate professor of obstetrics and gynecology who treats patients at the University of Rochester's Strong Fertility Center. This means many simply age out of having another child. "The vast majority of patients I see for secondary infertility are in their mid- to late-30s," he said.

But age isn’t the only factor. Sperm quality and quantity, which can change both from month to month and over time, as well as structural complications, like blocked fallopian tubes, can play a role. Medical conditions, such as PCOS, can have an effect as well.

In other cases, secondary infertility is simply unexplainable, leaving hopeful parents feeling bewildered and unmoored. "If we can say, 'This is the problem,' there's hope that it can be fixed," Bhagavath said. "The lack of identification of a specific problem is always frustrating. It's frustrating for us, and it's frustrating for patients."

And with secondary infertility, that frustration can compound parents’ feelings that they do not completely belong to any one category. They are not “infertile” in the way that people struggling to have a first baby are, and yet there is some thing -- often unknown -- preventing them from becoming parents again.

"You're in this unique circumstance," said Susan Allen, a licensed marriage and family therapist in California who focuses on infertility and leads infertility support groups. "You're hovering between two worlds."

"I've had friends and family say to me, 'You should be grateful. At least you have one child,"’ said Melissa Bouzek, a 31-year-old from Wisconsin who has an 8-year-old daughter and has been trying for another baby since 2006. In that time, Bouzek, who was recently laid off from her part-time job at a call center, tried intrauterine insemination (IUI) -- having her husband's sperm placed directly into her uterus during ovulation -- and has had two miscarriages. "I am grateful because I have my daughter, and she is my shining star. I tell people that … but I've always wanted a big family." 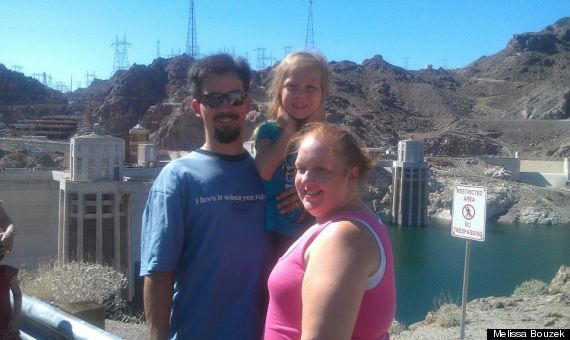 Melissa Bouzek calls her daughter her "shining star," but dreams of growing her family. In her years of trying for another baby, she has taken so many pregnancy tests, she jokes that she "should invest in EPT."

Indeed, therapists who regularly treat patients experiencing secondary infertility say that what makes the condition particularly isolating is that it can be perceived by others as a selfish obsession.

"A typical response is, 'Well, at least you have little Johnny,' or, even worse, people with multiple children saying, 'You don't know how good you've got it,'" said Krista Post, a licensed psychologist working in Minneapolis who specializes in reproductive issues. "A lot of the work I do is validating the pain and loss of their experience. Whether you're having difficulty conceiving a first child, or a secondary experience of not being able to fulfill this dream of a larger family, it is painful."

Many parents say they also feel ashamed of themselves for resenting peers and friends who grow their families with seeming ease. "One of the yuckiest emotions is the jealousy," said Amy Wruble, a 43-year-old, California-based blogger who has written about her experience with secondary infertility. Wruble began trying for another baby soon after the birth of her daughter, who is now in preschool, knowing her fertility window was rapidly closing. "It's not like I begrudge anyone their children, but it's hard not to go to that dark place. And then of course I feel bad," she said.

"I think one of the oddities of secondary infertility is that you're a mother already, so you live in a world that's populated by babies and children," she continued. "There's no escaping from your grief, or your jealousy, because you're confronted by it every moment of every day.

Lauren Villavaso, a 37-year-old who is a stay-at-home mom, easily got pregnant with her first son, when she was 30 years old. But when she and her husband started trying for another baby six months after his birth, the experience was very different. It took five years, eight miscarriages, five IUIs and four attempts at in vitro fertilization -- a total of roughly $70,000 out of pocket -- for the couple to have their next son, born eight months ago.

For Villavaso, the biggest challenge was worrying that her son would -- and still might -- think that her desire to have another baby was somehow a reflection on him. "I never wanted him to think he wasn't enough for us," she said. "But I was obsessed. When I was with my son, I was okay, but when he was at preschool, it was all I could think about.”

Often, family and marriage therapist Allen said, parents struggle with what she calls the "incongruence" of their situation: In one moment, they are wrapped up in pure joy over caring for their child, and in the next, they may experience overwhelming pain and longing. Much of the counseling she does, she said, centers around the development of mindfulness-based coping skills and helping parents be more present with the children they have, while still giving themselves permission to want more. In many cases, she recommends a structured, scheduled worry time, during which parents give themselves over to their fears and sadness, before getting back to their lives. Other times, she helps parents who have decided to give up.

"A lot of couples do come to me to find a resolution," Allen said. "They're grieving the loss of this idealized family they thought they were going to have for themselves, and for their children."

HOLDING ON TO HOPE

But the desire to have children isn't one that is abandoned easily -- even with the enormous financial burden that fertility treatments can pose. And knowing in a very personal and tangible way the happiness that children can bring because they’ve already had one only serves to strengthen many parents’ resolve.

"Part of the reason why I want another child so badly is because of how much I love my first child," said Wruble. She has had one failed insemination, three rounds of in vitro and several miscarriages, and she continues to try for another baby using what she has called on her blog the “free, old-fashioned way.”

"It's not that she's not enough. In a way she caused this by being so wonderful," Wruble said of her daughter. 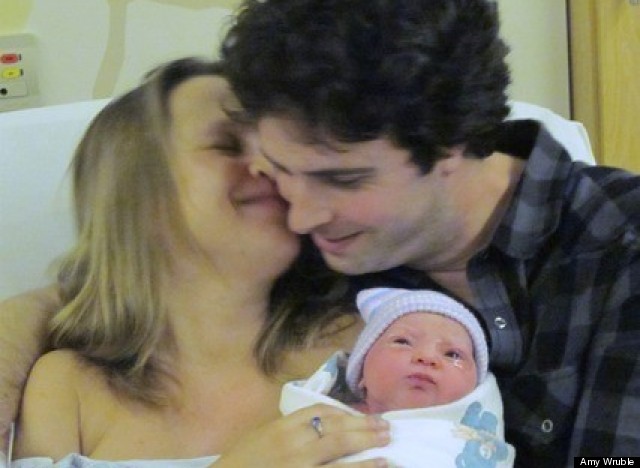 Amy Wruble with her newborn daughter.

For her part, Buckingham-Ramirez said she and her husband will not pursue in vitro fertilization, partly because it is more than they can afford and partly because she fears she would be too crushed, emotionally, if it failed. She said she is open to adoption, particularly because her own brother was adopted, but her husband is less certain. For now, the couple has decided to take a several-month break from any medical procedures, in order to lower their stress around the holidays. They will re-group after -- possibly pursuing an IUI, she said. Buckingham-Ramirez swore to herself that she would stop fretting over her cycle and Googling each ache and sensation to see if it’s pregnancy-related, but she’s struggling to keep that promise.

"I'm still hopeful that come Thanksgiving, when we go around the table and say what we're thankful for, I'm going to be able to surprise everyone and say, 'I'm thankful that our family's growing,'" she said. "I don't know if I can ever stop thinking about it or take a real break."