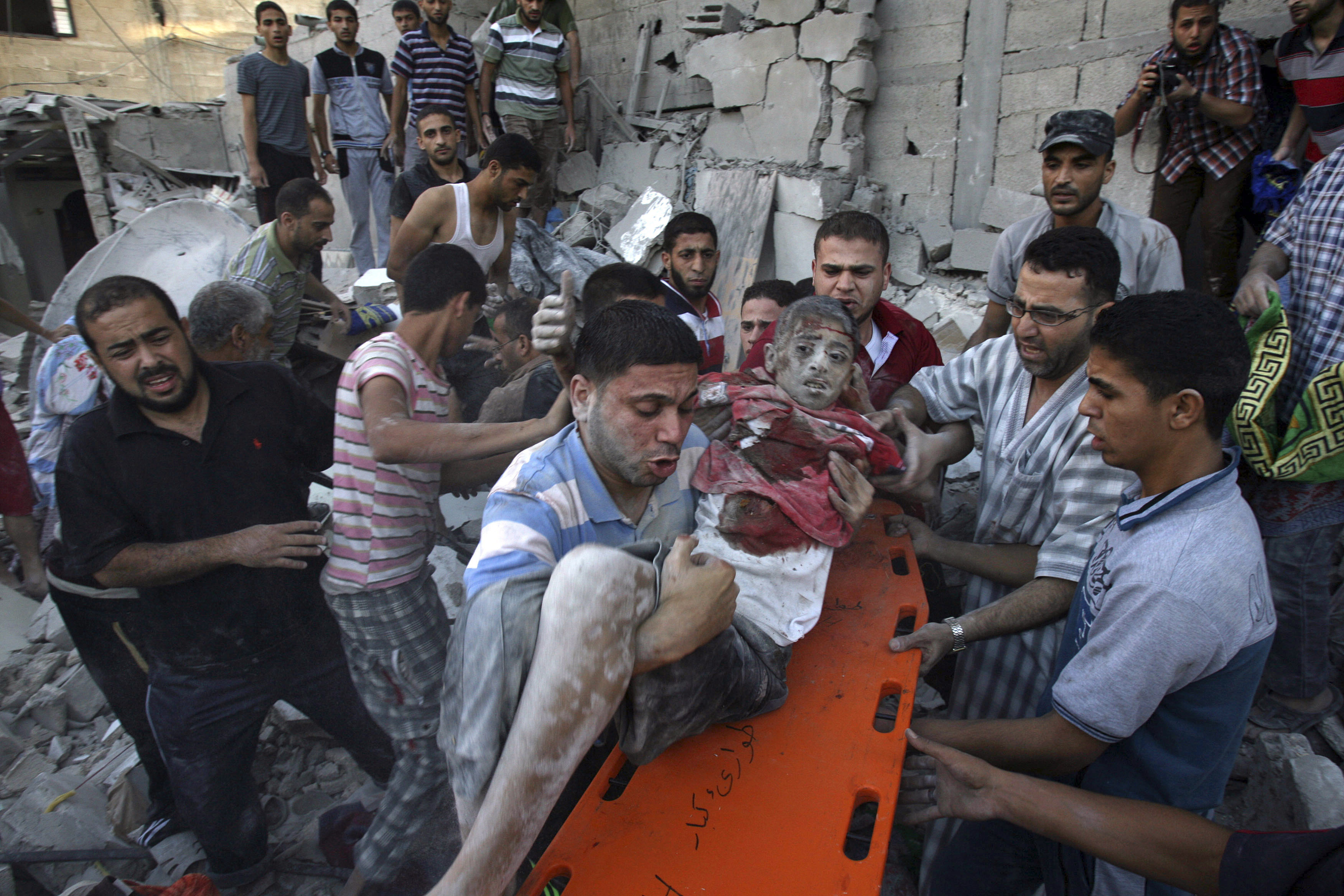 This is the second installment in our series on mental health in the newsroom. Read the first, third, fourth and fifth installments.

During the FA Cup semi-final match between Liverpool and Nottingham Forest, the stadium became so overcrowded with spectators that fans were pressed against steel-fence barriers or trampled. A total of 96 people were crushed to death, and another 766 were injured.

“I remember making two piles of pictures: one of [people] who were dead or dying, and another of those who were distressed but more likely to survive,” said Sullivan, who added that he has experienced flashbacks as a result of the job. “I can still vividly recall the images. That never goes away.”

When one thinks about journalists and mental stress, it is typically reporters working in conflict zones who come to mind. Indeed, according to a 2002 study in the American Journal of Psychiatry, nearly one-third of war journalists will suffer from post-traumatic stress disorder during their careers -- approximately six times more likely than workers in a career other than journalism. Another 21 percent will experience depression. War reporters are also more likely than non-war reporters to abuse drugs and alcohol, have trouble sleeping and experience high levels of stress and anxiety.

An emerging body of research suggests that journalists who are exposed to trauma secondhand -- the people, like Sullivan, whose job it is to sort through images, watch videos and decide what should and should not be published -- are at an even greater risk of developing psychological symptoms than those reporting on the ground.

As Poynter’s Al Tompkins, a veteran journalist of 42 years, wrote in 2001, “While public-safety workers are offered debriefings and counseling after a trauma, journalists are merely assigned another story.”

Huffington Post photo editor Chris McGonigal has come across his own share of disturbing images that have left an imprint. There is one photo in particular, showing the corpses of two Palestinian boys who were killed in an airstrike on a beach in Gaza, that stands out. In the photo, shot by The New York Times’ Tyler Hicks in 2014, a man with terror in his eyes carries one of the boys across the beach, while another small child with a mangled lower body lays facedown in the sand.

McGonigal says it wasn't until he had children of his own that the weight of certain photos -- parents fleeing violence with their children in their arms, mothers crying and families lying dead -- began to affect him. Most of what he struggles with is anxiety, he told me. While some of these effects don’t rise to the level of PTSD, they stay with him long after he leaves the newsroom each day. The older he gets, he says, the more he dreads having to look through some of the gruesome images from war.

Anthony Feinstein, a professor of psychiatry at the University of Toronto, has dedicated his career to studying journalists and PTSD. It wasn't until his pioneering work 15 years ago that news organizations began to associate trauma-related conditions with their employees. Feinstein first became interested in the topic after one of his patients had an unexplained, severe stress reaction. One moment she would be fine, the next she would become agitated and shaky, struggling to form words and veering in and out of consciousness. The doctors deemed her a “diagnostic riddle” -- all test results were normal. There was nothing physically wrong with her.

The doctor knew she was a war journalist, and wondered whether that could be the cause.

Feinstein detailed this woman's experience in his 2006 book, Journalists Under Fire: The Psychological Hazards of Covering War. His patient sought therapy and was able to fully recover, but when Feinstein tried to find literature to read on the subject, he couldn't find a single piece of published work on the topic. This led him to conduct the first study on war journalists and emotional well-being.

“The work follows them home, and it stays with them, and soon it starts affecting how they manage their lives outside of the work environment,” Feinstein said. “The quality of their relationships changes. They come home and suddenly don’t feel like going out when they used to like to go out.”

PTSD is defined as a mental health condition triggered by exposure to a traumatic event. In 2013, the latest edition of the Diagnostic and Statistical Manual of Mental Disorders significantly changed its definition of PTSD to one that specifically included work-related, repeated, indirect exposure to distressing material.

While full-blown PTSD is rare among journalists, other mental health problems -- such as anxiety, stress, alcohol and drug abuse, depression, trouble sleeping and social dysfunction -- are more common.

But what has most surprised Feinstein about journalists and exposure to trauma is that it’s not always those in the midst of conflict who are most at risk. In a 2013 study, he observed more than 100 journalists whose job required them to view graphic material. What Feinstein found was that people who viewed disturbing images frequently but for short periods of time were more likely to develop symptoms of psychological distress than those who viewed the material for prolonged periods of time. War reporters and photographers who view disturbing material day in and day out become desensitized in a way those who only do so for a few hours a day do not.

“Individuals who are looking at the war in Iraq, injuries of war, executions all the time tend to block it out -- you become a bit numb to it,” Feinstein said. “But if you can’t habituate yourself to it, and you look at it one day and then come back to it later, this frequent, brief exposure is more difficult to deal with.”

Research on the subject is not only scarce, but also, relatively new. Another study found that repeated exposure to images of the Boston Marathon bombings was associated with higher levels of acute stress than direct exposure. In other words, people who watched video of the bombings on TV were at greater risk for acute stress than people who were at or near the bombing site. The same thing was true for the Sept. 11 terrorist attacks and the 2012 Sandy Hook Elementary School shooting. And when the videos were released purportedly showing the beheadings of two American journalists by the Islamic State last year, experts warned people not to watch the footage, claiming that even watching a small portion of the videos could lead to mental health damage.

Thankfully, as research on journalists and trauma has moved forward, so have treatment options. Matthew Friedman, a professor at Dartmouth College's Geisel School of Medicine and senior adviser to the U.S. Department of Veterans Affairs’ National Center for PTSD, says the treatment for journalists suffering symptoms of PTSD is no different from that used to treat victims of sexual assault or those exposed to extreme violence. Options include self-assessments, medication and therapy.

But there’s an underlying problem almost every journalist I spoke to identified. Journalists don’t like to admit they are being affected by their work, let alone reveal that they are dealing with a psychological disorder. The role of a reporter or editor is to produce hard-hitting journalism, to speak the truth about difficult and harrowing events. Journalists are supposed to be fearless, bold, brave. They are supposed to write about others struggling -- not admit that they are struggling themselves.

Bruce Shapiro of Columbia University’s Dart Center for Journalism and Trauma -- an organization dedicated to spreading awareness about best practices in reporting on violence, conflict and tragedy -- says the first step to eliminating stigma surrounding journalists and trauma is to talk about it. “I’ve known many news professionals who sought PTSD treatment, went back to work successfully and felt that in the long run it made them better journalists -- better attuned to their stories and to themselves,” he said.

Newsrooms are wising up to the needs of their employees, and making mental well-being a priority. Shapiro said that all journalists should have a basic awareness of trauma and how it can affect them. “We wouldn’t send a reporter to cover a football game without knowing the rules, and wouldn’t expect a journalist to cover a legislative hearing without knowing how a bill becomes law,” he said.

The Associated Press is among the growing number of news organizations with mechanisms in place to help journalists -- both on and off the ground -- deal with exposure to graphic material. The wire service runs a trauma-education initiative to train reporters to deal with difficult subjects, and has created a list of safety standards to protect freelancers and others entering violent zones. Employees can also fill out an anonymous survey about their behavior and receive feedback about whether they should seek help.

Santiago Lyon, the AP’s director of photography, said the company tries to space out the scheduling of its photo and video editors so that they are not looking at disturbing images all the time. Recent videos showing members of the Islamic State group beheading hostages have been so violent and so explicit that the AP has tried to minimize the number of people looking at them, Lyon said. “We don't want people to look at it if they don’t have to,” he added. “We don’t want to make it a requirement of the job.”

Other newsrooms are taking similar steps. The Australian Broadcasting Corporation, for example, has a trauma-awareness and peer-support program. The BBC, like the AP, has created a trauma-education initiative. Digital First Media is planning to launch a peer-support program in the Northeast for reporters exposed to traumatic material.

But Shapiro said news organizations need to go a step further. He said newsrooms need to provide their staff with a “toolkit” to better understand trauma. Because peer support has been shown to be the most effective way to safeguard against psychological distress, Shapiro said newsrooms should identify “natural leaders” in the office and train them to mentor their colleagues.

“Journalists are a pretty resilient tribe -- but we’re also human beings,” Shapiro said. “We’re no different from cops, firefighters or soldiers -- and no different, either, from groups like homicide detectives or psychotherapists, who carry the secondhand burden of others’ suffering.”