UPDATE at 5:45 pm ET: CNN reports that the U.S. Secret Service is set to announce the resignation of several agents in connection with the scandal.

On Wednesday, the New York Times purportedly published the first public statements from the sex worker at the center of the Secret Service prostitution scandal in Cartagena, Colombia.

The woman, who did not give her full name, tells the NYT that her dispute with the American agent came about at the Hotel Caribe because of a disagreement over compensation. According to the woman, the agent asked her to come to his hotel after a night at a club, and "she agreed, stopped on the way to buy condoms but told him he would have to give her a gift" of $800.

The woman claims the agent initially agreed, yet offered her only $30, or 50,000 Colombian pesos, when pay-time came around the next morning, the paper reports.

NBC News reported Tuesday that a U.S. official with knowledge of the situation said the dispute arose when a woman of the night went to a hotel room with two agents, wanting to be paid for serving both, with the agents insisting on splitting the price. The woman then alerted local police stationed in the Hotel Caribe's lobby.

U.S. investigators are looking into the incident after new evidence showed that U.S. agents were in hotel rooms with at least 20 women right before President Obama's arrival for the Summit of the Americas. CBS News reported that the Secret Service wants to give lie-detector tests to the agents involved.

According to the Associated Press, prostitution is legal in Colombia, and sex is "as easy to buy as a bottle of beer."

"I think prostitution is part of the city’s culture. That is, a tourist comes to Cartagena and it’s part of his plan to look for company," Gerardo Javier May, a security industry executive, told AP. 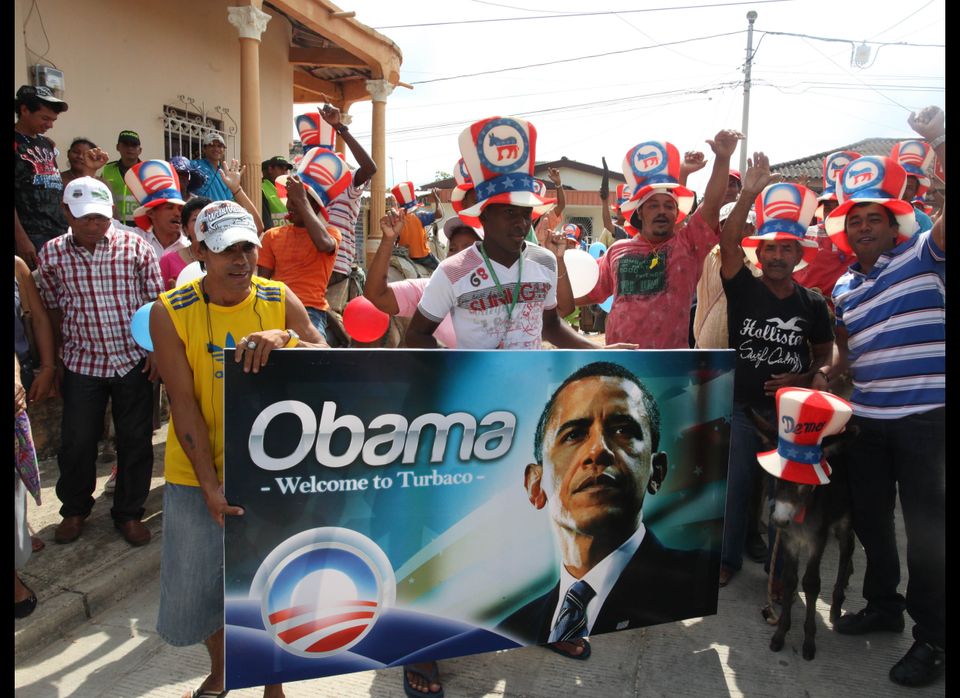 1 / 7
People hold a banner with an image of President Barack Obama during a traditional parade of donkeys in Turbaco, some 20 km south of Cartagena, Colombia, Wednesday, April 11, 2012. Leaders of the western hemisphere, including Obama, will meet for the 6th Summit of the Americas April 15 and April 16 in Cartagena. (AP Photo/Pedro Mendoza)
AP