Just about every single village, town and city in the United States has at least several buildings used as secret society lodges, hidden in plain sight: various forms of Freemasonry, Odd Fellows, Shriners, Woodmen of the World, Improved Order of the Red Men, Jesters, Druids, subordinate orders meant for women or children of these groups--Rebekah, Order of the Eastern Star, Job's Daughters, DeMolay or one of six hundred different orders that ran strong in this country.

It might come as a surprise that the banal business and patriot groups, like the Lion's, Optimists, Elks, Eagles, and the Rotary Club are also secret societies who are joined by initiates who swear secret oaths.

At the turn of the twentieth century, several well-regarded insider books on fraternal orders claimed that as many as one-third the population of the country belonged to among six hundred different secret orders. Now that's a mother lode of secrecy.

A dozen major factories in the country made costumes and uniforms, strange lodge ephemera, banners, books, and strange hazing pranks for a huge and not-too-secret fraternal marketplace.

What's the attraction of belonging to such groups?

It seems that a small percentage were attracted to learning esoteric wisdom. Others were drawn to having a place where they could meet with friends and drink away from the wife and kids. A surprising number of fraternal orders outside the Ku Klux Klan--which based its structure on Freemasonry--froze out the participation of other races and religious beliefs. A good number of secret orders provided life insurance and care for families at a time when social security, Medicare and life insurance did not exist. Some original secret orders have since dropped the rituals and esoteric pretense to morph into full-time insurance companies.

With the distractions of television, video games, the Internet, fast food, microwave meals and full-time employment for mothers of the family, membership in secret orders has dropped precipitously since the late '60s. Bruce Webb, a friend from Waxahachie, Texas, runs an art gallery that nearly exclusively features purchases he made from newly defunct Lodges.

A member of the Scottish Rite temple bemoaned to me the dissolution of fraternal orders, and suggested that I read the book Bowling Alone by Robert D. Putnam to glean a better idea why the communitarian aspect of American culture has collapsed, and why lodge membership seems like a faint throwback to a weird and ancient era.

Today, Orders like the Scottish Rite Temple are trying to find ways to attract new members who don't have enough interest or drive to spend months memorizing complex ideas to climb the 32 degrees of the Order's hierarchy. Many Scottish Rite lodges today offer the 32 degree climb within a day or two... Less work equals more "raised" members.

In opposition to the decline today of secret society membership is the continued strength of fraternal membership among the police and military, or the so-called Brotherhood of the Gun.
Accompanying this article are patches of Masonic police brotherhoods. Coincidentally, the Middle East has been a fraternal obsession since the turn of the twentieth century. Masonic publishing companies have published novels and non-fiction books about Baghdad and The Temple of Solomon. An online Shriners magazine called The Scimitar discusses military lodge work in Baghdad. A New York Times article from 1912 discusses a "scheme" of Freemasons to purchase and rebuild The Temple of Solomon in Jerusalem.

The co-author of Ritual America [Feral House, $29.95] and I believe that although membership of esoteric orders are declining by the day, the esoteric groundwork of modern America has already been established. Although traditional structures--with notable exceptions in police and military ranks--are in decline, other forums for fraternal fun have emerged, from sports bars (somewhat akin to early Masonic meetings in colonial taverns) to megachurches and their venues of entertainment. At the same time, modern America has been permeated by many of the gnostic concepts of the secret societies, making formal affiliations a bit moot. We might say that modern America has truly become Ritual America at a deeper level, and the average citizen is an unconscious initiate, a dweller in the long historical shadows of secret societies. 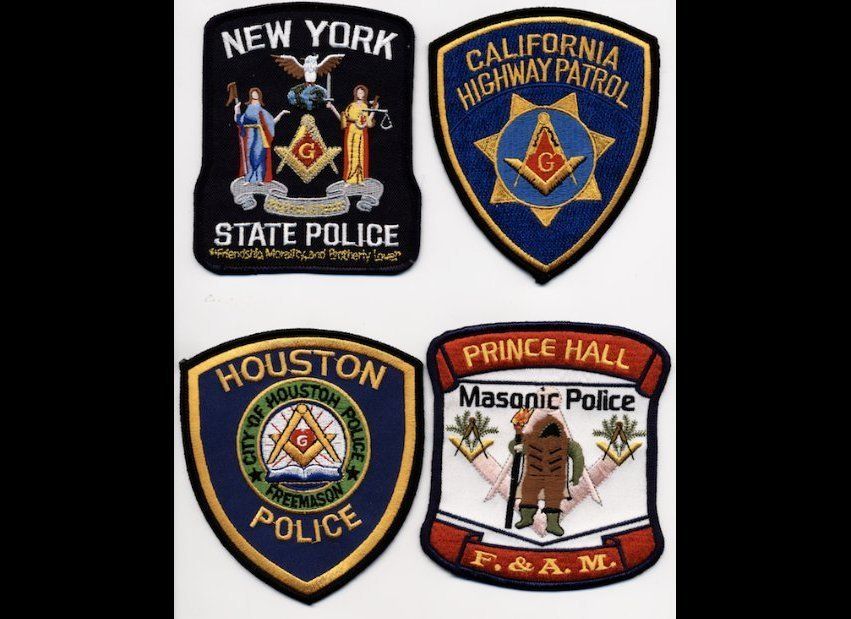