KIEV, UKRAINE -- Last week, The New York Times broke a story involving the a secret ledger found by the Ukrainian government that contained Donald Trump's campaign manager's name and secret payments in the millions of dollars. In another potentially explosive development, another entry was found on the same ledger that is raising some eyebrows. According to the entry, back in May of 2015, a substantial payment was made to the Bronx Zoo in exchange for the use of one of its "smelliest, angriest, dumbest gorillas." 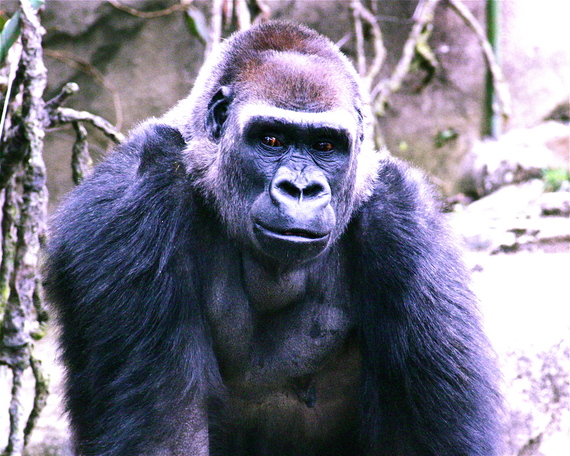 One source very close to the investigation that turned up the secret ledger says that the gorilla payment was "roughly enough to fund an American presidential campaign." The source said, however, they weren't familiar enough with the situation to comment on what the gorilla was purchased for.

"Maybe just to run a Twitter account and blast out racist, cherry-picked crime statistics," the anonymous source said, "or perhaps to run as one of the two major American political parties' presidential nominee? Who can really say, know what I mean?"

Though very few details of the gorilla purchase have been made public, it has been acknowledged that it was a rare, orange haired gorilla. While as a species gorillas are quite intelligent, the Ukrainian source says that according to the ledger entry, whoever purchased this particular gorilla wanted "the dumbest one possible."

"There's also a rather curious note in the ledger wondering if it was possible to tell if a gorilla was racist," the source said, "because they apparently preferred a racist gorilla to a non-racist one."

It's unclear at this time if other ledger entries will be found that shed light either on the payments to Paul Manafort -- Trump's campaign manager -- or to the Bronx Zoo. The anonymous source, however, said that with the governmental inquiry that uncovered these two entries still going, it is possible more suspicious entries might be discovered.

"Each day in this saga seems to bring us another new development that makes you scratch your head," the source said, "after all, just four years ago the Republican Party's nominee was trying to scare everyone about Russia, calling them the U.S.' number one foe, now American Republicans are falling all over Putin and clamoring to vote for a guy with some pretty obvious ties to Russia. So who knows?"

Corrupt media asking irrelevant questions about where I get my money from. Sad. Also, need bananas and a good grooming session. Very stressed.