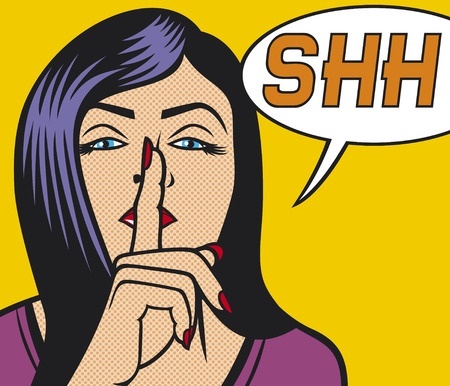 People love a good story. And for some, the story is all the more compelling if it's filled with lurid details of the human condition like lying, cheating, and backstabbing. That's why some people gossip: It provides the ability to tell someone else's story and insert one's own "spin" (truthful or not) on the events. It's part of human nature, this insatiable curiosity that draws us to interpersonal drama.

And now, those with smartphones have two more ways to feed that voracious appetite. Two new mobile apps -- Whisper and Secret-- are the latest players on the technology scene to feed on humans' undesirable tendencies. Both apps allow people to post anonymous information, with no way to track back to the poster. Each app has a slightly different protocol, but the end result is the same: people are free to say whatever they want with absolutely no accountability.

Secret and Whisper have been amassing funds in a bid to capitalize on this market. According to Business Insider, Whisper has recently raised an estimated 36 million dollars and the Wall Street Journal reports that Secret's most recent cash-raising efforts garnered 10 million dollars. That's a lot of cash invested in encouraging people to rant, gossip and share personal details that are none of their business.

From a venture capital perspective, these two companies are on their way to launching successful start-ups. But what about from an organizational perspective? How will these companies build the solid infrastructure of people-related practices needed to successfully bring this product to market? These products present three leadership challenges, all stemming from the apps' problematic foundation: How do you create a thriving organization when the product itself runs counter to creating a positive and healthy workplace environment?

Leadership Implications for Workplace Culture
Offering these apps raises an interesting leadership question: How does a leader create a positive workplace culture around a product that is based on secrecy? In the Business Insider article, Whisper's CEO purportedly says that his company's product helps you "get things off your chest in a safe, anonymous place." Well, how very warm and fuzzy. Do you suppose he will support his employees' use of the company product to air "their" grievances? How will he react to the over-the-top, destructive comments that anonymous posting encourages?

How does company leadership merge a product that encourages gossip with the positive attributes needed to run a healthy organization? What do team meetings sound like? "OK, guys, let's get out there and make a difference through gossip!" or "When you're programming, be sure nobody's identity gets out because we want this product to completely protect the poster."

It will be difficult for the management team of this company to tout teamwork, honesty and loyalty when their core product does nothing of the sort. That's no way to build a company culture.

What Kind of Talent Can You Attract?
A product that has, at its core, no basis for accountability, is a very tough sell for employees who value transparency and openness. Given that management transparency is the top factor for determining employee happiness, a company whose products are diametrically opposed to this critical employee engagement element would have a hard time reconciling the differences. Promoting secrecy and gossip has the potential to destroy lives. Isn't face-to-face resolution of conflict a more positive communication tool to foster in your workplace?

The anonymity of the app's posts certainly can bring out the worst in people. When testing the two apps, a writer for Hubspot admitted that she "felt freer to be sarcastic, mean, and goofy, all because my name wasn't attached to it."

It also begs the question: If employees are totally on board with the app, is that the best sort of worker to employ? Here are examples from the same Hubspot article of "secrets" posted from the workplace:

•I play Candy Crush when I'm bored in meetings

•When I was a cashier, I would jam my finger into rude people's bread

•I slept in my office last night. A co-worker found me pantless at noon

Let's see, who gets the award for Employee of the Month from this stellar group?

Anonymity Isn't Leadership
Then, there's the element of cowardice. When a person posts something anonymously, he or she has no skin in the game. Sure, there are times when it's appropriate to protect the speaker (think: whistle blowing programs), but in general, it's better to work toward being able to speak the truth in a civil manner. The internet has long since acclimated us to trolls, but this is denigration at a new level: a product whose entire existence depends on people's willingness to air dirty laundry, "out" people and gossip.

Anonymity has no place in leadership. Those who lead step up. This requires the courage to be "front and center," taking all the hits, and being visible, available and present. How will the people leading these tech start-ups do this for their teams and still remain faithful to the core purpose of their product?

Hiding behind secrecy and whispers is a poor excuse for positioning a product's place in the market. Attempts at altruism by claiming the product let's people blow off steam in a safe environment is like saying that smoking is a great stress reliever because it relaxes the person doing the smoking. Perhaps it's true, but at what cost? Loss of integrity is an enormous price to pay for any company, no matter what the balance sheet says.