Here's the thing about "Badass Babes", we don't wait for anything. It's a part of our charm. A Badass Babe" doesn't wait for her knight in shining armor, for happily ever after, or for someone else to create the awesome in her life. She creates it.

Badass Babes know how to stick out one hip defiantly at life, while simultaneously winking seductively. She can figure out how to make things "all better" for herself, and isn't stuck waiting for the next bus to drive by. She knows how to hail a cab.

She's the kind of woman that walks courageously into the middle of everything and literally creates her own universe. Let's face it; a Badass Babe knows how to spin adventure, create fun and turn on the sexy. And of course Badass Babes share our secrets, because there's no great fun in being a "Badass Babe" all alone! We love to run in packs.

1 Screw your reputation: This is the code of the truly ageless Badass Babe and Rumi wrote it hundreds of years ago:

"Forget safety. Live where you fear to live. Destroy your reputation. Be notorious."

Badass Babes know this famous poem by heart and even have the magnet on their refrigerator door as a daily reminder. Get it. Read it. Live by it. Stuffing down who you really are is a waste of time and can lead to blocked chakras. Do you want a blocked chakra? Of course you don't!

You know when you have entered the realm of the Badass Babe when you have finally figured out that you only have to answer to yourself. You have stopped worrying about showing your upper arms in public, putting a purple streak in your hair, and frankly what other people think. You no longer need anyone to tell you that you are getting it right or wrong. You trust your own passion and desires; and you are willing to change course in mid life and go after your hearts desire. Badass Babes make U-turns sometimes without signaling, and sometimes cause the occasional scandal. Come on, don't you want to give "them" something to talk about ?

2. Badass Babes own their Own Bodies: And that can mean deciding to sculpt and color and decorate their bodies as they desire; so from going gray to purple streaks it's up to them. So Badass Bad Girls may tattoo their skin to mark stages of their lives, or just for beauty. They may pierce. And they may visit the Plastic Surgeon. The magnificent Helen Gurley Brown was the baddest, badass babe around, and she said it best when challenged around her devotion to plastic surgery: "Capped teeth, hip replacements, dyed hair, pace makers, blood transfusions and polo vaccines are not natural either!" Amen sistah. I recently asked Dr. Richard Swift, M.D., F.A.C.S., a board certified plastic surgeon, while I was sitting in his office getting "botoxed" what kind of woman comes into his office these days. "Are they frightened of aging?" I asked him. Dr. Swift laughed. "No, they are wanting to live from the inside out; and wanting their outside to continue to reflect that fire that is wildly alive inside of them."

Exactly. Badass Babes own their bodies. It's our own canvas to do with what we desire and we can paint whatever picture we would like. From Botox and fillers to deciding to eat a hamburger instead of a kale salad (in public!), we recognize that our bodies belong to us in every moment to give us pleasure and that we have the freedom to choose what we want to do with it. Want some real-life examples? Check out Cher, Bette Midler, Madonna and even Dolly Parton! They are bringing their inside to their outside shamelessly!

3. Badass Babes Attract Lovers: Let's face it. Badass Babes are flirty, funny and playful. We are the kind of woman that could be compared to an exciting roller coaster ride. Do you like sharp curves and deep dips? Hold onto your safety belt! Do you like to squeal? Badass Babes do. We are adventurous in bed; and we are curious about our own sexual bodies.

Badass Babes want to understand their own pleasure and their own desire. If they read about "the g spot" they want to find it! When you finally have gotten it deep in your own pores that you belong to you; anything is possible. And that's why Badass Babes are ageless and frankly attract the hot lovers.

Good Girls often color within the lines and do activities that are acceptable to others. Badass Babes have found the extraordinary pleasure in being deeply vulnerable and honest with themselves. If you can bring that deep raw vulnerability to yourself; you can bring that to your lovers -- and that's hot.

4. Badass Babes Do Not Settle: They have learned that you can pay for things in many ways such as with money or your self esteem. They have stopped the credit line on their self esteem; no more withdrawals.These women have also learned that the more they are willing to own their own desires the sexier they will become. The truly badass amongst us will not settle in relationship; "just to have one". The Badass Babe flies her own flag and that is a magnet for lovers who want a woman who is so self confident that she would rather walk alone than give up her self esteem for someone that isn't right for her. It's all about how we value ourselves. And the Badass Babe understands that if they are holding onto a lover for security, there is no room for the right one to come along. Badass Babes say "No".

5.Badass Babes Have Learned to Listen: It can really be badass work to truly listen to someone. To truly listen can take time and a dropping of our body armor. Deep listening is also vulnerable work. It's not just listening in the moment. It's sitting in the messages and the possible discomfort that really listening can bring. We tend to defend, attack or even dismiss when what is being communicated feels threatening on some level or other. The Badass Babe has learned to open her heart to really listening to what has been said and what has not been said -- to the communication in the silence as well as the words shared.

6. Cutting Back: The Badass Babe has learned that when you cut back you can expand your life. It's one of the best paradoxes around to living agelessly. Try it and get ready for a new expansion.

Christiane Northrup new book; "Goddesses Never Age" is a New York Times bestseller. And I love that. But not everyone is a Goddess; some of us are "Badass Babes" It's hard for me to picture myself in a soft white transparent toga and gold leaf crown. But damn I can still look hot in a leather jacket and climbing onto a motorcycle. Yet, I'm sure that Badass Babes and Goddesses can be ageless together. We are probably more alike than we are different.

Warming: Badass Babes can be high maintenance, but if you ever had one you would know that it is worth it. If you cannot emotionally hold a wild flowing river -- go swim in the kiddie pool with the "Good Girls". 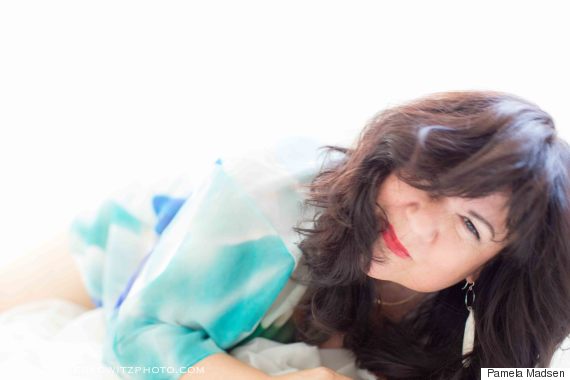 Sexuality and RelationshipInternationally Known Sex Educator for Women, Author, Founder, Back to The Body: Sensuous Retreats For Women