The pillars (called lingam in Sanskrit) of Lord Shiva -- identified as a supreme god, along with Brahma and Vishnu, constituting the trimurti (trinity of gods) -- are strewn all over the world, including Washington D.C., Luxor, Paris, and Karnataka. A Shiva lingam, a pillar that can be made out of myriad materials such as stone, clay, snow, rice, any substance, is an exception to anthropomorphic images found in Greek, Roman, and Hindu mythologies associated with gods and goddesses. The pillars have been built over the centuries for various causes; they are installed at temples, pantheons, public squares, and in private precincts; they are erected to memorialize religious and secular events; they leap toward the skies with differing heights; and, sometimes, the words of modern and ancient languages are inscribed on their slender-looking giant frames.

In Hindu scriptures, the story of Shiva lingam captures the pointless struggle between Brahma and Vishnu, the two formidable gods, competing for supremacy over each other. In the midst of their irresolvable conflict, a lingam wrapped in fire appears between them. The quarreling gods are asked to go and find the beginning and the end of the lingam. When they fail, Shiva steps out of the pillar and claims sovereignty. Brahma and Vishnu prostrates in submission to Shiva. The Shiva pillar, therefore, represents the humbling power of an unlimited god. Most importantly, the story emphasizes third-party intervention for arbitration, mediation, conciliation, and the eventual resolution of controversies of immense proportions.

The pillars, with or without lexes, regardless of elevation and architectural design, have been built to symbolize reconciliation, light of awareness, fire of creativity, valor of undertakings, revolution of form and substance, as well as incomprehensible states of cosmic consciousness. The pillars can be found all over the world. Most pillars are built as war memorials, tributes to men and women of immense significance, and to numerous other objectives. Whatever the purpose, the notion of pillar remains, in its origin, an element of metaphysics associated with temples, faith traditions, gods, and goddesses.

The Shiva pillar in itself is formless; it is an idea, an abstraction, a principle, and an element of cosmic consciousness that cannot be fully captured but may be represented in a material form. Despite variant themes, the pillars may or may not be attributed to Lord Shiva, a supreme entity that speaks to all forms of life, including the human species, cultivated and naturally sprouting in all times and in all locations. Lord Shiva is not Hindu, Christian, or Muslim. Lord Shiva cannot be captured in any image, let alone in any specific image. Nothing resembles Lord Shiva. The pillars of Shiva are endeavors to understand the secrets of beings and forces of animation that occupy the known and unknowable multiverses. 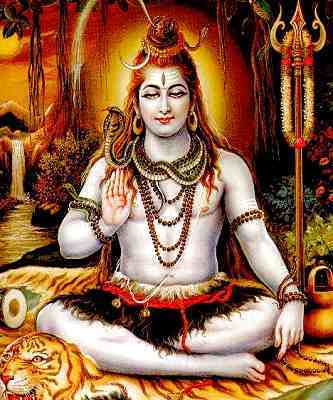 The pillars, known as obelisks in English, were the architectural darlings of Egyptian Pharaohs. Placed in pairs at the entrance of Egyptian temples, the obelisks paid tributes to the sun-god Ra (Helios in Greek) and to other sources of light emanating from the cosmos. The Greeks and the Romans were enamored with Egyptian obelisks and decorated their own temples with imported and homemade pillars. When in the seventh century Egypt embraced Islam, Muslim rulers continued to protect the obelisks in Luxor, Ayn Shams (Heliopolis), and Cairo. Partly out of generosity and partly out of conquests and colonialism, the Muslim rulers have gifted several ancient obelisks to foreign countries, such as France, the United Kingdom, and the United States.

An Egyptian obelisk, made out of red granite, stands in Saint Peter's Square in the Vatican City, the heart and soul of Roman Catholicism. Such are the ironies associated with Lord Shiva that the Vatican obelisk belongs to an unknown Pharaoh, who could not have predicted that the pillar he dedicated to the sun-god Ra in Egypt will be excavated, ferried, and installed faraway to celebrate Jesus, a Christian God. Some pillars appropriated during colonial occupations have been returned to their native lands. An Ethiopian obelisk taken by the Italian army in 1937 was returned to Ethiopia in 2005.

The pillars may be erected for secular reasons. Completed in 1884, the Washington Monument, a 555 feet tall obelisk made out of marble, granite, and gneiss, commemorates George Washington, the first United States President. The pillar rejoices the founding of a new nation, a revolution, a written constitution, and a ruler placed under the sovereignty of law. The words "Laus Deo" translated as "Praise be to God" are inscribed on the capstone. The pillar resembles a needle, with a modern elevator climbing its interior altitude in seventy seconds, which stands silently, even among fervent winds, near the Reflecting Pool and the Lincoln Memorial. The monument reflects intricate states of consciousness and interacts with viewers as a vivacious force. The Native Americans, the progeny of African slaves, the President-hopefuls, the undocumented aliens, the Christians, the Satanists, and the Hindus look at the Washington Monument with discrete eyes and experience differing feelings and mutually irreconcilable states of consciousness. Much similar is the inherent power of a Shiva lingam wherever erected.

Even secular France, with low tolerance for any fusion of state and religion, is blessed with the pillars of Shiva. A more than three thousand years old Luxor obelisk that Egyptian ruler Ali Pasha gifted in 1829 was erected in 1836 in Place de la Concorde, where King Louis XVI was executed after the French revolution. However, the most famous lingam in Paris is a modern pillar, the 1063 feet tall Eiffel Tower, constructed out of wrought iron in 1889. Completed in a relatively short period of two years, this iconic airy-fairy pillar was vehemently opposed by writers, artists, and other intellectuals. Little did the literati know that the tower would become the most fêted identity of France! The names engraved on the tower are those of engineers, scientists, and mathematicians, as if serene science has triumphed over resentful art. Now, however, the tower attracts all, engineers, mathematicians, scientists, architects, poets, and philosophers to appreciate the charm of a marvel pillar overlooking a city with a thousand stories. During the Second World War, the Nazis planned to dismantle the tower after hoisting a Swastika flag on its top. The German general, however, refused to obey the orders of demolition, preserving the tower. Much similar is the inherent majesty of a Shiva lingam wherever erected.

The lingams associated with Lord Shiva may be easily found in India, Nepal, Myanmar, Thailand, and Vietnam. Some ancient Shiva lingams appear to be in the image of human phallus. However, an exclusive correlation of Shiva lingam with phallus is an embarrassing inaccuracy of Western orientalism, an epistemic discipline developed partly to ridicule non-Christian religions found in the colonized lands. A Shiva lingam constructed at Kotilingeshwara temple in the state of Karnataka stands 108 feet tall, much taller than the obelisks found in Egypt. Some ancient lingams have been found in the ruins of Indus Valley located in Pakistan. The Vedas and Puranas mention the lingam as a sacred pillar. A hymn in Atharvaveda praises the lingam as a sacrificial post (Yupa-Stambha). Shiva Purana describes the lingam as a pillar of fire without knowable extremities. In popular Hindu culture, the lingams carry numerous representations ranging from the union of lovers to reconciliation between the opposites.

Numerous controversies threaten peace of the world and survival of the human species. The Israeli-Palestinian conflict, the wars in Syria and Yemen, the supremacy struggle between the United States and China and Russia, the supremacy struggle between Iran and Saudi Arabia, all these conflicts need reconciliation. The festering dispute over Kashmir between India and Pakistan is perhaps the most classical dispute following the Vedic story of Brahma and Vishnu competing for supremacy over each other. Could Lord Shiva intervene and help these two nuclear-powered giants of Indic civilization to a durable resolution?