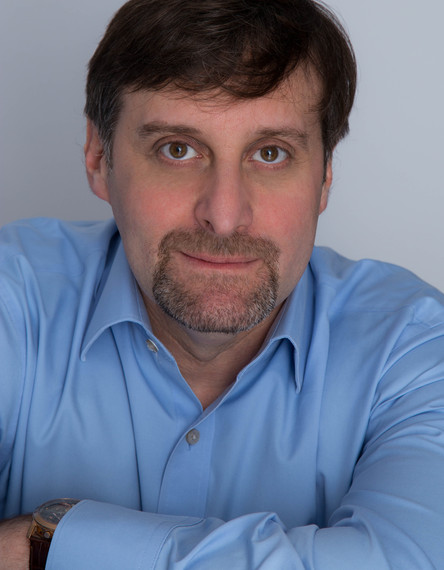 Matthew Palmer is a 24-year veteran of the U.S. Foreign Service. Having been at ground zero for many pressing global issues from Kosovo to Africa, he has extensive knowledge of international crises. His debut thriller, The American Mission, has been compared to John LeCarre's The Constant Gardner. As a son of the late Michael Palmer, and brother of Daniel Palmer, Matthew's writing pedigree is clear.

Matthew's new novel, Secrets of State, is a gripping thriller focusing on the world's most dangerous nuclear threat--war between India and Pakistan. After leaving government service, the novel's protagonist, Sam Trainor, is working for Argus Security, a private consulting company. He stumbles across a startling bit of intelligence: a telephone transcript implying the delicate balance between India and Pakistan could be deliberately upset, and it becomes clear something catastrophic could be looming: nuclear war between these South Asian giants. The clock is ticking as Sam Trainor must do what he can to prevent a world-changing disaster from occurring.

Secrets of State focuses on tensions between India and Pakistan. Will you talk about the dangers in this volatile situation?
Speaking personally, and not in any way speaking on behalf of the State Department or the U.S. government, I'll say this: there have been three wars in the last thirty-five years between India and Pakistan. It was one thing when they were fractious neighbors, but it's quite another when they're fractious and nuclear-armed neighbors. President Clinton once described Kashmir as the most dangerous place on the planet. There's still an argument for that opinion, although the Korean peninsula would give it a run for its money. There's great concern about where a conflict between these nuclear-armed neighbors could lead. The stakes are higher than ever before, and the consequences are greater for the area and the entire world. The need to find accommodation and resolution is more pressing than at any point in history. That's one theme of Secrets of State. The other is nuclear terrorism. Many scholars have concluded that while the risks of a nuclear terrorist attack in any given year may be small, if that small risk is multiplied by x number of years, you get shockingly close to inevitability.

Secrets of State details, in part, the danger of private interests tampering with intelligence, and possibly triggering international crises, even war. Talk a bit about that.
One theme I wanted to address in the book was the issue of government contracting in national security. In principle, contractors aren't supposed to engage in activities that are inherently governmental. In practice, there are few limits on what contractors do. We've so thoroughly integrated contractors into the national security establishment, it's sometimes hard to tell where government stops and private business begins. This scenario injects a profit motive into national security, which is very unsettling. We're in an environment right now where the Pentagon can't fight wars without private contractors and the State Department cannot conduct diplomatic business in dangerous places without them. They're an integral and intimate part of the kill-chain in terms of how the U.S. prosecutes the war on terrorism. When you have a profit motive in something so potentially explosive as national security, there can be great danger.

You're a 24 year veteran of the U.S. Foreign Service and still work in that capacity. How and when did you decide to also become a novelist?
I always knew I wanted to write. Growing up in our house, given my father's professions, it wasn't a mystery to me. I understood what writing a novel involved. I understood plot and character development and creating a story arc. This was dinner table conversation for us. Even when we were young, my brother and I tried to help our father shape the stories. So, I knew a good deal about writing and felt I just needed the right kind of story to tell. When I was involved in policy planning at the State Department, working on the issue of conflict-free diamonds in Africa, I realized this story had to be told. I ended up writing The American Mission.

You exemplify the adage, "Write what you know." It's clear you rely on your own experiences with the Foreign Service. How much research do you do?
A fair amount. I've worked on many different issues over the course of twenty-four years, but I'm writing about places, people, and events with which I may not have had direct, personal experience. I read extensively, but also talk to my colleagues who've been more directly involved in certain issues, and they've been extremely generous in sharing their expertise with me. There's a tremendous wealth of experience within the Foreign Service of the State Department, and I tap into that.

Your first novel, The American Mission, drew on your experience designing and implementing the Kimberly Process for certifying African diamonds as "conflict-free." Will you talk about that?
When I was in policy planning, I had a colleague, Steve Morrison, who's now with the Center for Strategic and International Studies. He developed an idea for finding a mechanism by which to ensure the diamond trade wasn't supporting conflicts in places like Liberia or the Congo. Diamonds had become both a reason to fight and a method of waging war. Various military and paramilitary forces were battling for control of the diamond fields. They would use the diamond resources--turn them into cash--and then buy weapons. We tried to create a system similar to dolphin-safe tuna fishing. We wanted something comparable in the diamond trade, so when people bought a ring, there could be a degree of confidence the purchase didn't go to support bloody African conflicts. The diamond companies had a similar goal because they were afraid the entire industry was being tarnished by the image of blood diamonds. We worked with the industry and with the key countries to ensure a system that was essentially a certification denoting a chain of custody offering some assurances about a diamond's origin.

Your father, Michael Palmer, was a physician and bestselling author of medical thrillers. I understand your brother, Daniel, also writes. It seems storytelling is part of your DNA and the culture in which you thrived.
It's really more part of the family culture. It influenced my brother and me profoundly.

So, it's nature and nurture?
Yes, maybe. (Laughter). It's not really writing we're talking about, it's storytelling. We grew up enjoying and telling stories. My father was an incredible storyteller. He took such pleasure in it. He had a great sense of drama, and of what makes something interesting and engaging. He transmitted that to both my brother and me. I don't think he set out intentionally to do it. It was really just more a function of who he was. Who your father is shapes who you become.

One of the most rewarding days of my life was the publication date of my first book, The American Mission. It was much more than seeing my own novel in print. I walked into a Barnes & Noble--as all authors do--to see my book. There, on the 'new-release' shelf, was my father's final book, my book, and my brother's book, all lined up alphabetically alongside each other. My father would have loved to see that.

The only thing he might have enjoyed just as much was a review I got from a reader on Amazon. It said, 'Okay, but not as good as his father.' (Laughter). My father would have loved that, but would've pretended not to.

Staying with the idea of storytelling, what do you think is the most important element of a good novel?
The first thing is character. Every story is about somebody. The first question I ask myself when I sit down to map out a book is, Who is this story about? I want to have a sense of what motivates the protagonist, and ask myself: Why should a reader care about this person? Then, for me, the easiest way to create a sense of tension--which people want in thrillers--is to put an ordinary person into extraordinary circumstances. That's what I've done in everything I've written. Though I've written about smart diplomats, their skills are quite mainstream for the State Department. My protagonists aren't super-heroes. The problem with my kind of protagonist is it doesn't lend itself to a recurring character for a series. Everything I've written so far has been a standalone novel. These days, the publishing industry wants a book each year. It's far easier if you have a character to go back to again and again.

Is your fiction "vetted" by the U.S. government before it's published?
Absolutely. There are well-codified procedures for this. Everything needs to be approved. When you're overseas, it's done under what's called Chief of Mission Authority, meaning the Deputy Chief of Mission reads the manuscript. They look for any classified information. I also must include a disclaimer in which I state the book is a work of fiction, and the opinions expressed in the novel are those of the characters themselves, the views are my own, and do not reflect those of the State Department. This occurs after the manuscript has already been vetted by my agent and the publisher.

What's coming next from Matthew Palmer?
In the third book, The Wolf of Sarajevo, I'm returning to my roots. It's set in the Balkans where I spent a good chunk of my career. My very first tour was in Belgrade at the height of the Bosnian War.

Congratulations on writing Secrets of State, a gut-churning international thriller whose all-too-real plotline makes one contemplate the dangers of the world in which we live.