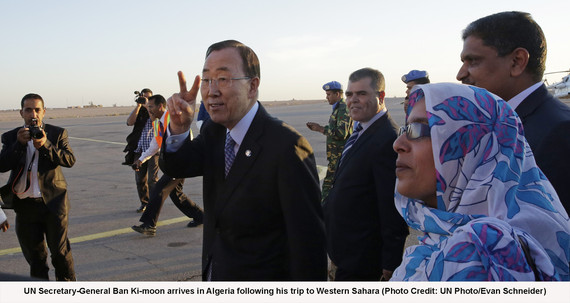 UN Secretary-General Ban Ki-moon's first ever trip to Western Sahara has sparked a furious reaction from the Moroccan government, which has taken the extraordinary step of ordering the withdrawal of much of the UN peacekeeping mission in Western Sahara. It has also threatened to pull troop support from peacekeeping operations around the world. This came just days after members of the Moroccan government had encouraged the country's citizens to take to the streets of Rabat in protest against Ban Ki-moon. The personal nature of these attacks "astonished" the Secretary-General, who described it as disrespectful towards both himself and the United Nations.

Morocco has a long history of calculated overreaction when it comes to Western Sahara.

It lashes out aggressively whenever the official line from Rabat is challenged. But the basic facts are clear: Morocco has illegally occupied Western Sahara for more than 40 years. No country in the world recognizes Moroccan sovereignty over Western Sahara, which the UN classifies as a Non-Self-Governing territory awaiting a process of decolonization.

On 5 March, the UN chief met with Saharawi refugees - who live in unforgiving desert camps in southwest Algeria - and vowed that the UN would do more to resolve the conflict. He was right to do so. The Saharawi people have international law on their side, and a 25-year-overdue promise that they will be allowed to vote in a referendum to choose between independence or integration with Morocco. This was agreed to by both Morocco and the Frente POLISARIO - the legitimate and internationally recognized representatives of the Saharawi people - when they signed a ceasefire agreement in 1991 that was then endorsed by the UN Security Council. Now Ban's efforts must be backed by Security Council members and the international community in order to uphold the Council's own resolutions and advance the long-stalled UN political process on Western Sahara.

It won't be easy. Morocco will fight every step of the way, supported to varying degrees by its allies on the Security Council (most notably France) and others. The Moroccan reaction to challenges over Western Sahara is always aggressive, both publicly and behind the scenes. Morocco often gets its way simply because it's willing to raise the stakes when others are inclined to back down in order to reduce tensions.

This is why the Security Council has failed to seriously grapple with the conflict over the past quarter century. Many countries have made the cynical, but misguided, calculation that it is better not to rock the boat with Morocco. The Frente POLISARIO and the people of Western Sahara have long followed the diplomatic path towards achieving their objectives. They have been incredibly patient, but that patience is not infinite. It is not possible for another generation of Saharawi youth to accept that they must live their lives in perpetual exile. 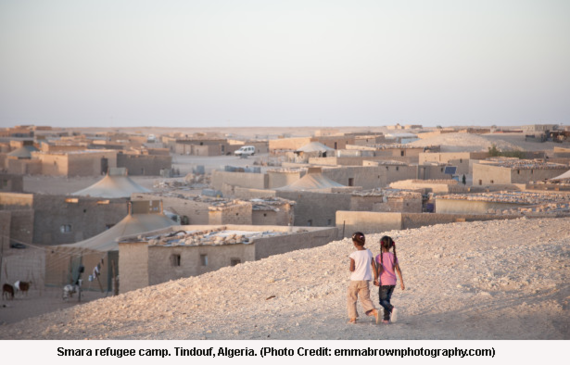 Morocco's penchant for escalation has been most evident at the UN, but a similar dynamic plays out everywhere Western Sahara is discussed. In February, Morocco announced that it would break all ties with European Union institutions over an EU Court of Justice ruling that invalidated the trade agreement between the European Union and Morocco. European officials were left scrambling to smooth things over, but when Morocco reacts venomously and the response is capitulation, it is simply emboldened.

Not even the powerful have proven immune to this dynamic. In 2013, the United States unexpectedly put forth a proposal that the UN peacekeeping mission in Western Sahara (the Mission for the Referendum in Western Sahara) should be invested with the responsibility to monitor human rights in the occupied territory of Western Sahara. Human rights abuses committed against indigenous Saharawis are rampant, and well documented.

By all rational measures, it was a reasonable proposition; the mission in Western Sahara is the only modern UN peacekeeping mission not tasked to monitor human rights. Morocco responded in typical fashion by canceling planned joint military exercises with the United States. The US backed down and the peacekeeping mission remains without a mechanism to monitor human rights.

This familiar pattern must be broken. The Security Council should anticipate that Morocco will throw up every obstacle it can.

The Secretary-General's pledge to take real steps presents a serious opportunity, which the Security Council has a responsibility to support in accordance with its own long-standing and unfulfilled resolutions. With a seemingly endless list of global crises, there will be the temptation to do the easy thing and kick the can down the road with platitudes of support that aren't backed by concrete action. That would be a shortsighted mistake, and the people of Western Sahara deserve better.

Nick Scott is an External Relations Officer at Independent Diplomat, a nonprofit diplomatic advisory group which advises the government of the Sahrawi Arab Democratic Republic. More information is available at the Department of Justice in Washington, DC.