Impoverished girls in India who are at high risk of child marriage are gaining independence and generating income with the help of a Seattle-based nonprofit.

Landesa Rural Development Institute teaches girls in West Bengal about their land rights through the Security for Girls Through Land Project. The initiative, launched in partnership with the state government's Department of Women and Child Development in 2010, also teaches girls how to use land to create their own assets by growing produce on micro-plots that the group secures for them. The produce the girls grow can then either be eaten by their own families or sold for money.

Furthermore, the girls learn practical, land-based livelihood skills and become aware of government resources that can help them become more independent and improve their long-term economic and social statuses.

While child marriage in India has been on decline in recent years, the practice is still more common there than almost anywhere else in the world, and girls growing up in low-income, rural parts of country are especially at risk of marrying early.

West Bengal was identified in 2013 as one of the four states where the practice is most prevalent. According to one nationwide survey, more than half of the marriages taking place in there involve a minor girl. Human trafficking and gender-based violence are also concerns for females living in the region.

Already more than 40,000 girls in about 1,000 villages have taken part in the Landesa program, which also includes community meetings and conversations during which participants express their hopes and concerns. The group also facilitates meetings for boys to help address the broader environment that enables the practice of child marriage to continue.

Featured in a 2014 Sundance Film Festival short documentary titled “After My Garden Grows,” the initiative's participants are not only more likely to delay marriage, but are also more likely to continue their studies, inherit land from their families or to have an asset, such as a savings account or recurring deposit, in their name, according to an evaluation report.

The key to the project’s impact, according to a 2013 article on Oprah.com, is that it helps families see their daughters as contributors to their overall stability rather than burdens that need to be married off.

"Changing how people think can be slippery," Melany Grout of Landesa told Oprah.com. "But I've seen parents go from claiming 'My daughter is worthless' to pledging to keep her in school!" 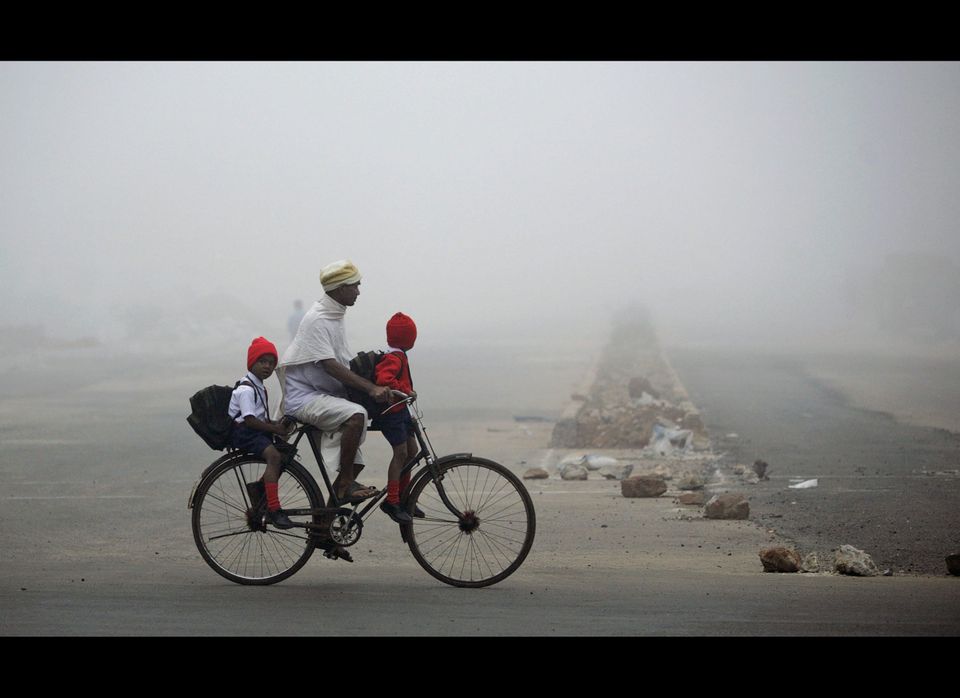 1 / 13
An Indian man carries children to school on a bicycle on a foggy morning in Bhubaneswar, India, Thursday, Jan. 3, 2013. Dense fog and severe cold wave has been affecting normal life and road and rail traffic in several parts of India for the past few days. (AP Photo/Biswaranjan Rout)
AP