It's a worthwhile endeavor. Many countries are awash in dangerous nuclear material -- enough to make tens of thousands of weapons of mass destruction. There's no debating we would all be better off if there were less and better-guarded highly enriched uranium and plutonium.

But the summit missed an essential point: "Nuclear security" is an absurd proposition in a world bristling with more than 17,000 nuclear weapons.

The president understands that terrorists aren't just trying to get their hands on material to build their own nuclear explosives. Far juicier prizes are the ready-made weapons themselves, which are many hundreds of times more powerful than those used to decimate Hiroshima and Nagasaki. Imagine these city-killers in the hands of people who cannot be deterred, no matter how many billions of dollars we pump into our nuclear arsenal.

This is a risk we can't just "manage." If we are serious about preventing a catastrophe -- a nuclear 9/11 -- then we need to eliminate the risk. And the only way to do that is by getting rid of the weapons globally. We should not wait until one is used -- to devastating and far-reaching effect on human life and public health, the environment and the global economy -- before we act.

What we need now is a Nuclear Weapons Summit that brings together all the key players to advance the phased, verified elimination of all nuclear weapons. The United States or another nuclear power could initiate this, much like this week's gathering in The Hague. The only missing ingredient is leadership.

Of course, the skeptics will insist this is an impossible dream. They will point to any story of the day as proof positive that the world cannot change.

These are the same category of people who were absolutely certain that reducing nuclear arms at the height of the Cold War was impossible. The same people who insisted that Syria would never relinquish its chemical arsenal. That Iran would never consider forgoing weapons of mass destruction. And yet, Presidents Reagan and Gorbachev initiated drastic cuts to their nuclear arsenals; Syria's chemical weapons are being dismantled as you read this; and we are moving ever closer to a final deal with Iran.

We can and must set our sights higher. If we fail to make the elimination of these weapons an urgent global priority, there is only one alternative: a not-so-distant future in which the survivors must look back and consider the opportunities we passed up.

PHOTO GALLERY
Grassroots Activists Descend on The Hague
Download
Calling all HuffPost superfans!
Sign up for membership to become a founding member and help shape HuffPost's next chapter
Join HuffPost

'Security' Is Not 17,000 Nuclear Weapons
Grassroots Activists Descend on The Hague 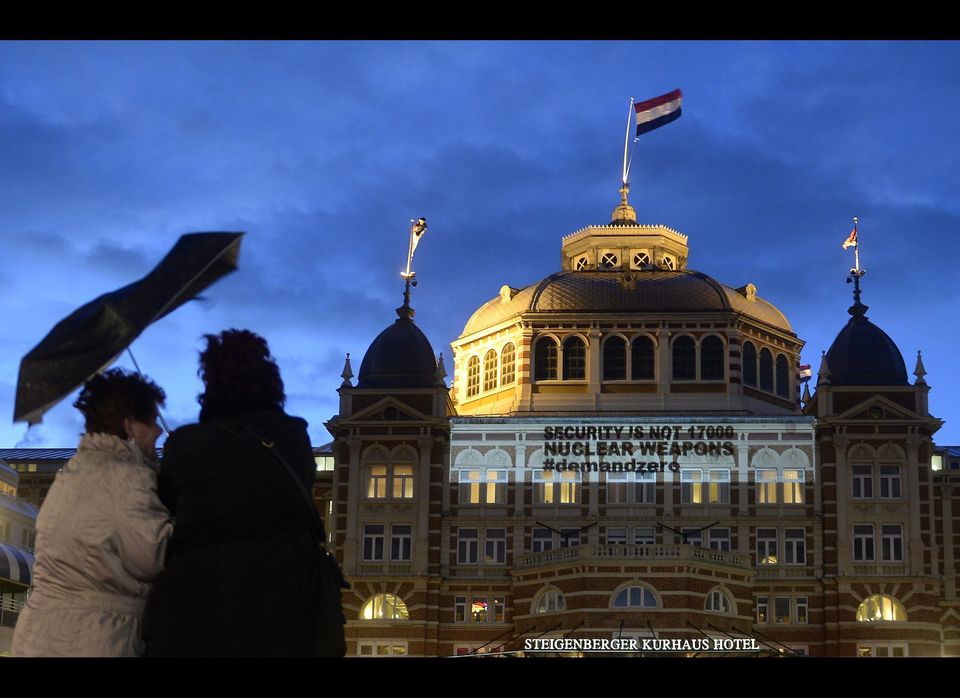 1 / 13
Youth-led activists sent a powerful message to world leaders as they arrived in The Hague ahead of President Obama's Nuclear Security Summit, projecting this enormous image on the side of the Steigenberger Kurhaus Hotel, one of the summit venues. <em>Photo by Marco De Swart.</em>