When we arrived to Shenandoah National Park in February, it was very much a world without color. A recent cold snap had blanketed snow on much of the mountains and trails. It had also frozen the waterfalls, and conjured high winds that were bitter cold when exposed to them but also that smoothed the snow so the tiny footprints of animals were visible. Half of the park was closed due to black ice on the roadways. The park was silent and still. 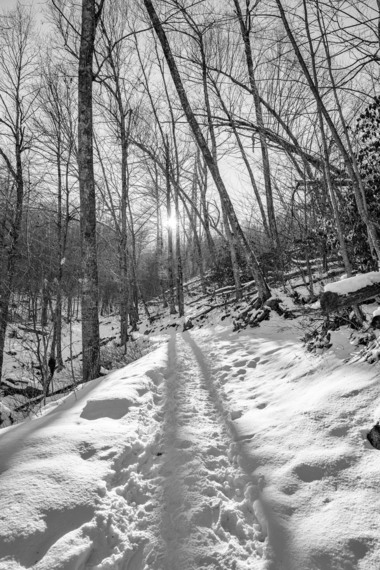 This version of Shenandoah was a new world to us. We had been living in the DC area for almost eight years and the park was our regular respite from the busy city life - the outdoors that we craved so much. I had photographed the park many, many times in all seasons. We knew the trails in spring when the air was still cold at night and we would make our first forage into the mountains to setup a tent. We knew the trails in summer when we joined the throngs of DC folk on the way up to Old Rag Mountain in desperate need to breathe fresh air and gaze upon the wooded valley below. And we knew the park in the fall when the autumn colors exploded in the brightest yellows, oranges, and reds. But for some reason, we had never explored the park in winter. Until this year.

With fresh eyes we hiked new trails. Our first hike was Mary's Rock Trail, located in the aptly named Panorama section of the park. Mary's Rock Trail is part of the Appalachian Trail, and the summit provides incredible views of the valley below. Frozen waterfalls piqued our curiosity, so we tracked down to Lewis Falls and the Dark Hallow Falls. Standing next to water frozen in time and space as it once cascaded over the rock is in amazing feeling. My good Nat Geo buddies Keith and Scott met us the next day to tackle White Oak Canyon trail in the Central District, a steep but beautiful trail with yet another frozen waterfall that we had all to ourselves. And we drove the famous Skyline Drive all the way to the southern entrance, stopping by the numerous lookouts for different and unique views. 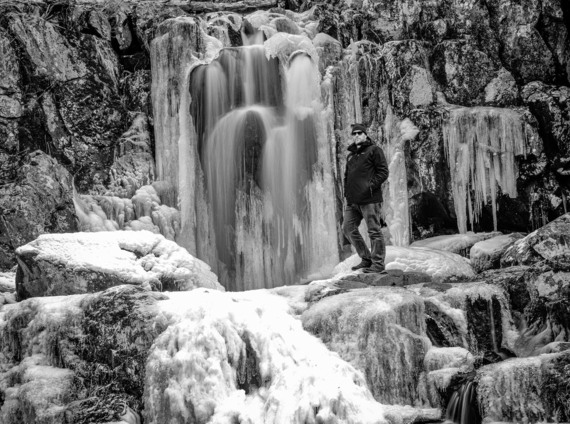 We found life in the frozen wonderland. Deer fed on tufts of grass poking out of the snow at Big Meadows. Downy Woodpeckers, the smallest American woodpecker, flew from tree to tree and eluded our cameras but not our ears. Fresh tracks in the snow of animals big and small gave away their presence but not their location. If you stood still enough, the forest came alive.

Experiencing Shenandoah in the winter was like getting to know an old friend in a new way. We had spent eight years together, walked through three seasons upon her trails, drives, and overlooks. Yet we never knew the beauty she possessed in the crisp air of winter. It was not only a surprise, but also a pure delight. For this reason, we are presenting all the images in black and white....a form of photography which is also an old friend and one that fits very well in this colorless, winter world of Shenandoah National Park during February. 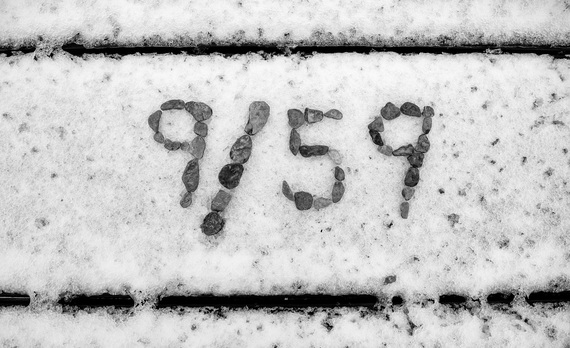 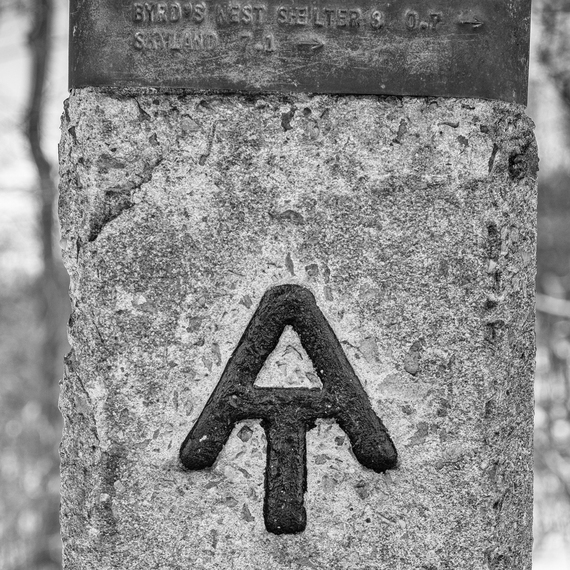 The Visitor Center was closed when we were there due to weather, so no hiking stick medallions from Shenandoah for us at this time! Instead, a photo of a marker on the Appalachian Trail that weaves through the park. Photo credit: Stefanie Payne