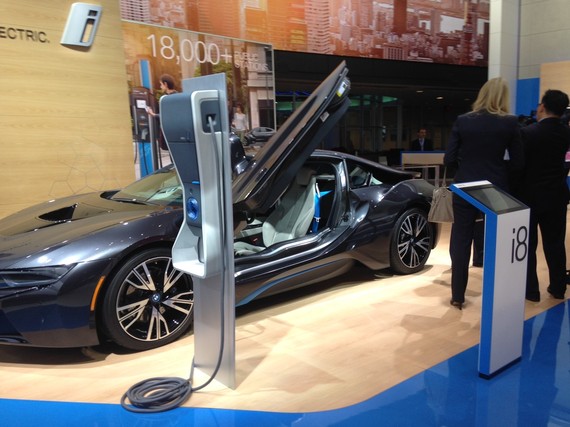 Our vehicles are an intimate part of our lives, as family and home wrapped into one. We have love affairs with them, give them names and talk to them, and kick them when they break down and frustrate us. We decide which car to buy based on emotion as much as (if not more than) economics. Most of us remember our first car (Tip: check out the "My first car" exhibit at the America On Wheels museum, www.americaonwheels.org).

Our cars are our respite, a safe space, and we escape stress and clear our heads by taking a long drive. We live out of our cars, treating them as a "home base," keeping all kinds of stuff in them (mine has CDs and too many canvas shopping bags!) and eating in them, putting on makeup in them, changing our clothes in them, and having deep conversations in them either by phone or in person.

Most of us keep a mental list of life's "firsts" we've had in our cars, like our first kiss in a car, our first sexual encounter in a car, or our first fight in a car.

Our cars reflect us, our values and styles, our economic decision-making -- and our perception of our personal economy.

So, what does the 2015 Detroit Auto Show reflect about how the consumer sees the economy and what they value?

The love affair with the car we want continues....even in a halting economic recovery. Auto shows are notoriously about speed, muscle and performance - after all they are macho environments. With gas nationwide at the very affordable $2/gallon level, and stock portfolios up (S&P stocks were up 13.69% in 2014), it's no surprise that the 2015 NAIAS Auto Show in Detroit was no different.

2. We still want to reduce fossil fuel consumption and emissions.

Alternative fuel cars earned lots of headlines and turned lots of heads, including the redesigned Chevy Volt and the Chevy Bolt concept car, and VW's eGolf which won the North American Car of the Year, the new Tesla Model S, the BMW i3 and i8, and the Porsche Cayenne. 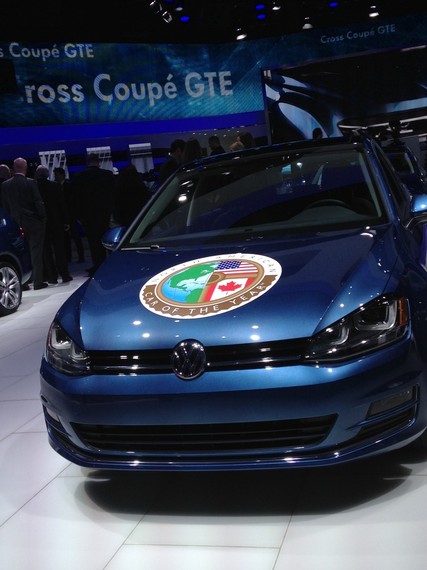 3. Price matters (unless it doesn't).

Even though the overall economy is picking up steam, but we're all still scarred from the bust part of the "boom and bust" cycle, and therefore reluctant to push the budget too far. Affordability still ruled, unless you're willing to pay for top muscle, speed and performance. Alternative fuel vehicles matched head-to-head with internal combustion engines, ranging from the economical Kia Soul EV at $26,200 and the Subaru XV Crosstock Hybrid at $25,995, to the extravagant BMW i8 plug-in hybrid at $135,700, and the Porsche Cayenne SE hybrid at $76,400. There was something eco-friendly to drive for every style and budget.

4. Value matters, with the cost-benefit analysis still in force.

Everyone is still weighing value, though maybe based on different criteria depending upon your lifestyle and the number of zeros in your investment portfolio. Options, gadgets, cool design are prerequisites. 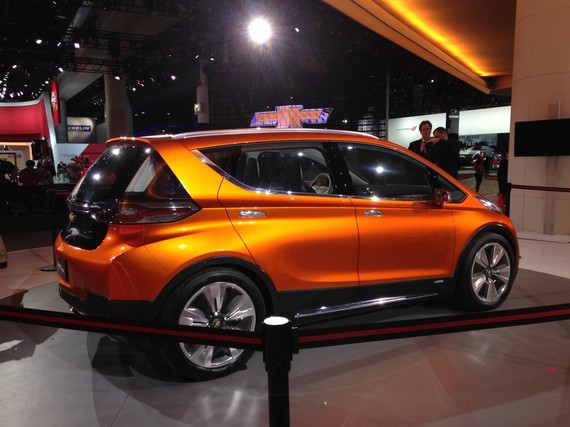 5. Technology is the "hot" date at the party that turns everyone's heads.

We love our gadgets and how technology enables our lives and entertains us. The 2015 automobiles reflect our desire for technology to help us conserve energy, be more productive, and be more protected. From the Tesla Model S marvel, to the self-driving car coming soon to a driveway near you, to the "hottest new auto-tech start-up in 2015," Tower Sec that protects the electronic control unit (ECU) from being hacked.

Imagine if the Sony hacking incident happened to a car company instead of a movie production company. How many people would likely die when their ABS stopped working, or their ignition switch died, or they couldn't steer because the power steering crashed, and the airbags wouldn't deploy either? These are all dependent upon the ECU. Imagine those self-driving cars being hacked....

What does your car say about your perception of your personal economy and your values?