It happened. Your ex is engaged.

You broke up two years ago. It hurt, but time passed and you dated other people. You forgot how much you cared about him.

Until one seemingly ordinary day you get back to your desk after lunch at Chipotle. You had a veggie burrito, but you should have just gotten carnitas. Minor gripes; life is good. You open Facebook before resuming work. And wham:

He is engaged and he looks happy, happier than when he was with you.

206 Likes? That is absurd. People are way too liberal with their likes these days.

You click, "See Their Relationship on Facebook." Your fingers are trembling from adrenaline (and the four coffees you've had so far today). You know you shouldn't look, but you have to look. It's just like driving by a car crash.

You close the window, but the images linger. You open the powerpoint you should be working on.

You can get through this. Do not reopen Facebook. Do not look at the pictures again. Work on your powerpoint. That deck is due at 3 p.m.! You don't have time for an emotional breakdown and relationship review. It's over. You're over it. Of course he was going to get engaged.

So you reopened Facebook less than five minutes later. It's OK. I understand. The first viewing of the photos was a shock. Now you must look at them rationally and critically. Does she seem cool? Is she prettier than you? What kind of person is she? How long have they been together?

Her name is Hannah Marie Sterling*. Who uses their full name on Facebook? That's so obnoxious. It's like saying, "I've always been perfect and proper and have nothing to hide." Ugh, she looks cute and nice. Since when has cute and nice been his type?

They're on a picnic blanket. Caption: "We forgot the food, but remembered the wine."

They're making goofy faces in a canoe. Caption: "Weekend at the Sterling cabin." 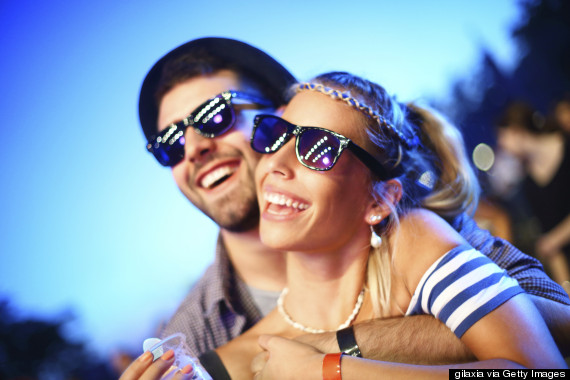 Ohhh, they go to outdoor concerts together and dress zany-ironical. They're sooooo cool. Barf. 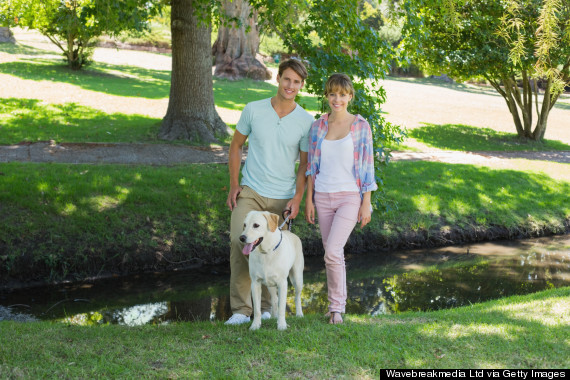 They have been Facebook friends for slightly over a year. They only met a year ago and now they're engaged? You dated for three years. Don't obsess over these facts. It doesn't matter. You're over him, remember?

You can no longer be Facebook friends. Call your closest office friend to your cube. Explain the situation to her and have her sign onto your account and unfriend him. You can't do it. Then you'd have to see the pictures again. You can't see those pictures again.

Remember: "We forgot the food, but remembered the wine"? Vomit.

Now go back to work. It's over. You only have 2 hours to finish that deck!

So you can't focus. Fine, go to your online dating profile and set up something for later this week. After work drinks on Thursday with the lawyer from the Southend. Great. You'll probably fall in love and get engaged in less than a year, so you have that to look forward to.

Now go back to work.

Remember the terrible things about him. Remember why you broke up. Why was that again?

So you want to contact him. You want to just reach out, see how he's doing. Don't do it. He probably noticed that you're no longer friends because you post about 12 mindless updates a day and the quiet in his newsfeed will be apparent. You can't contact him immediately after you unfriended him immediately after he announced his engagement. You might as well show up on his doorstep, crying lunatic ex-girlfriend tears, playing whatever song John Cusack plays in that movie that's not Sixteen Candles.

So you emailed him, but it was casual and pertinent: "Hey, I found your Frisbee in the back of my closet. If you need it I can mail it or something. Hope you're doing well."

Yeah, that was pathetic. Now what are you doing? Refreshing your inbox? Waiting for his response? OK, I give up. You're on your own. Call me when you're ready to drink this off.