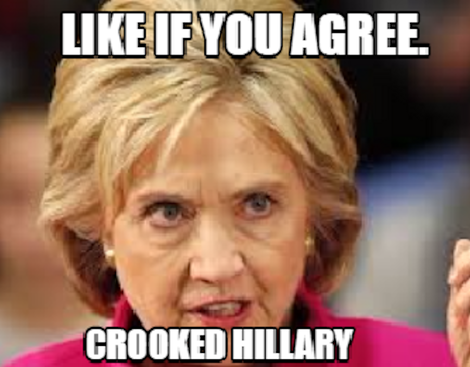 Surely the most baffling finding in the latest Wall Street Journal/NBC News poll is that a plurality of Americans in the survey (41 percent to 25 percent) said they believe that Donald Trump is more honest and straightforward than Hillary Clinton.

How is this possible? As Eugene Robinson recently wrote, "Trump lies the way other people breathe. . . . He doesn't distort facts, he makes them up." By any objective standard, he is the least honest major party presidential candidate in American history.

Maybe it's the word "straightforward" that threw people off. Trump is certainly blunt. He doesn't hesitate to speak his mind, wherever it might be drifting at a given moment. Many people say they like him because he "tells it like it is." In fact, of course, he almost always tells it like it isn't.

But whatever people may have thought about Trump being "straightforward," there can be no doubt that the largest factor in the startling result on this question is the perception so many people have that Secretary Clinton is not honest. A stunning 69 percent of respondents said that they were concerned about Secretary Clinton's "record of being dishonest."

It is clear the dominant image that a very large number of Americans have of Hillary Clinton is that she is dishonest. While it would be extraordinarily easy to compile a very long list of specific examples of Donald Trump's dishonesty, it is my impression that in Hillary's case it is more a generalized feeling about her that dates back to the 1990s and that many of the possible specific examples are charges that were never shown to be accurate-indeed, in many cases were entirely baseless. She's just "Crooked Hillary" - 'nuff said.

So I would like to create an accurate list of precisely what instances of dishonesty by Hillary Clinton are leading people to see her as less honest than Donald Trump.

I request that people use the comments section below this post to provide specific examples of Hillary being dishonest. I'll check the accuracy of those examples and then compile a list of those with merit, which I'll publish next to a partial list (a complete list would be beyond my--or probably any other human's--capacities) of examples of lies told by Donald Trump, so that people can judge which of the candidates is really "more honest and straightforward."

Please put your examples of Hillary being dishonest in comments below.