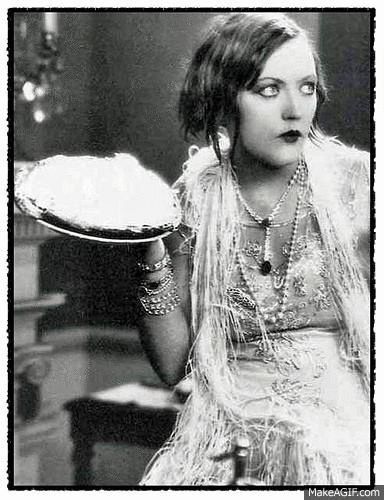 Life in the Boomer Lane has known several women who have been contacted by men who knew them as former boyfriends, decades earlier (in one case, at summer camp). These later-in-life reunions have been met with varying degrees of success, from a reawakening of young love to a realization that remaining comatose would be preferable.

One might wonder why, if things didn't work out the first time around, either person would want to rekindle the relationship. There are as many reasons for that as there are excuses for not returning phone calls or emails. They range from late-in-life newfound maturity and/or forgiveness, coincidental life experiences, or, in one case, a pie in the face.

In the pie example, a good friend of LBL is now on the receiving end of countless photos of artwork done by a former lover. The artist lover is, in effect, making two statements. One is "I am still an artist," and the other is "I still have the hots for you." LBL's friend, whom we shall call "J" since no other letters are currently available, can neither explain the meaning of any of the art (ultra-modern, involving a lot of neckties and briefcases), nor why the artist in question would want to rekindle anything with her, especially when their relationship ended with a literal pie in the face.

The artist and J met at a local Washington,DC bar and had a hot-and-heavy relationship going, until, after eight months, the hot was removed, and heavy became the operative word. Then, without any warning whatsoever, the artist left town permanently. He told no one, and everyone in his circle of friends was pissed off. The bar patrons, who knew J and the artist well, got up a collection and paid for J to fly across the country from DC to Colorado Springs, where the artist had relocated.

J contacted a female friend of the artist in Colorado Springs, who found out which bar the artist would be at that evening (relocation didn't change his attachment to beer). The woman grabbed a camera, met J at the airport and drove her, first, to a bakery, where J purchased a lemon meringue pie. They then drove to bar that the artist had adopted as his current hangout. J walked in, went over to the artist and smashed him in the face with the newly-purchased pie. The camera clicked and the photo was taken for posterity.

The artists' new Colorado Springs girlfriend was horrified by the encounter, primarily because it denoted something more significant than a mere pie-in-the-face. For the artist, it awakened his sex drive, where J was concerned. The two, the artist and J, went immediately to his place and created a happy ending to the pie event. J left the next morning, never to see the artist again.

Then, almost four decades later, the photos of artwork started arriving. Along with the artwork was poetry and cryptic messages that J couldn't decipher. There was also a copy of the pie incident photo, with the message "Oops, how did this get included?"

J wrote to the artist and explained that she didn't understand the artwork or what she was supposed to do with it. The artist responded with "Nothing." So J created a folder in the file cabinet with the artist's name on it. The folder now keeps getting fatter and fatter, as, several times a week, the copies of artwork arrive.

In some strange way, J believes the artist has looked over his life and decided that J really was the woman of his dreams. Either that, or the taste of lemon meringue pie overrode everything.