Seesmic has launched a new desktop application for Twitter, called Seesmic Look, that hopes to take Twitter to a "mainstream audience" unfamiliar with Tweeting.

HuffPostTech had a chance to sit down with Seesmic founder and CEO Loic Le Meur and see the app in action.

So will users take to it? Is it the solution that will get moms, dads, and even grandparents Tweeting? Making sense of Twitter is no easy task, and while maybe this is a step in the right direction, users could be confused by fading and rising text clips. Moreover, users may tire of using the Seesmic-compiled lists that make up the different categories.

Turning a profit from Twitter is the question on everyone's minds, and Le Meur's Seesmic Look presents one way to generate revenue: he has some major paying brands integrated into the app straight from the start.

Brands can also offer their own channels within Seesmic, which provide "simple, authoritative, aggregated view of a brand's activity across Twitter making it easy for any user to discover and navigate the breadth of activity the brand has going on Twitter," according to Seesmic's press release. Seesmic's launch partners, which include Kodak, Red Bull, CNN Money, SOTS, and Time, will each have a brand channel on the application. The Huffington Post is also proud to be one of Seesmic Look's launch partners.

See screenshots of Seesmic Look below: 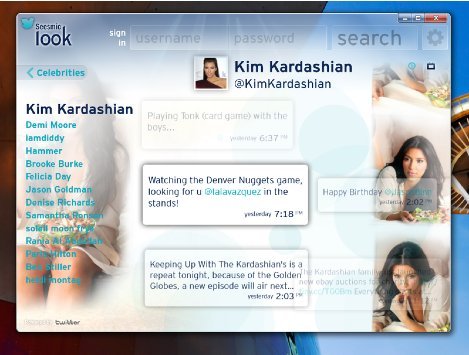 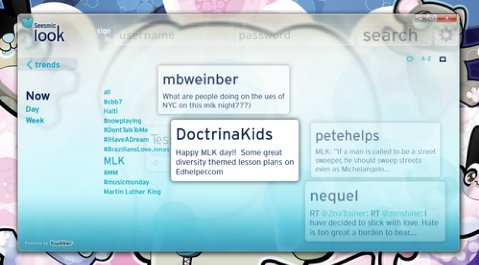 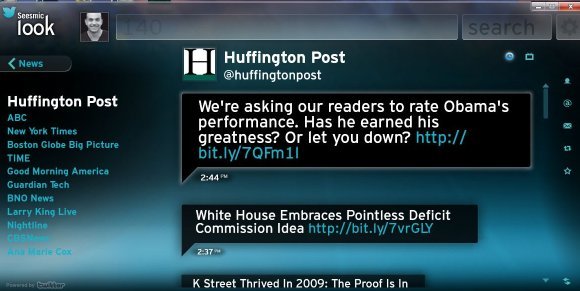