A huge protest at City Hall on Wednesday drew more than 1,000 city employees and ended in 23 arrests.

The protest comes in the midst of negotiations over the SEIU Local 1021 contract and the city’s employee relations division. According to Local 1021, the city’s proposal may result in pay cuts and health care increases for city workers.

“Here’s your negotiations update. The city and county wants you to take another two-and-a-half percent pay cut this year and next year," said Local 2021 Vice President to the crowd. "The courts want their court-workers to take a five percent pay cut indefinitely.”

The protest included a march down Polk Street, where workers decorated a Bank of America with caution tape.

Twenty-three workers sat down in the middle of Polk Street and were arrested for obstructing the sidewalk after the police warned them to move.

The union is calling into question a tax settlement from 2001, in which a court ruled in favor of several corporations that sued the city over a hybrid payroll and gross receipts tax structure. The union characterizes the resulting loss of about $25 million per year in tax revenue as a loophole.

Workers at the rally included janitors, nurses and even emergency medics. Workers from the International Federation of Professional and Technical Engineers Local 21 also attended to show support.

The union plans to return to city hall on Thursday April 30 for further demonstrations. 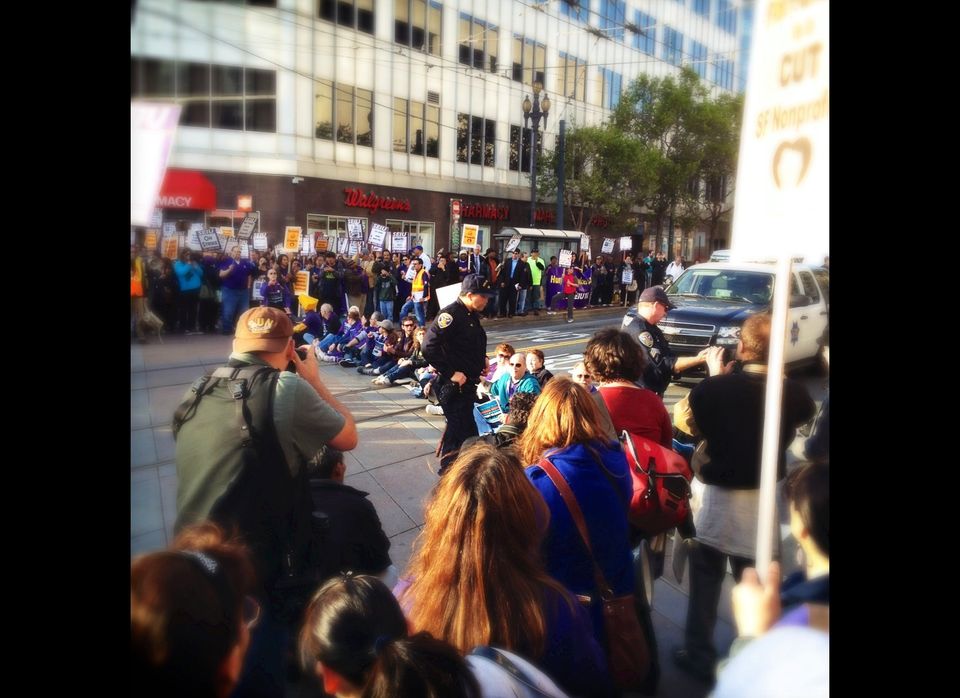