"Spring Breakers" hits theaters on March 22, and it's pretty clear the film's marketing department wants you to know the film will feature more than a couple of girls in bikinis ... but not much more.

New posters for director Harmony Korine's latest project were just released, and the artwork does a good job of showing off the film's sexy and sleazy sides.

Former Disney star Selena Gomez is front and center in cleavage-baring blue bikini, while James Franco looks hilarious and terrifying decked out in cornrows, tattoos and a handgun tucked in his pants.

The film also stars "Pretty Little Liars" actress Ashley Benson and "High School Musical" alum Vanessa Hudgen in equally tiny bikinis, as they rob a fast-food restaurant in order to finance their spring break trip to Florida. Once there, the quartet (Rachel Korine, the director's wife, plays the fourth woman) end up entangled with a drug dealer named Alien (Franco).

Expect threesomes, hard partying, and "bikinis and big booties, y'all!" (That's what life is about, at least in "Spring Breakers.") Let the debauchery begin. 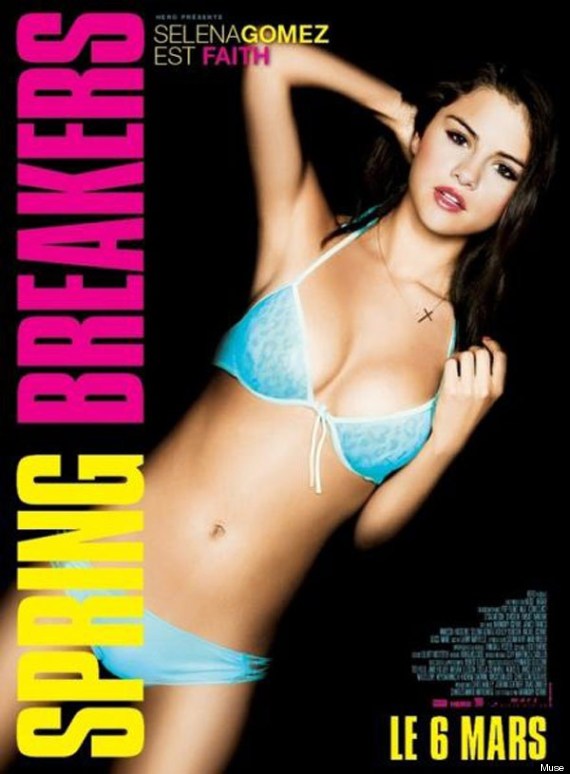 CORRECTION: An earlier version of this post identified Rachel Korine as the director's sister. 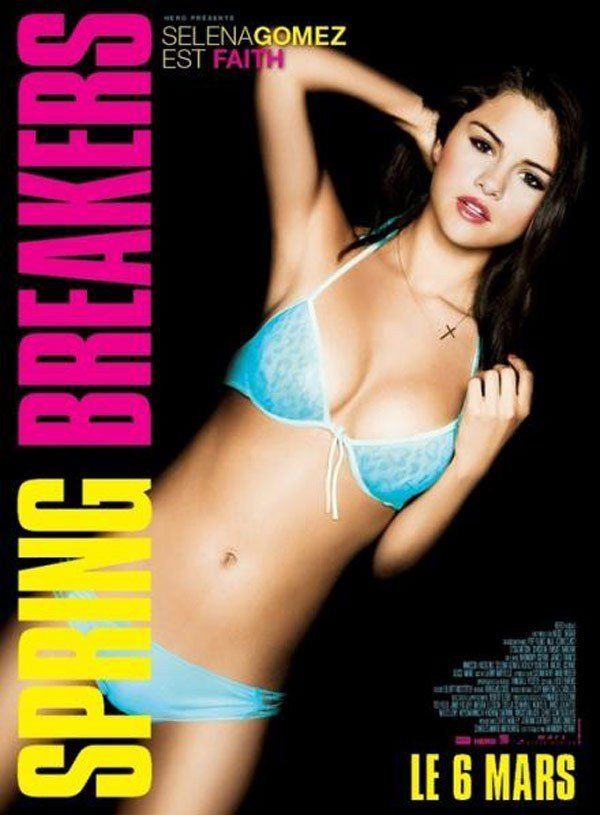