Selena Gomez may be a celebrity herself, but she still fangirls over the stars just like the rest of us. The "Come And Get It" singer exchanged a hug with Jennifer Aniston at a party celebrating Aniston's upcoming film, "Cake" in Hollywood on Friday: 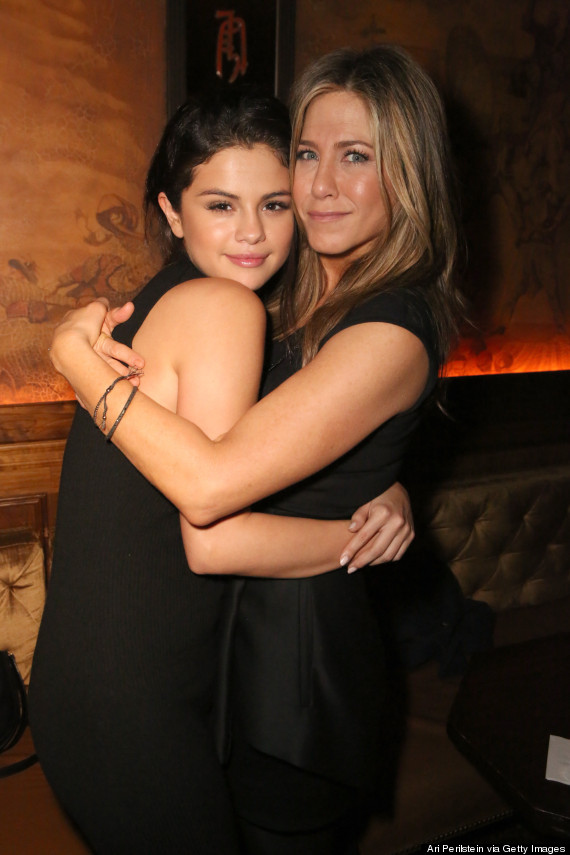 "I have not only been following her career as a fan since I was eight and now get to watch her completely transform in her new movie 'Cake,' I have gotten to have real conversations with such a real heart, made my entire year. #cake #goseeit," the 22-year-old gushed in the caption.

It's only a matter of time until Gomez's best friend Taylor Swift recruits Jennifer Aniston to be in Swift's ever-expandiing circle of gal pals.