On Tuesday, Selena Gomez woke up like this -- ready to take a selfie in just a white, cropped halter top and cheetah-print undies. The 23-year-old singer simply captioned the sexy selfie "morning," as she snapped the photo from inside what appears to be a changing room or a spa, judging from the women behind her in white bathrobes.

The photo comes days after The Sunday Times published an interview with Gomez, in which she opened up about that "purity ring" she famously wore as a young teen while dating Nick Jonas.

The singer later took to Twitter to say that she was disappointed in the media for refusing to grow with her and for remaining focused on her past relationships. 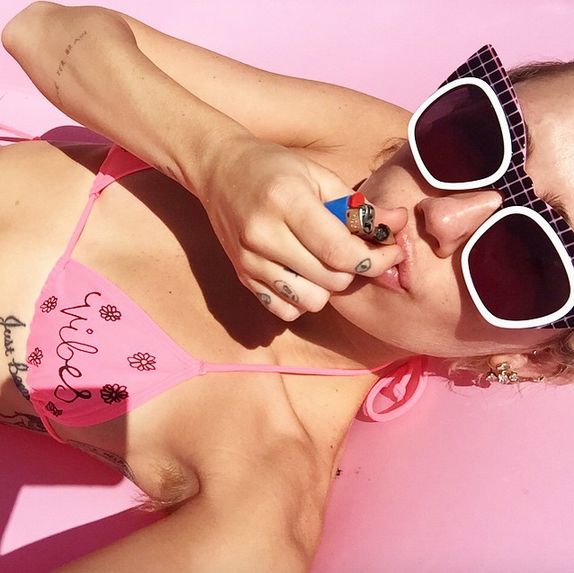