Selena Gomez looks sexier than ever in a new ad for her self-titled debut fragrance.

It seems like the 19-year-old is all about leaving her Disney days behind her, with the sultry ad that features the singer posing in a purple pool of water, dripping wet, and wearing a strapless Maria Lucia Hohan dress that clings to every curve.

We're slightly confused by the ad's sexiness, given that the perfume itself seems rather childish. The bottle is big and purple and has little lips exploding out of the top.

"I knew I wanted a tall bottle, because I feel like it can kind of stand up with all the other fragrances," Gomez told Women's Wear Daily. It's also intended to look like a swirly ball gown, to match the purple frock Selena wears in the ad campaign.

"The water is actually lit from underneath, so it made it look pink and purple, like the colors of the bottle," Gomez told People magazine. "I wanted it to look like I was swimming in my fragrance." 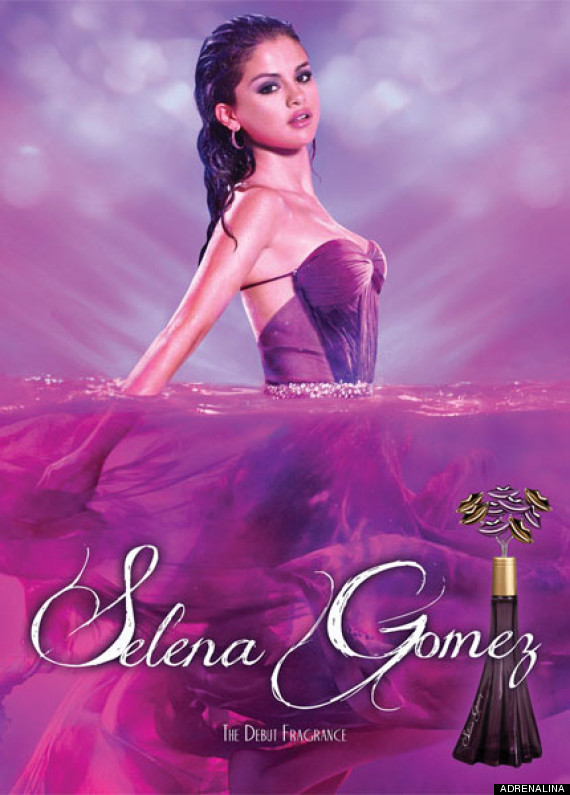