Last night, Mitt Romney stepped up to fill a non-existent void in the English language, using a new phrase we can’t get enough of: “self-deportation.”

By taking the word “deportation”, which connotes a forced dismissal, and tacking on the prefix “self,” Romney came up with a little term that seemingly contradicts itself. An oxymoron, if you will.

Responding to a question regarding illegal immigration, Romney offered up this answer:

“Well, the answer is self-deportation, which is people decide they can do better by going home because they can’t find work here because they don’t have legal documentation to allow them to work here."

The audience giggled as soon as the candidate uttered the foreign phrase and Romney’s explanation left many scratching their heads. The candidate advocates making life hard enough for undocumented immigrants that they make the choice to return home.

Our understanding of the word “deportation,” however, is that the immigrant doesn’t quite have a choice in the matter. And making life hard for immigrants doesn't quite seem to be a new idea (see: Arizona's controversial SB 1070 immigration law, Alabama's HB 56, etc.)

Because to deport oneself would not be deportation at all, it seems maybe the word Romney was looking for was “to emigrate”, “to return”, or “to leave”. But Romney’s not messing with those fancy dictionary words.

Latino blogger Lili Gil wrote that the term displays the candidate is “out of touch” with Latino voters.

"Immediately, a flood of live tweets from viewers, political insiders and Latino influencers jumped to criticize his confusing answer," Gil wrote in a column for Fox News Latino.

While some criticize the new phrase, it certainly opens up a whole new set of possibilities in our lexicon.

Swapping “self-deportation” in the place of “choosing to leave” (which it seems to actually mean) one could say:

"This bar is lame. Let's self deport.” Or, “The GOP’s anti-immigrant rhetoric may prompt Latinos to self-deport from the party.”

A new Twitter account even sprung up after the debate. The user, @Self_deporter, asks his followers what kind of protocol is necessary in "self-deportation."

"Do you need a passport to self-deport? Still new to this... #FingersCrossed #Romney," the user tweeted.

@Self_deporter's tweets open a host of questions about how "self-deportation" might work. Will there be self-detention centers where undocumented immigrants will be self detained until they're ready to self deport? We're not sure yet.

Born in the state of Chihuahua, Mexico, Romney's own father chose to move to the U.S. We wonder if, in fact, he "self-deported" to America with the hopes that his son might have greater opportunities than he did. Heck, maybe his son would even run for President someday.

SLIDESHOW: GET TO KNOW THE SELF-DEPORTED: 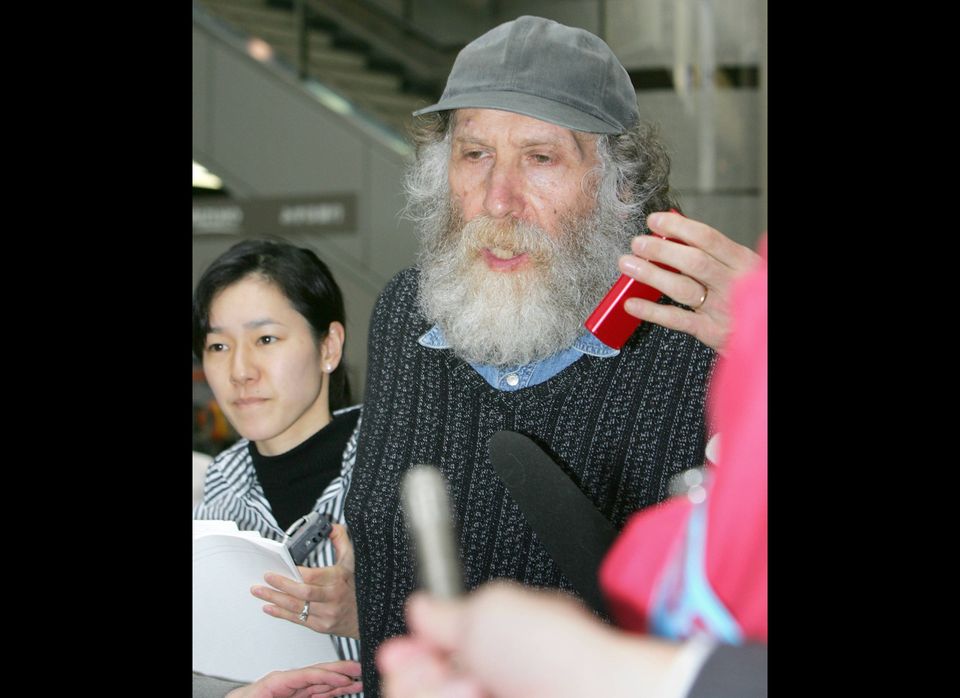 1 / 6
Bobby Fischer
The onetime world chess champion Bobby Fischer was quick to self-deport himself before having to actually face <em>forced</em> deportation. Fischer self-deported and even tried to renounce his American citizenship in 2004 after he was detained in Japan and faced deportation to the U.S. for traveling with an invalid passport. In the U.S., he was under indictment on charges of <a href="http://www.bloomberg.com/apps/news?pid=newsarchive&sid=aqpc5qzMcP3Y&refer=japan" target="_hplink">violating a ban on travel to Yugoslavia</a> where he traveled in 1992, to play in a match against Boris Spassky. After earning $4 million for this, Fischer never returned to the U.S. for fear of arrest and imprisonment. "Bobby Fischer is sick and tired of how he has been treated by the U.S.for the past 12 years," said John Bosnitch, the head of the Free Bobby Fischer Committee back in 2004 <a href="http://www.bloomberg.com/apps/news?pid=newsarchive&sid=aqpc5qzMcP3Y&refer=japan" target="_hplink">according to Bloomberg</a>. On January 17, 2008, Fischer died from degenerative renal failure at a hospital in Reykjavik, Iceland, where he lived out his final years.
Getty