That's a better way to motivate yourself than saying "I can do it," according to a new study that shows that giving yourself advice and encouragement in second-person before an upcoming task may actually boost your performance more than first-person self-talk. Seriously.

"People are used to receiving and giving advice in the second-person, and they seem to prefer using the second-person pronoun to psych themselves up before engaging in action," study coauthor Dr. Sanda Dolcos, a researcher at the University of Illinois at Urbana-Champaign, told The Huffington Post in an email. "Self-advice expressed using 'You' probably enables people to adopt a broader perspective, considering how a significant other might view the event, and to reproduce the kind of encouragements previously received from others."

For the study, Dolcos and her colleague Dr. Dolores Albarracin, a psychology professor at the university, asked 143 undergraduate students to write down advice to themselves before completing a series of anagram puzzles. Half of the students were instructed to use first-person while the others wrote in second-person.

What did the researchers find? The students who wrote in second-person managed to complete more anagrams and appeared to have a more positive attitude in relation to the task.

The researchers also asked 135 students to write down advice to themselves in relation to exercising more often in the next two weeks. Those who wrote in second-person, again, reported a more positive attitude toward the task and even planned to do more exercise than the students who referred to themselves in first-person.

"We were not surprised and had previous research showing people spontaneously use 'You' in situations that require high levels of self-control and action," Dolcos said in the email, "as well as situations following a negative event."

But why did the researchers ask students to write down their self-talk instead of speak it aloud?

"Writing as a tool of conversing with oneself has long been used as a therapeutical approach," Dolcos explained in the email. "However, further research is needed to determine which form of self-advice, written or (internally) spoken, is more beneficial. Probably their effectiveness depends on contextual circumstances and individual preferences."

This study was published online in the European Journal of Social Psychology on June 23, 2014.

PHOTO GALLERY
10 Ways to Get Psyched Up to Work Out

Need Motivation? Here's How To Talk To Yourself, According To Science
10 Ways to Get Psyched Up to Work Out 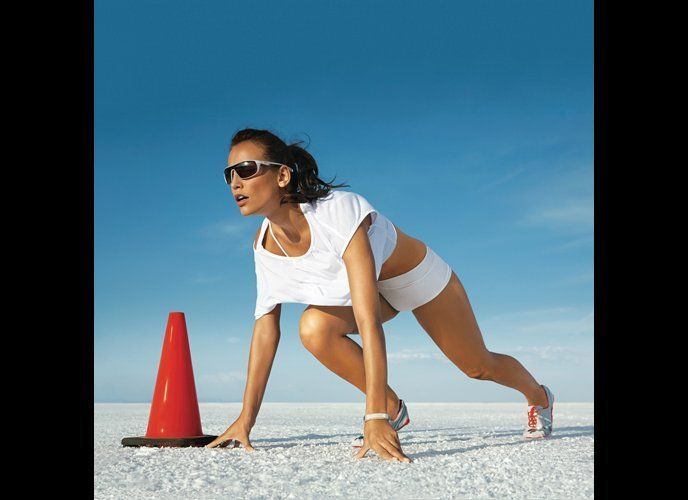 1 / 10
<strong>1. Do what you know.</strong> Mixing up exercise is great advice 11 months out of the year, but during the stressfest known as December, you <em>need</em> routine. When you're overwhelmed by obligations, the workouts you're most likely to do are the ones you know by heart, say researchers at the University of Southern California. Consider it the fitness equivalent of comfort food. photo: Nicola Majocchi <strong>More from <em><a href="http://www.self.com?mbid=synd_huffpowellness" target="_hplink">SELF</a></em>:</strong> <a href="http://www.self.com/beauty/2013/10/wake-up-gorgeous-overnight-treatments-slideshow?mbid=synd_huffpowellness" target="_hplink">Wake Up Gorgeous With These Overnight Treatments</a> <a href="http://www.self.com/fooddiet/2010/03/20-superfoods-slideshow?mbid=synd_huffpowellness" target="_hplink">20 Superfoods For Weight Loss</a>