Two alleged iPhone thieves were arrested in New York over the weekend after they sent a grinning selfie to the cell phone owner's mom, PIX 11 confirms. Khayyam Alexander, 16 (seen below on the left), and Fehti Nekrouf, 18, swiped a 14-year-old boy's phone at a music venue on April 17 in Manhattan, police told Metro. 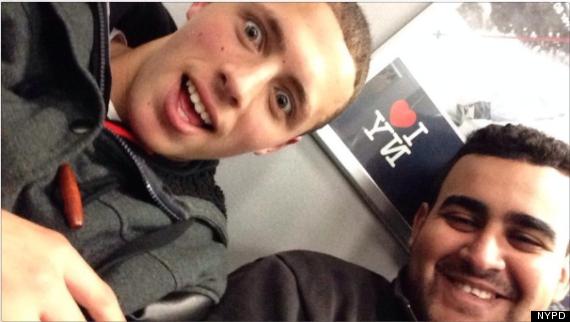 The NYPD released the photo, which allegedly shows the two boys grinning on a train away from the venue. The victim's mother reportedly received the photo on her phone shortly after it was taken.

Alexander turned himself in on Saturday, according to the New York Daily News. Nekrouf was arrested a short time later.

Both suspects were charged with petit larceny and criminal possession of stolen property.