Museums all over the world are working to ban the beloved selfie stick, but Australian artist Jesse Willesee isn't having it.

As a conceptual artist, Willesee is all about the selfie stick, which attaches to cameras and makes it possible to take selfies from a distance greater than arm's length.

"Anything that helps you document the world is a positive thing," he told The Huffington Post. So Willesee "stormed" the Museum of Contemporary Art in Australia and took a bunch of selfie stick photos for a project titled "Andy Warhol With Better Features." 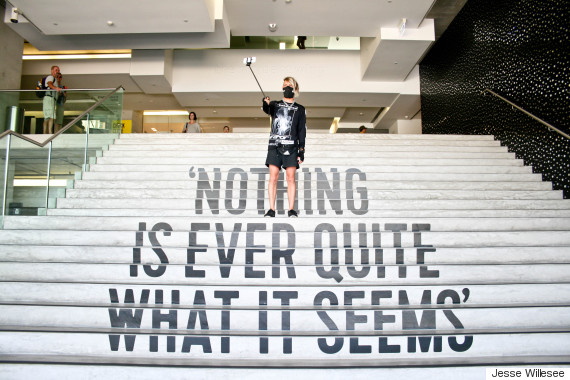 Willesee shot the project in collaboration with photographer Valentina Penkova. His intent is to highlight the world's interest in selfies and the idea that we now use other people's art as the backdrop for our own. 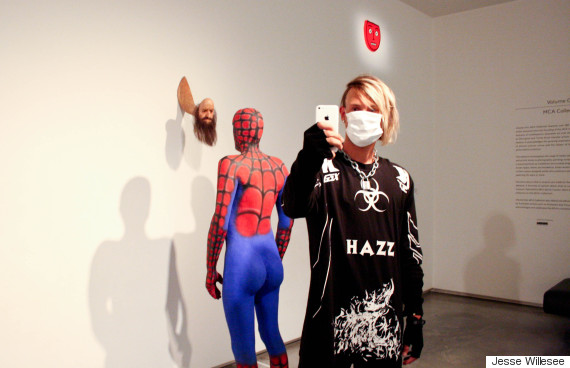 Although museum staff reportedly told Willesee that his project would "detract from the others' viewing experience," he did it anyway.

"I went in anyway and shot without their permission. And for most of the people there at the time, I was the most interesting viewing experience they were having," he told HuffPost. "After I started posing with the artworks, people wanted to pose with me. Galleries don’t accept that that’s the kind of experience audiences want to have. They have an old-fashioned solemn, contemplative viewing experience in mind when people want to interact and jump into the picture. Let the people take photos!" 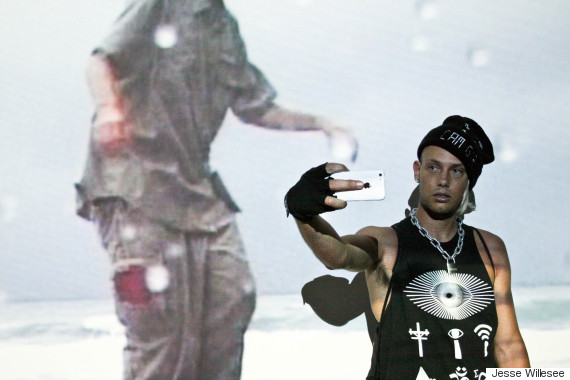 So, why Warhol? Willesee told HuffPost that Warhol would have been a fan of the selfie stick.

"It seems like something he could have invented himself. So the title is a play on words with his name and the line from Jay Z's 'Picasso Baby,' where he says 'sleeping every night next to Mona Lisa, the modern day version with better features.' The idea of him taking Beyonce and mythologizing her against the Mona Lisa reminded me of how people want to mythologize themselves with great artworks." 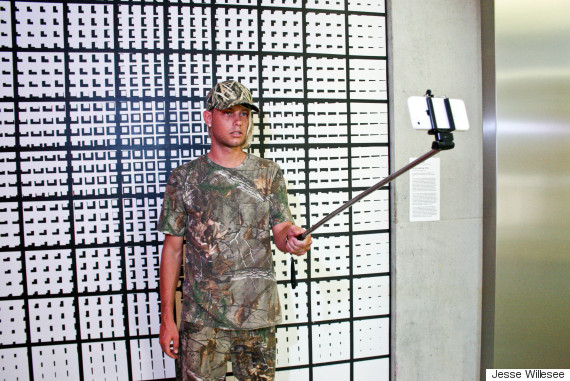