The Book Doctors met Cari Noga in 2011, when she won our National Novel Writing Month Pitchapalooza (think American Idol for books). Her pitch was spectacular, haunting and superbly crafted. Her story is about a 12-year-old boy with autism who witnesses the Miracle on the Hudson plane crash, and how he and other crash witnesses and survivors find their lives intersecting and transformed by the extraordinary event -- and by each other.

We worked with her on her novel Sparrow Migrations and discovered it was a richly wrought tapestry of human emotion, both beautifully plotted and a delightful read. The novel was a semifinalist in the 2011 Amazon Breakthrough Novel Award contest, and the spring 2013 winner of the ForeWord Firsts contest sponsored by ForeWord Reviews. Cari herself was already a published author (Road Biking Michigan with Globe-Pequot Press in 2005). When we sent her book out to our agent and publishing contacts, we were shocked that no one snapped it up. The problem is she's not famous. There are no zombies or werewolves in her book. No S&M involving rich people. Just a great story with great characters about a world-famous event. So Cari decided to self-publish in April, 2013. Sparrow Migrations was just named a literary fiction category semi-finalist in the Kindle Book Review's 2014 Kindle Book Awards. So we thought we'd pick her brain and the beauties and terrors of self-publishing literary fiction. 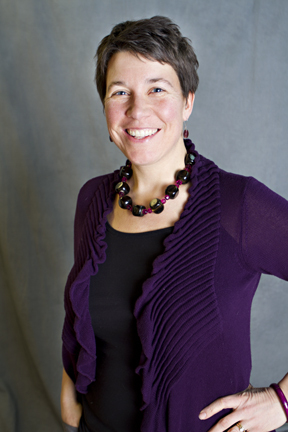 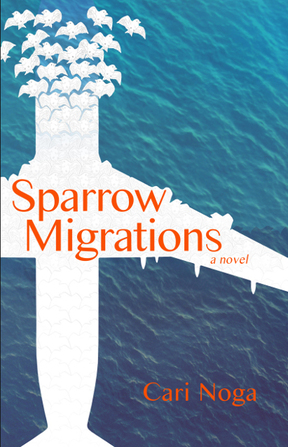 The Book Doctors: The general wisdom is that self-publishing literary fiction is especially difficult. Do you agree with this wisdom? If so, how have you gotten around these difficulties? If not, why not?

Cari Noga: I think publishing anything that isn't directly aimed at a genre-specific audience is more difficult, whether you go the self-pub route or traditional. The upside is that if you do reach a literary audience, the potential is much wider. I seem to have found a niche with book clubs, starting right in my own community, and rippling outward--I just did a Skype chat with a club in Phoenix. My town has a strong sense of locavorism -people like to buy local, eat local, etc. I think that extends to reading, too. One suggestion to make locavorism work for you: Check whether your library offers book club kits - multiple copies of the same book, available for simultaneous checkout. Mine does, and when I did an appearance, I asked that they create a kit.

TBD: What has been the single most difficult thing about self-publishing?

CN: Retail distribution. I was aware that I would have to offer discounts, but I did not appreciate enough the importance of offering returns. My book is available through Ingram & Baker and Taylor, but as a POD book there is no way to return it.

TBD: What has been the single best thing?

CN: Hearing from readers, especially in the book club settings. Free time is my own most prized resource, so to know that people are spending theirs reading my book is incredibly gratifying. Hearing that they like it, that the characters resonate authentically, and that they've learned something - whether about autism, birds, or something else - is like having my cake, icing and ice cream, too.

CN: Most successful by a longshot: Kindle giveaways. I've done two (June 2013, 5,400 copies downloaded; Jan. 2014, 33,600 copies downloaded.) Paid sales increased after each and reviews soared. The January one was advertised on Bookbub, which I also recommend.

Least successful: Advertising in trade journals like PW Select. Not because the ads were bad or poorly designed, but the brick-and-mortar bookseller audience that reads them are predisposed against self-published books, especially POD like mine, due to the inability to return unsold copies and the inconvenience of dealing with an individual publisher.

Book clubs are still proving a good audience -- I'm a guest at three different live discussions here in town next month and my first by Skype, with a club in Phoenix that somehow latched onto it.

TBD: How have you convinced independent bookstores to carry your book?

CN: Goes back to locavorism. I have two indie stores in my town that are both eager to work with local authors. I had a relationship with one (Horizon Books) going back to a nonfiction book (Road Biking Michigan) I published traditionally ten years ago and was fortunate to have one staff member be a beta reader. They have two other stores in northern Michigan as well. The other newer store is Brilliant Books, a cozy, customer-centric place that hosted my launch. I showed them both copies while in proof stage, asked them to carry it and offered industry standard discounts. Another store contacted me after reading local media coverage. A few other stores have been receptive to cold calls.

TBD: Would you still like to see your book published by a major publisher? If so, why?

CN: I would like to see my book in more bookstores. At the book clubs I visit, more people bring paper copies than Kindle, so I'm concluding there's more potential for the paper copy than I'm getting in my half-dozen stores and on Amazon. However, I'd be much more cautious about the deal I'd sign than I would have two years ago. More than a publisher, right now I would like an agent who could advise me about the best moves to make not only for this book, but career-wise.

TBD: Are you working on a next book? If so, what is it about? Tentatively titled Tres Vidas, my next novel is, like Sparrow Migrations, a story about relationships. The three lives that intersect are Lucy, a suddenly-orphaned 9-year-old who must leave her NYC home to live on a northern Michigan farm with her prickly aunt Jane, and Miguel, a migrant worker who becomes a bridge between the two.

CN: How did you get 180 reviews of your book on Amazon?

TBD: Reviews spiked after the giveaways. After the initial release in April 2013, when I ran into people who told me they liked the book - in person, by email, on social media --my standard reply was to ask them to write a review on Amazon or Goodreads. A surprising number actually did, and I got up to about 20 reviews that way. That doubled after the first giveaway. After the second giveaway, timed to the fifth anniversary of the Miracle on the Hudson plane crash, which is the starting incident in the book, they just came pouring in. I've not solicited any reviews in months.

TBD: You enrolled in Amazon's KDP select program. Was the exclusivity they requested worth it?

CN: Yes - see the giveaway results above. I do plan to expand to other platforms (Nook, Kobo) this year.

TBD: We can't help but ask how you view the Amazon/Hachette tug of war since you used Amazon's publishing program. Thoughts?

CN: I think there are far more shades of gray to the situation than have emerged in the mainstream narrative (Amazon: evil corporate behemoth; Hachette, guardians and saviors of literature.)

J.A. Konrath says that in this mad, crazy publishing world of the moment, the only two people who matter are the writer and the reader. Everyone else in a middleman who has to prove their value. Right now, Amazon is connecting those two best. They also treat authors better financially (Both my books are priced at $14.95. I get about $4 per novel sold vs. 75 cents for my Road Biking book, which was taken out of print.*) More people are reading, thanks to the Kindle, which has added another revenue stream for authors.

Meanwhile, the ranks of indie bookstores are actually growing as they embrace what they do best: curation and customer service. In my town, Brilliant Books, for example, offers free shipping. At Horizon, membership program fees drop by a dollar every year, encouraging renewals. Healthy marketplaces do generally have more players vs. fewer, so I hope Hachette and the Big Five can survive. But in terms of blame for the situation they're in, as others have said (See exhibits A was, B and C) I'd point to the mirror as much as Amazon.

Cari Noga self-published her debut novel, Sparrow Migrations, in April 2013. The novel was a semifinalist in the 2011 Amazon Breakthrough Novel Award contest, the spring 2013 winner of the ForeWord Firsts contest sponsored by ForeWord Reviews, and was just named a literary fiction category semi-finalist in the Kindle Book Review's 2014 Kindle Book Awards. A former journalist, she also traditionally published Road Biking Michigan with Globe-Pequot Press in 2005. Read her blog or sign up for her author newsletter at www.carinoga.com.

Arielle Eckstut and David Henry Sterry are co-founders of The Book Doctors, a company that has helped countless authors get their books published. They are also co-authors of The Essential Guide to Getting Your Book Published: How To Write It, Sell It, and Market It... Successfully (Workman, 2010).