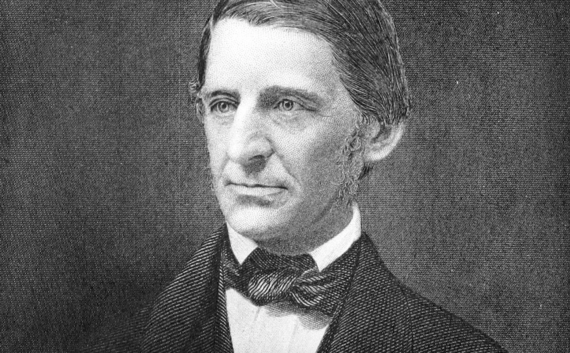 The great man is he who in the midst of the crowd keeps with perfect sweetness the independence of solitude.

When I attended high school in Germany, I was deterred by philosophy's complex logic. It was only when I moved abroad for college that I reconsidered studying philosophy.

I observed a pattern among successful investors. They all thought independently and studied philosophy.

Legendary investor Jim Rogers extols the value of studying philosophy. "So many folks today are caught up in conventional thinking, their intellectual processes circumscribed by such concepts as the state, culture, or religion," he wrote. "To think outside the established framework, to examine things independently  --  this is true philosophy," he added. Learn to think for yourself.

When I met Jim in New York, I asked him about the value of studying philosophy. He told me that it not only helps you to understand yourself, but also what is important to you.

In another book he explained that through the proliferation of media and the Internet, many people are inclined to follow the same ideas and thoughts. But, success does not come from doing what everybody else does. It is about figuring out the reality and then finding your own path.

Do not go where the path may lead, go instead where there is no path and leave a trail.

One piece that helped me to think independently is a short essay on self-reliance by Ralph Waldo Emerson published in 1841.

"Trust thyself," Emerson wrote. "Nothing can bring you piece but yourself," he stated.

"With consistency a great soul has simply nothing to do... A foolish consistency is the hobgoblin of little minds, adored by little statesmen and philosophers and divines," he famously exlaimed.

"To be great is to be misunderstood," he noted.

The text is quite old and the language rather inaccessible to most. I certainly did not find it easy to read through the original piece. As his work is so important, however, I want to share the three points that define his essay: the self-contained genius, the disapproval of the world and the value of self-worth.

Inside of each person is a genius, Emerson argues. "To believe your own thought, to believe that what is true for you in your private heart is true for all men --  that is genius," he wrote.

Trust your own voice and don't give so much weight to the thought of others. What made great thinkers great is that they didn't disregard their own thoughts.

There is something unique and original about you. Find a way to express it. "Envy is ignorance; imitation is suicide," Emerson wrote. Don't try to copy someone else. Envy will not get you ahead.

You know better than anyone else what your strengths are. Follow your interest, and it will lead you where you need to go.

Accept your situation and then find a way to improve it. For that, you must be brave and courageous.

There is a lot you can learn from children. They trust their own impressions. They are not aware of what other people think about them. They just do things. "Infancy conforms to nobody: all conform to it," Emerson wrote.

Brazilian novelist Paulo Coelho talks about this, too. "A child can teach an adult three things: to be happy for no reason, to always be busy with something, and to know how to demand with all his might that which he desires," he wrote.

Do not wish for younger years or yearn to be older in the hope that things will be better. Be who you are right now. And don't try to please other people or beg for their approval. Do what you think is right.

You don't need people's approval to advance your purpose. Be indifferent to the judgment of others. And don't worry about what you said before.

Be true to yourself. Others will try to stop you. But don't let them.

The Disapproval of the World

To be yourself in a world that is constantly trying to make you something else is the greatest accomplishment.

Society everywhere is in conspiracy against the manhood of every one of its members. Society is a joint-stock company, in which the members agree, for the better securing of his bread to each shareholder, to surrender the liberty and culture of the eater.

The virtue in most request is conformity. Self-reliance is its aversion. It loves not realities and creators, but names and customs.

Society will try to make you conform. People are more comfortable with what they are familiar with. They will tell you what you should be or what you can't do. Don't conform, or else you will lose your soul. You will lose your originality and creativity.

"Nothing is at last sacred but the integrity of your own mind," Emerson wrote. "No law can be sacred to me but that of my nature. Good and bad are but names very readily transferable to that or this; the only right is what is after my constitution; the only wrong what is against it," he added. Rely on yourself.

You think you cannot change the world? Many who did thought so, too. And then they just did it anyway.

Conformity, however, will not lead to greatness. Conformity "scatters your force." Conformity turns your true expression into mediocrity.

If you join a crowd, be careful. They will lock you into one perspective or set of beliefs that may blind you to the truth.

You do not exist to please others. You are here to live. And you don't need anyone's approval for that.

When you are alone, it is easy to be yourself. But keeping your solitary independence when among others is much more difficult.

Trust yourself. Don't concern yourself with what you said in the past. Set yourself free. Learn and grow every day. If you always try to be consistent, you will block that new creation that is trying to come out of you.

And if you are misunderstood, so be it. All great souls have been misunderstood. At least you had the courage to be the architect of your own life, and see the world through your own honest eyes.

Defy the status quo. Heroes of the past stayed true to themselves. They took action against popular resistance. Therefore, be indifferent to circumstances, opinions or authority.

Extraordinary people often began as ordinary people. But they decided to take matters into their own hands. They broke free of conformity.

Don't follow anyone else's path. Create your own path.

Most people are passive. They lack purpose and complain. Few people have guts and character. Why?

These people conform. And by conforming, they lose their originality. They fear failure. That is the wrong attitude. Embrace failure.

The Value of Self-Worth

Life only avails, not the having lived. Power ceases in the instant of repose; it resides in the moment of transition from a past to a new state, in the shooting of the gulf, in the darting to an aim.

Stay independent, stay self-reliant if you want to be a creator, not a victim.

In other words, live in the present.

Outside influences only cloud our vision. But solitude will help you to see truly and clearly. Don't get caught up in the web of others. Try to help where you can, but draw a line.

"I must be myself. I cannot break myself any longer for you."

Don't pray and wish for things to happen.

Take action. But if you don't take action, don't regret that you didn't. Be more self-disciplined and take action next time.

Take pleasure in what you create and do not feel that you need to impress others or require their approval.

When you find a truth, don't stop examine and question it.

"Traveling is a fool's paradise," he wrote. Travel, but don't expect to be comfortable when you are not even comfortable at home.

"Insist on yourself," wrote Emerson, "never imitate." Imitation will only yield "half-possession." Everybody has greatness inside themselves, but it will not be activated by following others. Thus, express who you are and don't imitate.

Circumstances do not matter. Don't look to external things to make you happy. Happiness derived from external things do not last. Measure yourself against others not by what you own, but by what you have become. In the end what matters is not the acquisition of money, but character.

When you rely too much on what others say, you become weak and lose confidence.

Don't rely on luck. External circumstances have no lasting value. Honesty is the only way to become happy.

This piece was originally published at Medium.