In 1965, Jimmie Lee Jackson was shot while taking refuge from violent state troopers in a restaurant in Selma, Alabama. His death ignited a 50-mile march from Selma to Montgomery, which galvanized the passing of the Voting Rights Act. As we reach the 50th anniversary of "Bloody Sunday," when demonstrators attempting to cross the Edmund Pettus Bridge faced tear gas and clubs in the fight for true voting rights, the conversation about racial equality is as salient as ever.

Activist Ashley Yates joined HuffPost Live on Friday to weigh in on the similarities between today's #BlackLivesMatter movement and the civil rights struggles of the 60s.

In 2013, the movement took a hit when the Supreme Court gutted a crucial portion of the Voting Rights Act, which was hailed as one of the most important civil rights victories of its time. The 5-4 ruling removed federal oversight from the voting processes of nine mostly southern states.

While some may consider voting discrimination a thing of the past, Yates looked to the demographics of Ferguson's white-dominated city council representatives as an example of the rampant voter disenfranchisement faced by black Americans.

So, how does Ferguson, a city with an African American majority, end up with a mostly white government?

"Well, that's because voting disenfranchisement is very, very real," she said. "The methods don't look the same as they did in the Jim Crow south, but they are definitely utilizing tactics to make sure that people don't get their voices heard."

She also discussed the fight against police brutality, drawing comparisons between Michael Brown and the martyrs of the past.

"Mike Brown is our Jimmie Lee Jackson. We're still seeing this very real history living and repeating itself today. We're seeing the tear gas...we're seeing people oppressed for standing up for their rights," she said.

But the #BlackLivesMatter protesters have also learned from the "mistakes" of the civil rights movement, she added. While black demonstrators of the '60s enshrined respectability politics to push their fight forward, activists of today are much more unapologetic:

We're making sure that when we speak about black liberation, we're talking about all black people and not just a certain sub-sector of who white America sees as acceptable in society. We're talking about everyone. We're not asking for our existence to be validated by being good black people, we're demanding that our existence is validated just by living because we are human beings.

Watch the full segment about the 50 year anniversary of "Bloody Sunday" here. 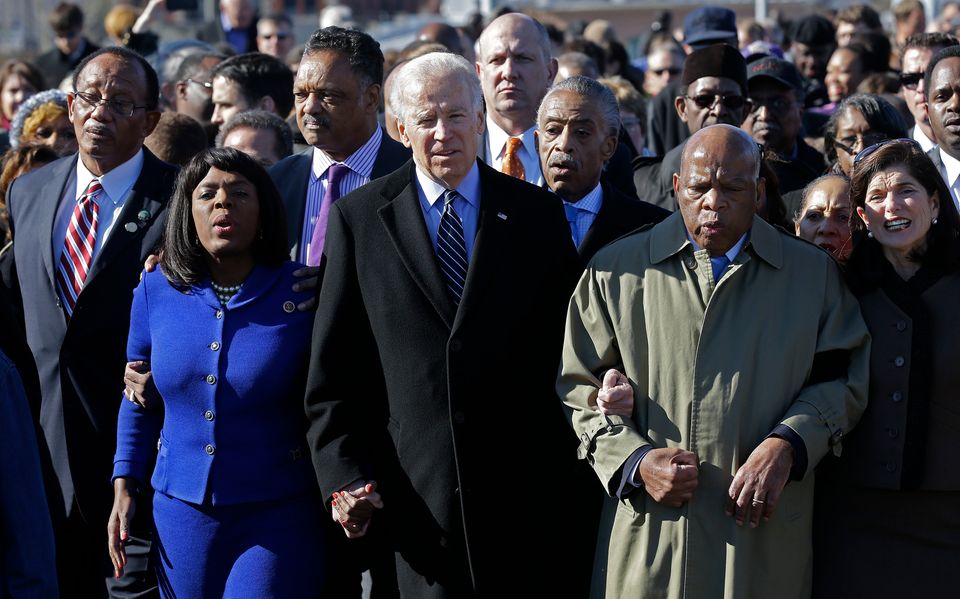