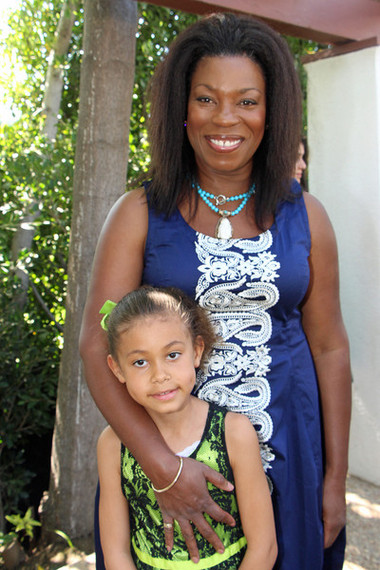 During my conversation with Trinidad-American actress Lorraine Toussaint, the poetic quality of her words and the depth of feeling behind them drew me in. Toussaint's story is that of a woman who was shut down by a culture, rendered powerless, but finds a way back, and in the end, completely comes into her own.

This year, coming into her own includes plenty of award season buzz, including the Oscars, about which she says, "I've never felt more full as a woman. I am bursting with stories, feelings, love, passion, and awareness of myself... The work I do is meant to be gifted and when that gift is valued, it makes my soul hum."

Moreover, Toussaint is already completing work on a Christmas comedy starring Seth Rogen, Joseph Gordon-Levitt and Anthony Mackie, which is scheduled for release in theaters November 25, 2015. Of her experience she says, "I've never been on a set where entire scenes are improvised... They work in a way that's terrifying and really good for me because it pulls me out of my comfort zone... They are comic daredevils!"

Toussaint is also a single mother by "design," and it's this aspect of her life that I focused on in our discussion -- her relationship with her 10-year-old daughter, Samara, and how her own childhood and upbringing affects the way she parents now.

I grew up a middle class, colonized child of teachers, and librarians and people, women especially, who treasured education.

I grew up under the British system, which I think is horrific for children -- very, very strict -- a system that did not recognize children as being individuals. You were small animals earning the right to be human.

Childhood for me then felt extraordinarily powerless, and as an artistic child who learned in alternative ways, it was hell. I was beaten regularly... A good child was a fearful child, and I was a very, very good child, which means I lived in a world of silent, dark terror most of the time.

My mom was a [Montessori] teacher and she came to the United States in that wave of the 60's. My mom was a classy woman and she was also middle class. She put all that aside to become a highly overqualified nanny.

No one around me had the eyes to recognize that I was in such severe grief (over her mother leaving for the U.S.) that I could barely draw breath. Their response to that grief was actually punishment or emotional deprivation. I used to play the violin. The violin was taken away from me.

I tell you this story not because I actually care what went down in my childhood. I care enough to tell you this: Those first 10 years drove me deeply into myself. I went into hiding because it was so unsafe to be out, and so I tried to make myself as invisible as humanly possible and learned early how to just endure.

When my sentence was up, and my mom came back to get me and bring me to America, I knew I was never going to look back, and the sun had come out.

How do you feel these experiences affected you as a mother?

It affected me enormously as a mother. It forged all of my great qualities as a mother. I recognized that you cannot brutalize a child's body without being violent to their spirit.

I know what it was like to not have a voice, so my daughter has a voice. I veto that voice when needed because at the end of the day I am the grown-up, but I hear her. 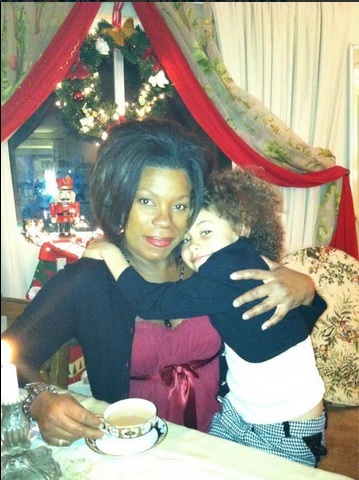 What lessons do you want your daughter to take away from Selma?

I said, 'I'm taking you with me on this film and you will actually learn about the civil rights movement by walking the walk that Martin walked.'

How do you advise Samara on dealing with bullies?

I've been raising a compassionate, openhearted child who is a peaceful warrior and have zero tolerance for bullying. We talk a lot. There are certain things in our house that are totally unacceptable -- hurting another person's body or using words as weapons.

I hope that whenever my daughter has a negative experience, I'm there to talk about it, and remind her how we feel when it's done to her so that she doesn't do it to others.

Do you have time for dating now?

No. How do you date with a child? I don't know how. I would like to date. I don't plan to live alone the rest of my life.

I'm a mama bear when it comes to my daughter's safety on every level and I don't casually introduce people into our lives... the crap I would tolerate from a guy when it was just me, there's no way in hell that I would tolerate a whole lot of crap when my daughter is bearing witness to it.

Is there something as a mother that's unique to you?

I want to teach my daughter -- not with my words, but with my being -- how to be in her body. I'm fully inhabiting myself and I don't hide myself. I'm aware that children know all and see all. It's impossible to lie to a child. So I don't try in anyway.

Follow your instincts... I listen to my belly talk, not my head talk when it comes to my daughter.