Every starlet dreams of being discovered by talent agents leafing through her portfolio. If insects have such aspirations, consider them satisfied: Researchers recently spotted a previously unknown species of lacewing while randomly flipping through images posted on the online database Flickr.

Adult lacewings are small, nondescript, soft-bodied insects best known for their diaphanous wings, but their larvae voraciously prey on aphids and other insects and are often used in biological pest control on flowers or crops.

The images of the new lacewing, which has a 30-millimeter wingspan, were taken in a forested park north of Kuala Lumpur, Malaysia, by an amateur photographer and then posted online. 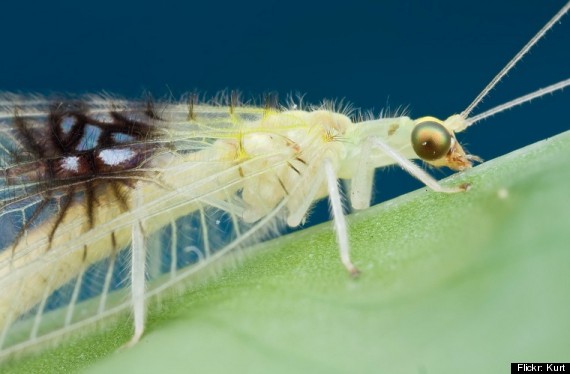 An entomologist randomly viewing the images noted the distinct pattern of veins in the insect’s wings, which sport black markings and two white spots (see image above), and suspected the creature was an undescribed species.

Unfortunately, the photographer had released the insect after taking its picture, so researchers had to wait until the shutterbug revisited the area and collected a specimen before they could officially write up their discovery, which they report online this week in ZooKeys.

The new species—dubbed Semachrysa jade, not for its green color but for the lead researcher’s daughter—may represent the vanguard of many such finds made possible by collaborations between nature photographers and office-bound scientists.