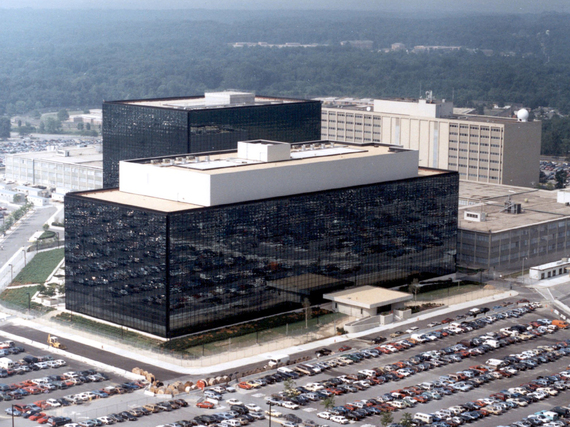 Indications show that there is little effort on the part of the U.S. government to ease its use of "eavesdropping" and "data collection" archives according to many reports, but none more notable than one from the New York Times.

The intelligence community is pursuing a more forward approach to their recent programs and that involves "aggressively pursuing legal authorities and a policy framework mapped more fully to the information age" according to a top-secret document obtained by New York Times reporters James Risen and Laura Poitras last year.

One of the more striking revelations about this document is the desire by intelligence communities -- and the NSA in particular -- to sway the global encryption market through "commercial relationships."

Evidence of the growing reach of the NSA has been well-documented since NSA leaker Edward Snowden had worked with former Guardian blogger Glenn Greenwald -- the revelations continue to be revealed as you read this.

Based on SIGNIT -- which stands for signals, intelligence, the interception of communications -- documents obtained by Huffington Post writers Glenn Greenwald, Ryan Gallagher and Ryan Grim on Nov. 26, the NSA states that their enemies are "particularly vulnerable" and can be exploited through their online pornographic activities and that "inexperienced young girls" can be persuaded through the use of sexually explicit language.

As of Nov. 15, Sen. Dianne Feinstein (D-Calif.), who chairs the Senate Intelligence Committee, introduced and passed a committee bill by an 11-4 margin giving the NSA the go-ahead to search the data and information of Americans so long as its done so on foreign land (if the bill passes Congress).

Not long after Feinstein introduced a bill authorizing more power for the NSA's oversea searches, that same committee signed a $75 million appropriations bill which would help fight leakers and threats from within the NSA according to the Hill.

The bill also has protections for what the committee calls "legitimate" whistle blowers. It would protect those concerned with program's reach to contact Congress or other top officials within the NSA.

Having internal workers report to top NSA officials in the case of corruption can be problematic as seen in the case where military victims of sexual assaults become hesitant to notify military leaders because in many cases, it is those same leaders whom commit the assaults.

According to a Pentagon study, approximately 26,000 cases of sexual assault or harassment happened in 2012. Within those years, 3,000 cases were reported and only 300 were prosecuted. It is not clear how many of those prosecutions ended up with a conviction, but regardless, the current structure of having subordinates report incidents to high-ranking officials resulted in a .01 percent prosecution rate. With a subject as serious as unwanted sexual actions and behaviors (including rape), a .01 success rate is well, not very successful in the eyes of any statistician.

How can a whistle blower be protected from the punishment or threats from high-ranking officials within the NSA? A similar issue arose when looking at how we protected -- or didn't -- workers from threats for losing their jobs by their employers if workers protested against what they considered poor working conditions.

The NSA and Senate backers of the NSA's increasing powers are doing what they can to protect classified information from being leaked, but will they be violating the rights of workers, whistleblowers and journalists in their attempt at increasing security within the organization?