WASHINGTON -- Democrats will dare Republicans to vote against an expansion of tax credits for the middle class with an amendment that's intended to help married couples and people burdened by the high cost of child care.

Sens. Bob Casey (D-Pa.) and Tammy Baldwin (D-Wis.) are the lead co-sponsors for the amendment, first shared with The Huffington Post and introduced on Thursday. Senators will consider the measure alongside a broader spending bill Republicans are using to repeal much of the Affordable Care Act.

The Democrats' amendment is almost guaranteed to face GOP opposition, so it's largely a symbolic move. That's fitting, since the Senate's Republican leadership has already admitted that the entire exercise of passing a bill to repeal President Barack Obama’s signature legislative achievement is itself symbolic.

Senate Minority Leader Harry Reid (D-Nev.) said Tuesday that he expects Democrats to offer a “very small” number of amendments, so this amendment is one of the few that will get consideration. Congress must pass a spending bill by Dec. 11 to avoid a government shutdown.

“If we enact these policies we will guarantee that these middle class families see their incomes go up, and we can do it in a fiscally responsible way that pays for these tax cuts by closing the most egregious tax loopholes,” Casey said in a statement. “Republicans, on the other hand, propose a number of steps that will make it harder for families to make ends meet, like gutting the ACA.”

According to Casey’s office, the amendment would aid families by providing a 7 percent tax credit on up to $10,000 of the secondary earner’s income. Qualifying families would be able to directly reduce their income tax bill by up to $700. This new credit would also reduce earned income for purposes of calculating the Earned Income Tax Credit.

Currently, parents are eligible to receive a credit of just $3,000 per child, and many low-income families don’t even qualify for the credit, so the second provision of Casey and Baldwin’s amendment would increase the maximum allowable expense limit for child care to $8,000, extend the maximum credit rate of 35 percent to all households making up to $110,000 a year, and make the credit fully refundable.

The Democrats propose to pay for the tax credits by enacting the so-called “Buffett rule” to raise taxes on the wealthy, by closing an executive compensation loophole that enables corporations to claim outsized tax breaks by paying their executives in stock options, and by making it harder for companies to incorporate abroad to avoid paying U.S. taxes.

Democrats have long sought such measures. Obama called on Congress to pass the Buffett rule in 2012, a year after billionaire investor Warren Buffett pointed out in a New York Times op-ed that rich people like him pay a smaller share of their income in federal taxes than middle-class taxpayers. The legislation would impose a 30 percent minimum tax on adjusted gross income for individuals making more than $1 million a year.

Republican leaders have derided past incarnations of the Buffett rule as "class warfare."

The second way the amendment would pay for the tax breaks would be by targeting a tax loophole passed in 1993 that allows corporations to deduct the value of stock options or other rewards for CEOs and executives from the company's taxable income, as long as the pay is “performance-based." In practice, this means that the more the companies pay their executives, the less they pay in federal taxes. The Joint Committee on Taxation has estimated that closing the CEO pay loophole would save taxpayers $50 billion over 10 years. Democrats have proposed various bills to close the loophole, but none have gained traction.

The final measure to pay for the tax credits would echo legislation that Democrats have already introduced, designed to reduce U.S. companies' incentives to buy foreign companies and transfer their main business operations abroad to avoid U.S. taxes. Burger King announced it would do so last year by taking over the Canadian coffee and doughnuts chain Tim Hortons. Such “inversions” cost taxpayers billions of dollars.

Casey and Baldwin’s amendment would tighten rules for inverted companies, requiring that they be at least 50 percent foreign-owned, going beyond the current 20 percent rule. A company looking to invert by merging with a foreign company would have to merge with one at least as large as itself.

In contrast, the leading Democratic presidential candidates -- former Secretary of State Hillary Clinton and Sen. Bernie Sanders (I-Vt.) -- are debating progressive priorities like health care, child care and college, and how to pay for them.

Clinton has proposed a new tax credit for families caring for aging parents and grandparents or people with disabilities, promising that she would only impose new taxes on the wealthiest Americans as president. Her campaign has criticized Sanders for proposing legislation that would provide universal, single-payer health care financed by a payroll tax increase, arguing that any tax increase on the middle class is unacceptable. 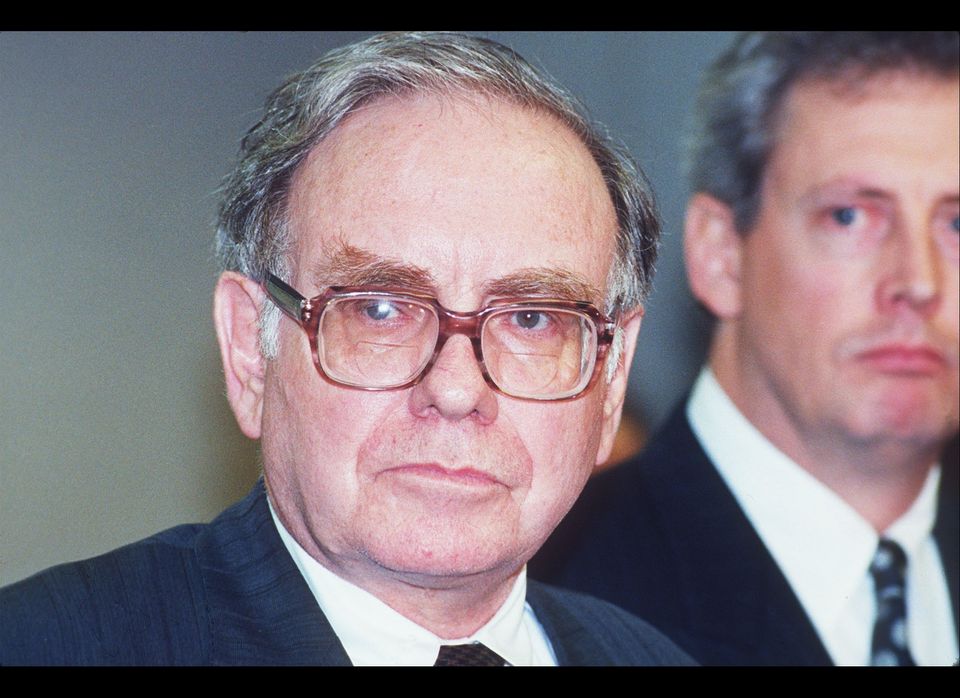 1 / 7
1964: Investment In American Express
In 1964, Warren Buffett purchased shares of an American Express wracked by the "salad oil scandal." The purchases would go on to net him $3.7 Billion, according to <a href="http://247wallst.com/2011/01/21/warren-buffetts-greatest-investments-of-all-time/" target="_hplink">24/7 Wall St</a>. The move would later be compared to his more recent investments in Goldman Sachs and Bank of America.