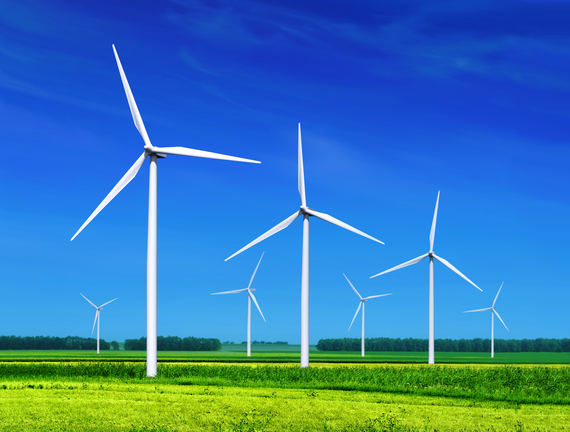 A finance package extending tax credits for wind power to the end of next year, recently approved by a key U.S. Senate panel, has been hailed as progress for clean energy, and it is. But here at Environment America we're containing our enthusiasm.

According to the finance deal adopted in committee, the Production Tax Credit for onshore wind and the Wind Investment Tax Credit for offshore wind will be reinstated retroactively to the start of 2015 and expire in 2016. The bill doesn't address the Renewable Energy Investment Tax Credit, which primarily benefits solar energy and is currently in effect; it will expire at the end of 2016.

The bottom line: even if these tax credit extensions quickly become the law of the land, solar and wind power will still be on a mighty short leash. Incentives for both pollution-free resources will dry up in 18 short months, while billions of dollars of fossil fuel subsidies remain embedded in our tax code.

Why do wind and solar power need long-term tax incentives?

First and foremost, we need these energy sources to solve the climate crisis. Scientists are clear we must make drastic cuts in pollution and get off fossil fuels to avoid the temperature increases that will wreak havoc on our climate. Our research shows that by 2030 we could quite easily get 10 percent of our power from the sun, and 30 percent from the wind. Researchers at Stanford University have published a series of studies showing the path to 100 percent clean energy, and wind and solar are central.

In most electricity markets in America, dirty energy sources are still artificially cheaper than the clean ones. That's in part because state and federal governments give away roughly $20 billion every year in cash subsidies and tax breaks to oil, coal, and gas; they've done it for more than a century. It's in part because cheap dirty energy doesn't reflect its true cost. The health costs associated with air pollution and the costs of extreme weather events associated with climate change are born by society as a whole, and by our children and grandchildren.

While wind and solar power have high -- but declining -- upfront costs, they are virtually free in the long term. The cost of these clean energy sources is almost entirely the upfront capital expense of building and installing turbines and panels to access free sun and wind. While these prices are falling sharply -- solar dropped 35 percent from 2010 to 2013 -- renewable energy investors still must make a sizable down payment before society reaps the benefits of low-cost clean power. That's especially true of offshore wind, which holds enormous promise, but hasn't yet seen the price declines that come with widespread deployment.

Lenders and investors need long-term certainty. Eighteen months is certainly better than nothing, but it won't really do for a lender making loans to energy investors over 10 years or more. In the same way steady employment qualifies you a lower interest rate on your home mortgage, the certainty of tax credits for the long term qualifies energy investors for lower interest rates, bringing down their capital costs.

Eighteen months is a start, and we're encouraged by the bi-partisan support in the Senate for moving forward. But ultimately, Congress should approve long-term clean energy incentives to ensure the sustained growth in solar and wind power that the American people deserve, and that the climate crisis demands.