Americans largely do not approve of the GOP Senate health care bill, and many of them are dissatisfied with the way Republicans in Congress are handling the matter, according to a new NPR/“PBS NewsHour”/Marist poll.

The findings, released Wednesday, suggest that just 17 percent of those surveyed approve of the GOP Senate health care bill. More than half of respondents said they disapprove of the legislation, while 24 percent said they hadn’t heard enough about it to have an opinion.

Senate Republican leaders said this week that they will postpone a vote on their bill to repeal and replace the Affordable Care Act, after their own party members voiced opposition.

Under the proposed legislation, roughly 22 million fewer Americans would have health insurance coverage by 2026, according to the Congressional Budget Office. Medicaid and other financial assistance programs for low- and middle-income people would shrink dramatically if the bill were signed into law.

As expected, Democratic approval of the bill is extremely low, according to the poll. Republicans offered only modest support of the bill ― 35 percent approve of the bill and 21 percent oppose it.

Sixty-five percent of Americans, including 36 percent of Republicans, disapprove of the GOP’s handling of health care. If Congress fails to repeal and replace the ACA, the poll suggests the GOP would bear most of the blame. Thirty-seven percent of those surveyed said Republican members of Congress should be held responsible for such an outcome, while 23 percent would blame the Democrats.

President Donald Trump would escape most of the blame, the poll suggests. Just 14 percent of Americans surveyed would point the finger at the president. 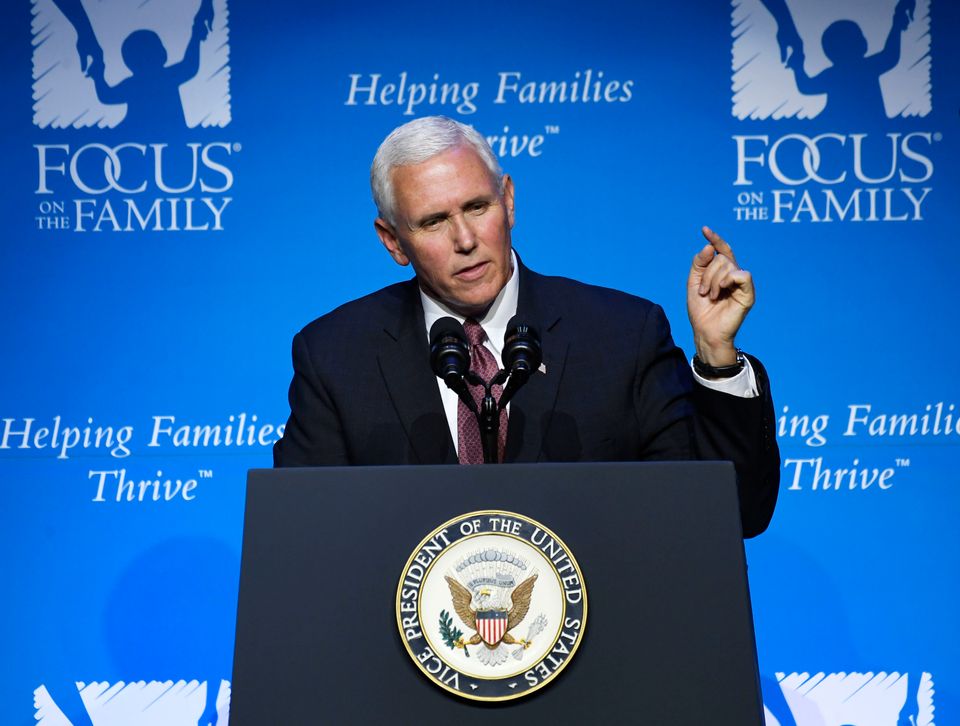 1 / 8
Vice President Mike Pence
&ldquo;Like many Hoosiers,&nbsp;<a href="http://www.indystar.com/story/news/politics/2015/06/26/hoosiers-reacting-sex-marriage-ruling/29329915/" target="_blank">I believe marriage is the union between one man and one woman, and I am disappointed that the Supreme Court failed to recognize the historic role of the states in setting marriage policy in this country.</a>&nbsp;Nevertheless, our Administration will continue to uphold the rule of law and abide by the ruling of the Court in this case. Under our system of government, our citizens are free to disagree with decisions of the Supreme Court, but we are not free to disobey them. As we move forward as a state and a nation, Hoosiers may be assured that our Administration will respect the law and the dignity and worth of every Hoosier and every Hoosier family.&rdquo;
Andy Cross via Getty Images