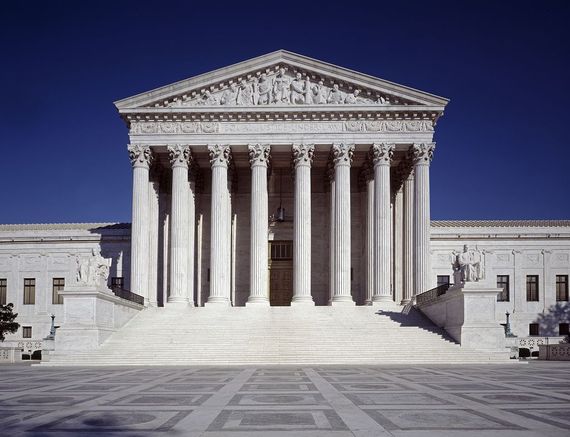 At that point, the President hadn't even announced his intention to fill the vacancy on our highest court.

It's a sad state of affairs that the highest ranking Republican in the Senate would politicize the Court in such a grotesque way when many of us were still learning of Justice Scalia's passing.

But this is par for the course for the Republicans. On issue after issue, debate after debate, they continue to solidify their reputation as the party of "no," to the detriment of this great nation.

Senate Republicans continue to maintain that they will deny a confirmation hearing to any individual nominated by President Obama to serve on the Supreme Court.

This is part of the Republican political agenda to disrupt the work of government when it does not align with their far-right ideology.

It is a thinly-veiled attempt to obstruct the nomination process in hopes of packing the Supreme Court with conservative justices who will roll back the progress our nation has made, from marriage equality to reproductive rights.

We have already seen what is at stake here. In 2013, the Supreme Court struck down the heart of the Voting Rights Act--a major setback for civil rights and voting rights, and a major blow to fundamental democracy in this country.

The president has a constitutional responsibility to nominate a successor to Justice Scalia.

The Senate also has a constitutional responsibility--to give the nominee a fair hearing and a timely vote.

This is about democracy and protecting the institution of the Supreme Court.

What we are seeing from Republicans is a clear pattern of obstruction. They have shut down the government, and now they have halted the nomination process before it has even begun.

This divisiveness is an insult to the American people, who deserve to have their nation's highest court working at full capacity.

Republicans have said that there is no precedent for confirming a Supreme Court nominee during an election year. That is blatantly wrong: six Justices have been confirmed in presidential election years, including three Republican appointees.

What is unprecedented in modern history is denying the President of the United States a hearing or vote on a nomination to the Supreme Court.

And yet that's what the Republican plan is.

It's hard not to see this as an effort to delegitimize the nation's first black president.

Republicans have been trying to derail President Obama ever since he took office.

And now, whoever ends up being nominated for the Supreme Court, regardless of qualifications, will be rejected simply because he or she is an Obama nominee.

The disdain Republicans have for Obama is so great that they are willing to trample on the U.S. Constitution to prevent him from appointing a judge to the Supreme Court.

The U.S. Constitution--the very document that Republicans like to accuse the President of ignoring--states that the president "shall nominate, and by and with the Advice and Consent of the Senate, shall appoint... Judges of the supreme court."

Not only does he have the right, he has a duty to appoint a judge to the Court.

Now, President Obama made clear that he seeks judges "who approach decisions without any particular ideology or agenda, but rather a commitment to impartial justice, a respect for precedent, and a determination to faithfully apply the law to the facts at hand."

There is nothing radical about the President's position. His comments speak to his respect for the law and the seriousness he brings to the nomination process.

Republicans must do their job as it relates to that process--earnestly debate and then vote on the person nominated by the President.

There are many hotly debated issues in our country--immigration, gun reform, health care, campaign finance; issues that necessitate the maximum strength of the Supreme Court.

The American people deserve far better than attempts by Republican politicians in Washington to stack the Supreme Court with far-right judges who will forgo impartial justice to advance the conservative agenda.

They expect their government to work for them, and Senate Republicans must meet that expectation by swiftly filling the vacancy on the Court.