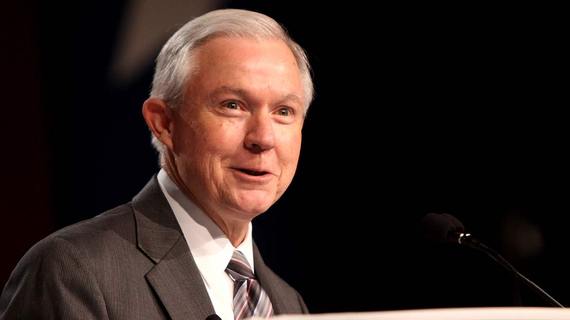 Jeff Sessions is a longtime friend of mine, and I am very happy to see him be confirmed as Attorney General of the United States.

Make no mistake, though - while I am personally delighted for my friend, I am much more pleased as an American to have a man of impeccable qualifications and integrity about to take the reigns as the nation's top law enforcement officer.

During his time in those posts, the Senator has been a constant champion of law and order.

He has pushed for strenuously controlling our borders, something that will unquestionably take center stage during a Trump administration.

But despite his penchant for tough enforcement of laws and wealth of experience, there have been some concerns expressed about Senator Sessions not being willing to apply the law to everybody equally.

As I stated above, Jeff and I have been friends for years. I know him very well and can personally attest to the integrity of his character.

His record has been challenged, but I believe he has demonstrated his fidelity to the law repeatedly throughout his career.

This is a man who pushed to desegregate Alabama schools and helped prosecute KKK leader Henry Francis Hays, who received the death penalty for abducting and killing a black teenager named Michael Donald.

He later saw to it that Hays' accomplice and father were brought up on federal charges related to the murder.

Some have said he only prosecuted a voter fraud case because of racial motivations, but the son of Albert Turner - the main defendant in that case - disagrees and has endorsed Jeff Sessions for the position of Attorney General.

"I have known Senator Sessions for many years, beginning with the voter fraud case in Perry County in which my parents were defendants. My differences in policy and ideology with him do not translate to personal malice. He is not a racist. As I have said before, at no time then or now has Jeff Sessions said anything derogatory about my family. He was a prosecutor at the Federal level with a job to do. He was presented with evidence by a local District Attorney that he relied on, and his office presented the case. That's what a prosecutor does. I believe him when he says that he was simply doing his job.

I believe that he is someone with whom I, and others in the civil rights community can work if given the opportunity. I believe that he will listen, as he has in the past, to the concerns of my community. More than most I am very familiar with him. I believe he will be fair in his application of the law and the Constitution; as such I support his nomination to be the next Attorney General of the United States."

That is what Jeff Sessions has done in every government position he's ever held: be fair in his application of the law, regardless of race, ethnicity, gender, or sexuality.

And it is exactly why he will make a terrific Attorney General of the United States.