Democratic Senator Patrick Leahy (VT), chairman of the powerful Senate Appropriations Committee's Subcommittee on the State Department and Foreign Operations, has called on President Obama's administration to suspend aid to Haiti and cancel visas for its top officials. Leahy's statement comes as the streets of Haiti are in chaos over a disputed election that was plagued by fraud, voter intimidation, ballot stuffing and violence even before the votes were counted.

Secretary of State Hillary Clinton and her husband, Bill Clinton, who is the UN Special Envoy to Haiti, have so far been silent on the contested elections.

This silence may end as Sarah Palin will be in Haiti this weekend with Franklin Graham, who heads up Samaritan's Purse, a charitable organization involved in providing water filtration and other aid to the 1.5 million displaced in refugee camps since the January earthquake which killed 250,000 and injured up to 300,000.

Polling and leaked results had indicated a surprise in which the Preval government's choice, Jude Celestin, was relegated to third place behind a grandmother and a popular, flamboyant musician. All polling had indicated that 70-year-old Mirlande H. Manigat, a former parliamentarian, Sorbonne graduate and the wife of a past president, along with businessman and musician Michel "Sweet Mickey" Martelly (49) had surged in a crowded field.

The final tally prompted a statement from the US Embassy in Haiti questioning results that put Celestin in the two-person run-off ahead of Martelly.

In a statement, Leahy said:

As if Haiti did not have enough problems, now, once again, those in power there are trying to subvert the will of the people. The United States must come down squarely in support of the Haitian people's right to choose their leaders freely and fairly. By suspending direct aid to the central government and visas for top officials and their immediate family members, the United States would be sending that message. This process needs to bring about a legitimate government respected by the Haitian people and recognized by the international community.

Leahy's request to freeze travel for Haitian government officials is important, given the WikiLeaks cable on Haiti that indicated the current president, Rene Preval, wants to guarantee his safety after the election. From 09PORTAUPRINCE575, DECONSTRUCTING PREVAL:

Thus, they argue, his [Preval's] overriding goal is to orchestrate the 2011 presidential transition in such a way as to ensure that whoever is elected will allow him to go home unimpeded. Based on our conversations, this is indeed a matter that looms large for Preval. He has said to me on various occasions that he is worried about his life after the presidency, that he would not survive in exile. His concerns seem real, given Haiti's history, albeit somewhat overblown at this point in time.

The State Department has also issued a travel advisory to Haiti for US citizens, recommending against all unnecessary travel as violence continues and reports from there indicate continuing violence over the disputed election.

We received direct street testimony from our regular contact, and there is more from the Haitian Lawyers Leadership Network:

(This is what) happened on the Champ de Mars. I was not in PA, I was in Carrefour when I heard about it. Some people wearing Celestin's t shirt were demonstrating on the Champs de Mars by 1 pm. (wearing Celestin's t-shirt don't mean anything to me cause anyone can do it, anyone who wants an explosion in Haiti -- it could be Celestin or anyone else) So they were around 50 according to witnesses. They had a car and a few motorbikes with them. As they were singing, dancing and walking on the streets some people on the champs de Mars started to yell "Micky, Micky" (Martelly's artist name) and one of the bikers got a bottle on his head. So he stopped his motorbyke and walked towards those people. He took his gun and shooted people just like , from one block of LePlaza and two blocks from the main police station of PAP. They talked about three to five people were killed and many injured. The closes health care facilities is the General Hospital. Dr Alix Lassegue ( who you met ) talked on radio to say that the hospital can still provide health to people sick or people injured, of course everything is not ok as usual because of the situation of the street but he needed help this afternoon because the X Ray lab is not working and the people injured needed X Ray in emergency.

Reuters has supporting video here, but embedding has been disabled.

In Friday's DOS press briefing and in response to a question as to whether DOS would support Leahy, Assistant secretary Phillip Crowley hedged on taking immediate action, but seemed to signal that DOS would stand behind its original statement from the Haiti embassy.

We have already publicly stated our significant concerns about the results that have been announced. There is a process underway. I think today is the last day to file formal complaints to challenge the results that have been announced. And we are committed to support this review. It needs to be credible. The results that -- when these results are finalized, leading to a run-off election next month, the people of Haiti have to believe that these are the candidates that they have chosen, they haven't been chosen by the government behind closed doors.

This is a critical moment for Haiti. We are prepared to support Haiti. We are also sending a very clear message to the existing government that that this election has to be done properly, in accord with the wishes of the Haitian people. We will judge our future relationship by the actions that Haiti undertakes, but -- and we are committed to supporting this process. But let's wait until we see what happens first, and then we will judge the implications. 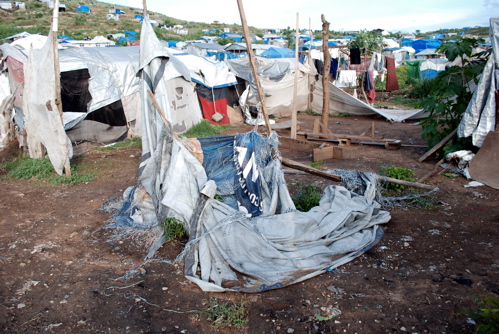 Silence from US officials such as Secretary of State Clinton cannot be endured for much longer as a cholera epidemic continues to spread unabated with 96,092 cases and 2,167 deaths. Even these numbers are in dispute, as it is widely believed that there is gross under-reporting from remote areas. Civil unrest has compounded the problem, but the government and NGOs had done virtually nothing to prepare for an epidemic of diarrheal disease since the January earthquake. The squalid, fetid conditions in the camps and lack of access to clean water all but guaranteed an epidemic. 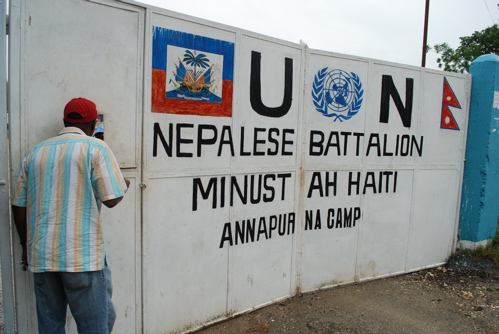 The CDC, French scientists and The New England Journal of Medicine have confirmed that the cholera strain was introduced into Haiti in a single event at the UN base in Mirebalais, where Nepalese soldiers were deployed from a cholera stricken area in their homeland. Septic waste leaked or was dumped into the Artibonite River system -- the source of water for drinking and bathing.