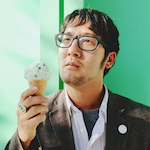 Jon Sung is a contributing writer for XPRIZE and copywriting gun-for-hire to startups and
ventures all over the San Francisco Bay area.

Listen up folks: it's time to stop screwing around and find out what's happening on Jupiter's moon Europa--right now. Seriously, we managed to land a robot on a comet late last year... so what's the hold up? Let's go! Everybody in the van!

Why the big hurry? There's damn good chance we might find life there. Here's the short version: Europa is one of Jupiter's four largest moons (there are more than 50 depending on how you count 'em), and as far as we can tell, it's a hollow ball of ice with a tectonically active rocky core in the middle. What's in between? Water. And water plus tectonic activity equals a pretty potent recipe for life.

How do we know? Because it's happening right here on Earth. Way down at the bottom of the ocean where there's no sunlight, there are vents that spew superheated water full of noxious chemicals from the core of the planet 24/7, and the space around these chimneys is jam-packed with weird life forms. There are bacteria that eat the chemicals, and an assortment of tube worms, crabs, and fish that either live symbiotically with them or eat each other. It's an entire ecosystem that doesn't depend on the sun for energy, which is how everything that lives up here on the surface gets things done. 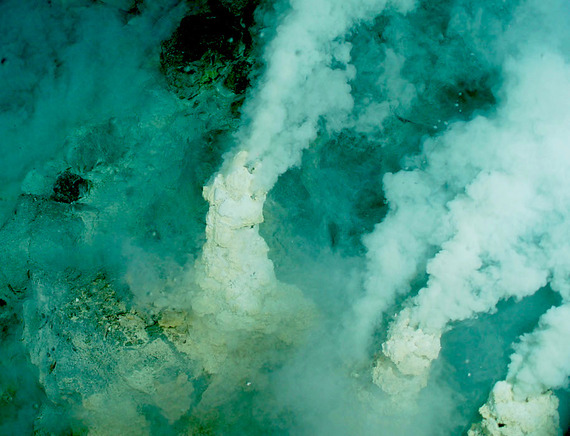 Europa might have similar vents, but its possible life forms may not be limited to huddling around piping-hot geothermal plumes: microbes have been discovered in lakes beneath half a mile of glacial ice that appear to eat iron and sulfur. Who knows what we might find under Europa's crust?

So let's go see what's there already. And how do we do that? By sending robots. As much as we'd like to send astronauts, we have to be realistic: we haven't even put a human on Mars yet. Europa, being a moon of Jupiter, is two stops further out on the solar system's highway if you count the asteroid belt (we do). Someday we'll make Europa Report a reality, but we're not there yet. In the meantime, the success of the European Space Agency's Rosetta mission has shown once again that we're getting pretty good at making robot probes with missions that even aerospace engineers describe as "ridiculously difficult." And let's not forget the 18 international teams competing for the $30 million Google Lunar XPRIZE that are racing to be the first to land a privately funded robot on the Moon. The technology they're developing will not only take us back to the Moon for good, but much further out into space one day.

That said, a successful mission to seek out new life on Europa easily shoots past "ridiculously difficult" into the realm of near impossible. Our intrepid robot would need to:

And it needs to do all of this autonomously. We can't control a robot on Europa from Earth because of the sheer distance: at 469 million miles away, signals sent from here would take about 45 minutes to arrive there -- even traveling at the speed of light.

Fortunately, Dr. Bill Stone is working to develop exactly the kind of technology we're likely to need if we ever want to see what's under the Europan ice. Stone is an explorer who's led expeditions into some of the deepest cave networks in the world. He's also an inventor who's developed a series of robotic exploration vehicles -- including robots that can swim. One of these swimming robots is the DEPTHX, a 3,300-pound underwater vehicle developed with backing from NASA. Loaded with more than 100 sensors, 36 computers, and 16 thrusters and actuators, the DEPTHX essentially thinks for itself -- deciding where to swim, which samples to collect and how to get home. 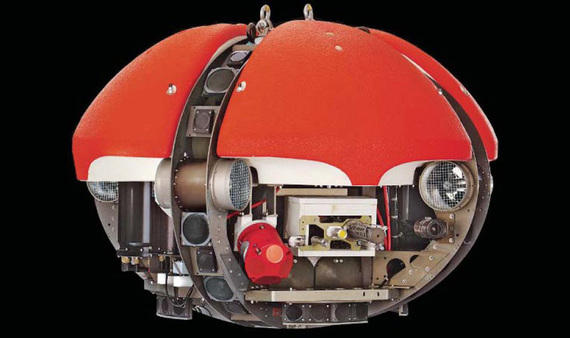 The DEPTHX was developed as part of NASA's planetary robotic efforts directed towards enabling a future mission to the sub-surface ocean of Europa. (Source: Stone Aerospace)

Unfortunately, NASA doesn't currently have any plans to send a lander on its Europa Clipper mission -- although the idea was at least discussed last month at NASA's Ames Research Center. But considering that the earliest the Clipper could depart is 2022, there's still time for someone to design and build the right robot for the job. Hmmm, maybe we need another XPRIZE? After all, while we're committed to going back to the Moon for good, it's not the only moon in town.

Do you have an idea for an XPRIZE? Submit your prize idea here.