Along the faded grass of the National Mall stands one of the most recognized buildings in Washington, D.C.: the Smithsonian Institution Building, better known as the Smithsonian Castle, with its distinct rusty redstone façade and Romanesque towers. In a city full of white marble monuments, the Castle stands out remarkably.

But did you know that the Castle's distinct red sandstone was quarried locally? The Seneca quarry, a long forgotten site in western Montgomery County, Maryland 23 miles up the C&O Canal, was the quarry for the Castle and hundreds of buildings around the Baltimore-Washington region. The Castle launched five decades of Victorian architecture around the nation's capital.

For the past year, I've been researching the first-ever history of the Seneca quarry, a largely unknown local history gem. I'm proud to say that that book, The Smithsonian Castle and the Seneca Quarry, has now been published. My publisher, The History Press, and I wanted to publish the book in time for Black History Month in February, as so many emancipated men worked at the quarry after the Civil War -- and there's strong indication that slaves worked there before the war. Thanks to the Montgomery County Historical Society, the Maryland-National Capital Park and Planning Commission, the Sugarland Ethno History Project and the C&O Canal, we've gathered a treasure trove of photos showing the quarry in action, many of them showing the faces of African Americans. The book is illustrated with a map of the quarry area and 80 images -- including 30 color photographs. 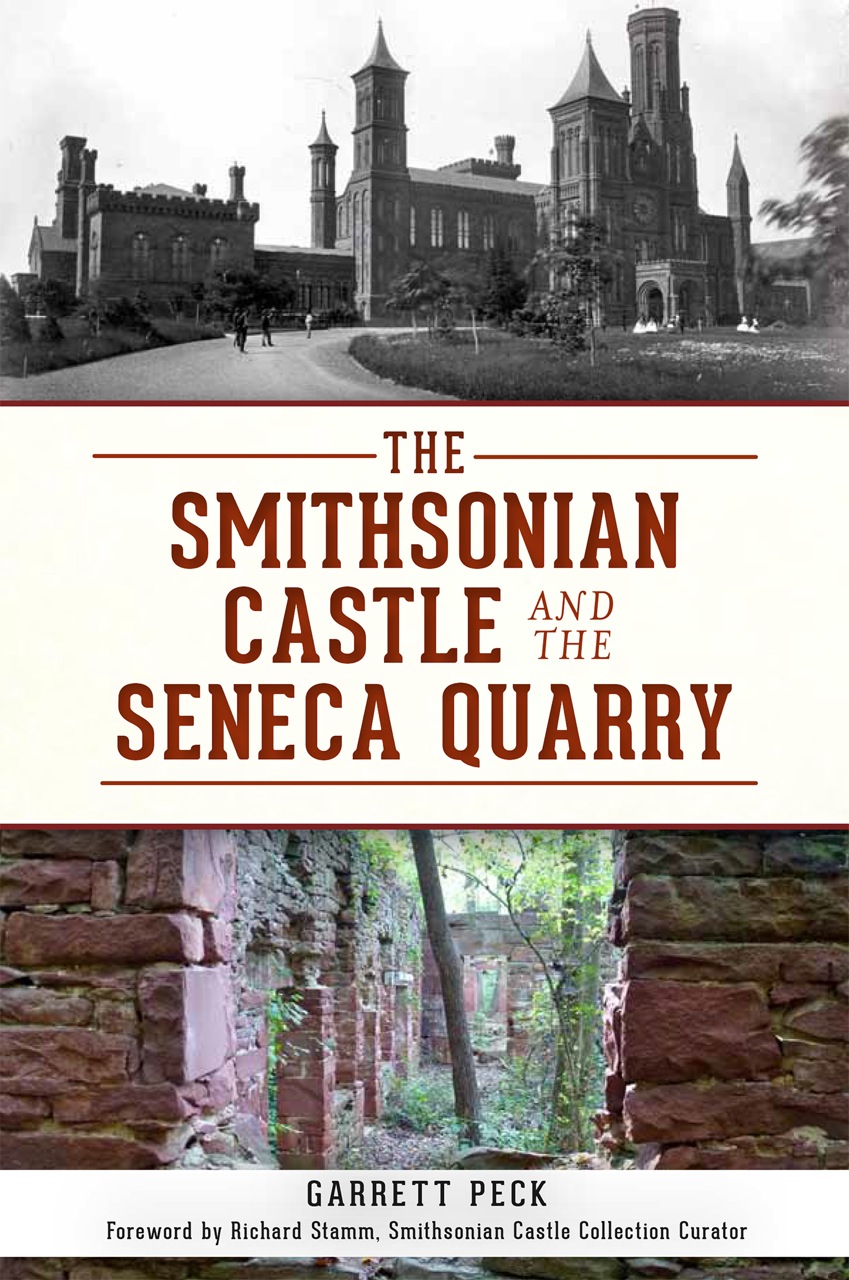 The book itself is a sequel, if you will, of The Potomac River: A History and Guide, which the Huffington Post reviewed in May 2012. Of the hundreds of historic sites I covered in that book, the Seneca quarry was the one that was simply lost to human memory. Not a single interpretive sign lets you know that the quarry is there. It may as well not exist to most.

Although the quarry sits right along the C&O Canal near Seneca Aqueduct, most people bike or hike right past without noticing it: the quarry is covered with impenetrable forest and thick brush. Winter is the ideal time to visit, when the quarry is actually accessible. It's an impressive site: along this one-mile stretch of the Potomac there were numerous redstone quarries, worked by the Peter family of Georgetown until 1866. Visitors can see the 1853 fence piers from Lafayette Square that were dropped off at the quarry in 1999, then venture into the quarry and see the visible remains of chisel and iron rod marks, steel anchors for the numerous derricks, and the restored quarry master's house that still stands above.

Just to the west is the Bull Run quarry, where quarry owner John P.C. Peter dug the stone for the Smithsonian Castle. He won the contract to supply redstone for the Castle, then died horribly in January 1848 of lockjaw less than a year into the project. The Kiplinger family now owns Peter's nearby home, Montevideo, and has beautifully restored it.

The Seneca Sandstone Company purchased the quarry after the Civil War. It was a financially mismanaged and undercapitalized company that had attempted to influence peddle by selling stock to senior Republicans for half price -- including to Ulysses S. Grant. When it went bankrupt in 1876, the Seneca quarry helped bring down the Freedman's Bank. This forgotten chapter in American history became known as the Seneca Stone Ring Scandal, a scandal that none of Grant's biographers covered before. Discovering this scandal was the single biggest surprise in all my research.

Given how important the Seneca quarry is to our history, I've often wondered why we don't have a quarry visitor park, and I advocate for such a park in the book. It would be a fine addition to Montgomery County. Fortunately the land is preserved: the quarry itself sits within the boundaries of the C&O Canal National Historical Park, while the stonecutting mill and quarry master's house are part of Seneca Creek State Park. A visitor park would straddle both. It could include interpretive signs, a hiking trail, stabilization of the stonecutting mill, and restoration of the Seneca Aqueduct. It would be a year-round destination to explore our history.

Peck will speak about his latest book, The Smithsonian Castle and the Seneca Quarry, at Georgetown Neighborhood Library on February 21 at 6:30 p.m., at Politics & Prose on February 24 at 5:00 p.m., and at the Hill Center at the Old Naval Hospital on February 28 at 7:00 p.m. In addition, he's leading a tour of Seneca quarry on March 2 at 1 p.m., followed by a reception at nearby Rocklands Farm at 3:30pm. Books will be available for purchase and signature at all of these events. Politics & Prose is also organizing a tour of Seneca quarry on March 16; registration is required.